Prime Minister Narendra Modi with the six women officers of the Indian Navy who are set to circumnavigate the globe on the sailing vessel INSV Tarini in New Delhi Aug. 16, 2017. Also pictured is Chief of Naval Staff Admiral Sunil Lanba. (IANS/PIB photo) 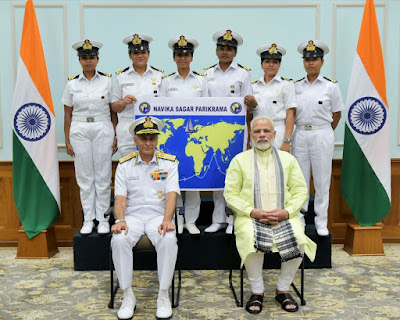 This is post straight from the source, though I have added bold face to some bits. Jo.


NEW DELHI — The Indian Navy Aug. 17 said it is committed to increasing the role of women in the force and, as part of that effort, has an all-women crew set to circumnavigate the globe next month.

The team will be world's first all-female military team to circumnavigate the globe and the first all-women team in Asia to undertake such a challenge.

At a press conference announcing the circumnavigation, which is called Navika Sagar Parikrama, Chief of Personnel, Vice Admiral A.K. Chawla said: "We are committed to enlarging the role of women in the Navy. We have opened up several avenues, women pilots are flying Naval aircraft, and it is not a noble gesture, they are capable..."

"We are moving in a gradual manner... there are many issues to address on sea, like accommodation, future progress, and induction as well. I hope over a period of time it will happen," he added.

The Indian Navy has not yet deployed women on warships.

Lieutenant Commander Vartika Joshi, who is the first woman to be a skipper on an Indian Navy vessel and who will lead the team, recalled the moment she learned the Navy was looking for female officers to volunteer for the Cape to Rio Race in 2014.

"I was sitting in front of the computer and wondering where life was taking me... I felt it was a dream come true," she said.

Along with Joshi, the team includes Lieutenant Commanders Pratibha Jamwal and P. Swathi, and Lieutenants S. Vijaya Devi, B. Aishwarya and Payal Gupta.

In early September, the team will sail a 55-foot-long Indian Navy sailing vessel – the INSV Tarini from Goa.

Circumnavigation means the boat will be in open waters the entire trip and cannot travel via straits or canals along its way. It has to cross the equator at least once and the total distance covered must be greater than 21,600 nautical miles, the circumference of earth.

The ship was made indigenously at the Aquarius Shipyard Limited in Goa.

Ratnakar Dandekar, who made the ship, said it was made of wood covered in fiber glass, which will give it maximum strength for the challenging journey it is to undertake.

According to Commander (retired) Dilip Donde, the first Indian to circumnavigate the globe solo and the man who trained the team, said the crew will face the some of the roughest seas on their journey.

"The leg where they cross the Pacific Ocean is going to be the toughest. In the Indian Ocean, in monsoon, the highest waves are three-four meters, in the Pacific, on a day if the wave is below five meters high, it is considered a good day... In addition it is very cold," he said.

The Pacific Ocean leg of the journey is expected to take around eight days.

The team is, however, prepared for the grueling journey and has already sailed in the rough waters of the Indian Ocean during monsoon, as well as participated in the Cape to Rio 2017 sailing race.
http://www.indiawest.com/news/india/all-female-naval-crew-set-to-circumnavigate-globe/article_873ef0c8-8382-11e7-80b8-0723f93c931d.html
Posted by Dr Jo Stanley, FRHistS. at 01:36 No comments: 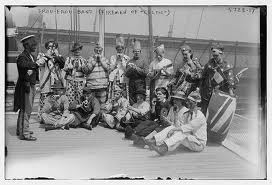 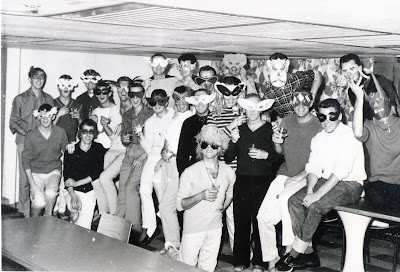 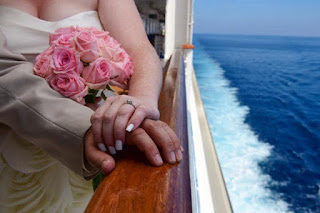