Alex Beecroft: fictionalising queer seafarers in the age of sail 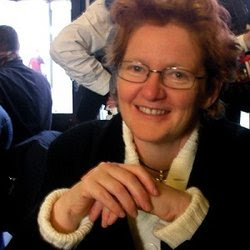 Could maritime novelist Patrick O’Brian ever have expected that he would accidentally generate a new sub-genre: M/M (meaning male/ male) romances about the sea in the Age of Sail?
Ms Alex Beecroft’s five M/M novels show what can happens when men are on ships together. Homosocial situations turn to homoerotic ones. Men fall in love, and carry on sailing. And how much more enjoyable a voyage is for that!
Of course, queer seafaring in reality is still an occluded subject. There's only a handful of history books, and several paragraphs - all mainly based on criminal proceedings and hostile witnesses' accounts. See my bibliography at https://www.academia.edu/19982031/Queer_Seas_bibliography
Alex's fiction is part of the re-writing of history that corrects the false assumption that everyone was heterosexual. Joanna Chambers has similarly written M/M historical military romances, such as Unnatural. Jasper Barry created The Second Footman, about a 19C bisexual male servant. 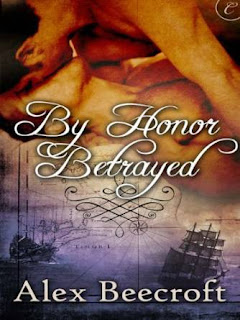 INTERVIEW
I find Alex’s novels about this world deeply enjoyable and satisfying. And I’m intrigued that they are written by woman who isn’t even a boatie; read by metropolitan men who certainly didn’t sail in the 18C; and relished by straight landswomen.
The bizarre nature of this phenomenon is why I have just interviewed Alex by email. Here are the replies she kindly sent:

Q. Why did you start writing queer Age of Sail books? Did you feel something should be explored about the hidden potential sexual extent of those close on-board relationships in history books and in novels such as those by Patrick O'Brian?

A. I started writing queer Age of Sail (AoS) books as a direct result of watching Pirates of the Caribbean: Curse of the Black Pearl. There's a moment in the film, right at the start, where HMS Dauntless glides out of the fog with all her timbers and sails creaking.
It hit me right in the heart.
I fell in love instantly with the magic of tall ships. As a result of this new love for 18th century weapons of mass destruction, I started reading up on the 18th century Royal Navy, both in non-fiction and fiction.
I discovered Patrick O'Brian. O'Brian gave me another of those "OMG, how did I live before this moment?" feelings. He instantly went to the top of my favourite authors list.
I have recently discovered asexuality and realized that I was asexual. But all of this took place before that realization, during the time when I didn't know what I was.
I knew I wasn't a gay man, but I had been struggling with my gender all my life (I now identify as agender or non-binary). Certainly I did know that I wasn't very good at being straight.
As a result, I'd always identified with queer characters without really knowing why. I identified with that sense of being a misfit/outcast because of something you were born with and could do nothing to change. I identified with that disconnect from the surrounding society.
And thinking back on it, I don't think I've ever really written heterosexual main characters. My Main Characters, such as Captain John Cavendish on HMS Meteor in 1762 (False Colours), have always either been totally disinterested in sex and romance or they've been queer in some way - gay or bisexual or trans.
It was never really a question for me. Queer people have always existed. Queer people were who I wrote about. Why on earth wouldn't I have queer Main Characters? 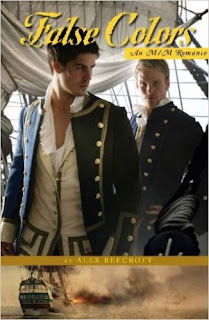 Q. What sorts of market has there proved to be? Would your readers tend to be maritime or queer, or what combination of both?

A. As far as the market goes, I only really have anecdotal evidence to go on. My experience has been that I've had more fan mail from men.
Most of it is the 'OMG, I never thought I would see this kind of book with a protagonist like me. Thank you!' sort.
But in egroups and book groups the people who talk about the book tend to be women. My impression was that gay men tend to find False Colors in book shops. They don't necessarily know the m/m romance genre is out there.
By contrast, women of whatever orientation tend to be online more. I have had False Colors and Blessed Isle added to a couple of maritime fiction reading lists. But my feeling is that more people are looking at them as queer books about the Age of Sail than are looking at them as Age of Sail book with queer characters.
In the early years of the M/M romance community, when False Colors came out, the received wisdom tended to be that the readers were predominantly straight women. False Colors and its running mates were marketed as ‘By straight women for straight women’.
Such a description ignored the fact that the authors were in fact two bisexual women – Erastes and Lee Rowan, plus Donald Hardy, a gay man, and me (a person who didn’t yet realize at that point that they were an agender asexual).
This precipitated a real upheaval of the community. Readers started to speak up and say “No. Actually we’re queer, and we’re fed up of being spoken about as though we’re imaginary even in a genre that purports to be about us.”
Ever since then, I’ve tended to assume most of my readers were MOGAI (Marginalized Orientations, Gender Alignments and Intersex)in one way or another. Even if – like me in those days – they haven’t yet worked out exactly how.
Lee Rowan was publishing gay Age of Sail fiction well before I did. Her Ransom series was really the trailblazer for queer naval historicals. I owe my start in publishing to her suggestion that I should submit the manuscript of Captain’s Surrender to her publishers. http://www.historicnavalfiction.com/related-authors/1713-lee-rowan 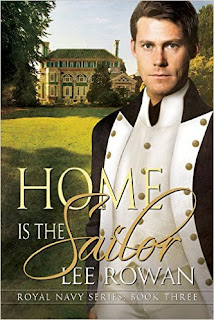 Q. What pleasure was there in it for you? Are you sort of one of those queer sailor boys manqué?

A. I do love my war machines! I love stories that take place in small, tight knit military communities. I love military science fiction.
A story about the 18th century Age of Sail is like Star Trek, boldly going where no (Western) man has gone before. And it has the added charm of gorgeous clothes and an interesting and intriguingly weird world view.
I found the culture/power structure in the 18th century Royal Navy tremendously interesting. And it was a small enough subject that I could become reasonably well versed in it in a short time.
The expansion of knowledge in the Age of Enlightenment gave, I felt, a glorious, optimistic world view. And the queer subculture of the time was stirringly vocal and unashamed and good to be around.
For example, there is a transcript of the trial at which possible trans man/possible gay drag queen Princess Seraphina took a man who had robbed her to court. She was supported by her female friends and neighbours from whom she used to borrow clothes. (http://rictornorton.co.uk/eighteen/seraphin.htm)
Also I love learning. The opportunity to find out what all the masts were called, and how you clewed off a lee shore, or navigated by knots and bits of wax stuck on the end of a plumb line was fascinating.
I don't want to be a queer sailor. I'm a queer writer. What I enjoy is to find out new things and then tell stories about them.
I feel you'd have to have very little romance (with a big R) in your soul not to be a little captivated by the lure of a tall ship and a star to steer her by.

Q. Why did you stop producing these books six years ago, and move onto other subjects?

A. Because I enjoy finding out new things. I got to the point where I felt if I wrote one more Age of Sail story, I would end up repeating things I'd already done.
I started to feel so familiar with the life on board ship that it stopped seeming strange and wondrous. It started to seem ordinary. I wanted to try something new.
There are many other things in history which are equally interesting which I fancy exploring -- such as the ancient Minoans, who I've been reading up on recently. What a fascinating world they lived in!
Also, by nature I've always been more of a fantasy and science fiction fan. Producing the Age of Sail books was a thoroughly enjoyable temporary blip. I may come back to it later. Or I may not.
Margaret Atwood popularised the adage “The proper study of Mankind is Everything” I quite agree. And if I'm going to write about everything I find interesting, I can't stay on any one thing too long. 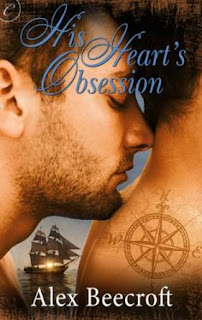 Why do women write M/M fiction?
Alex’s discussion, ‘Why do women write m/m fiction? Answers for the men’, can be found at http://alex-beecroft.livejournal.com/72155.html.
She remarks ’Bear in mind that it’s a snapshot of what the debate was like in the m/m romance world in 2009. Both the debate and the community have moved on a lot since then.
‘For up to date discussion of the issues surrounding queer romance and literature, try subscribing to Riptide Publishing’s Tumblr http://riptidepublishing.tumblr.com. It’s a good jumping off point from which to listen in to the discussion as it is still going on.’