Giving birth to babies at sea 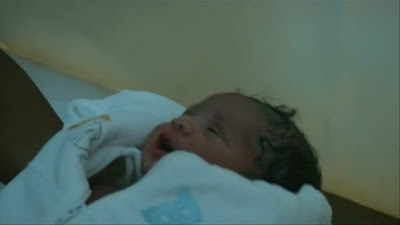 Sophia, aged 3 days, is currently the most famous baby, certainly sea-baby, in the world. Representations of her, her mother and the surgical team are on youtube (www.youtube.com/watch?v=AlaeM39TO-8) because she was born on a ship. Her refugee mother Rahma fled Somalia five months ago.
Sophia was born on the naval frigate Schleswig-Holstein on 24 August which helped the multi-navy rescue of 4,400 migrants in four struggling craft last Saturday, 22 August. The UK Navy's hydrographic vessel Enterprise took Rahma aboard first, before transferring her.
*******
Francesca Marina, a Nigerian baby (see pic below) was born in May on an Italian Navy ship. The Bettica rescued her economic migrant mother Stephanie Samuel from a people-smuggling boat that stalled after only being at sea for three hours.
“I didn’t expect the baby, you know, but she just came,” said Ms Samuel. “I just wanted to leave Libya. Italy is better than Libya and Nigeria is the worst.”
The baby was named after Italy’s Marina Militare (Navy.) (For video see http://www.telegraph.co.uk/news/worldnews/europe/italy/11581553/Baby-born-to-migrant-mother-at-sea-hours-after-Italian-navy-rescue.html). Her dad is still in Libya. 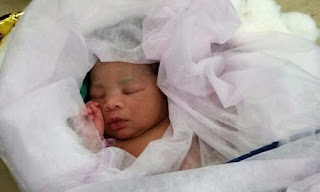 At that point Francesca Marina was the sixth baby to be born on an Italian Navy ship.
Sophia is said to be the first to be born on a German Navy ship (but records of such matters are usually unreliable)
Sophia and Francesca are symbols of the human side of refugees’ plight. The media spotlight on them should help generate more sympathy for other fleeing people, although Sophia is already also the target of xenophic posts.

History
Babies have been born, conceived, aborted and miscarried on ships for centuries:
~ European women fleeing the fall of Singapore went into labour on tiny rust buckets, under fire in February 1942. Some miscarried.
~ Nineteenth-century British migrating mothers headed for new lives deceived doctors about how pregnant they were (28 weeks is today's maximum). Everyone on board celebrated the arrival of these non-paying passengers and contributed items for their layettes.
~ Muslim pilgrims in the 1950s thought it lucky to have a child on route to Mecca. So British women doctors such as Joyce Watkin gained some of their first opportunities to work at sea, on Blue Funnel Line pilgrim ships. There they dealt with miscarriages as well as births.
~ In May Alice Keir secretly bore, then neglected to death, her full-term first baby on a Caribbean cruise ship. Cleaning team staff found the corpse under the bed. Alice is on trial.

Naming practices
On merchant and warships alike, new arrivals are named after the ship or the surgeon. Naval history books routinely celebrate babies born on battleships, such as Daniel Tremendous Mackenzie on the Tremendous in the Battle of the Glorious First of June, 1794.
He even got a medal for being in that battle. (His mum didn’t. Women weren’t even allowed to apply for awards.)
By this token, we might wonder whether Sophia will be called Schleswig-Holstein (a bit of mouthful); after the surgeon who delivered her, Darius X; or what.
But how does the trauma get recorded too? In an invisible middle initial 'T'?

A counter-intuitive ‘maternity ward’
There’s a fascinating piquant irony about a new infant emerging in container devoted to war. Unlike a maternity unit, a battleship’s a place where carnage was normal. The blood that surgeons routinely dealt with is that spilt by male warriors as a result on enemy action.
It feels so counter-intuitive, that something so tiny and politically innocent can appear in a climate of conflict between nations, of hyper-masculine heroic endeavour, and only patchy tenderness and vulnerability.
Certainly a new baby and an umbilical cord, on a warship, seem like a classic example of matter out of place, in anthropologist Mary Douglas’s terms.

Symbolic meanings
But more interestingly – and less traceably – what has Sophia’s delivery at sea meant to all those involved?
Travel is transformative, as scholars such as those at www.transformativetravel.org argue. Transfers, as the journal of that name (http://journals.berghahnbooks.com/trans/) reveals, have all sorts of significances.
# So what will it mean to the grownup Sophia’s sense of identity that she was born in this military container, after being at risk in a tiny craft full of traumatised migrants? That she and her mother were transferred from African strugggle to privileged Europe in this water-bourne way?
# Will her mother have a slightly easier life in her new land, because the high-profile (but anonymised) transfer of the baby from womb to warship will bring charitable gifts and offers of support?
# Will German sailors be enabled to think differently about this Other – a young female, a black civilian, a migrant in desperate need (not a state employee like them) – because they witnessed this ‘anomaly’ close-up in their own home-workplace? They know the reality of voyages for the less-privilegd people like these migrants pictured below, often the victims of people smugglers who would,presumably, disregard pregnancy. 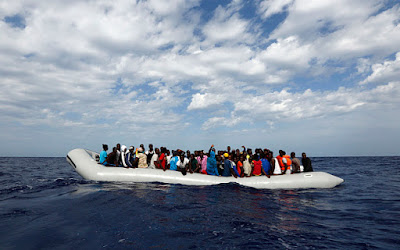