Dianne Brimble, in dark blue top,climbing aboard the Pacific Sky, on which she was later assaulted at sea and died


New revelations that hundreds of women have been sexually assaulted on cruise ships emerge today in Noosa News.

'Dr Poulston described the findings as "chilling"...The research, which analysed data from FBI reports and three major cruise lines, found there was an unusually high incidence of sexual assaults and unwanted sexual contact on cruise ships:

Cases include Australian mother Dianne Brimble who died on a P&O cruise in 2002.Her naked body was found in the cabin of four men. She had overdosed on the date-rape drug Fantasy. (For more details see http://www.cruiselawnews.com/tags/dianne-brimble, which includes a video and photos of the eight 'men of interest' allegedly involved.)

Jill Poulston's research found that 'Attackers were largely members of the crew, while the victims were predominantly female and of varying ages.More than a third of the assaults occurred in passengers' own cabins - often after crew forced their way into the rooms.

'Dr Poulston said the data used mostly involved American and Canadian incidents... the research found "the rate of sex-related incidents on cruise ships is almost 50 per cent higher than the rate of sexual assault on land in Canada".

'Dr Poulston believes one reason assaults are so high on cruise ships is the fact passengers arrive on board and let their guard down. Examples of sexual assaults given in the research varied from a 14-year-old girl who had been kissed and inappropriately touched by a Second Officer through to a woman who was raped in her cabin by a steward.

'A spokeswoman for Royal Caribbean International, which also owns Celebrity Cruises, said ... the company carried more than 4.5 million guests and crew members in 2010 and reported thirteen allegations of rape and eleven of sexual assault - not all of which were upheld.

'A spokeswoman for Carnival Australia, which operates P&O Cruises Australia and New Zealand, said claims of sexual assault on board its ships were extremely rare and there was no data to suggest assaults of any kind occurred at a higher rate on its ships than on land.'

The meanings of this story for me are not just that it affirms my findings that ships are highly sexualised places, and reiterates the question 'why?'. Nor that it confirms that abuse happens, especially to women, and that perpetrators get away with it; we already know from the case of Akhona Geveza and the Gorch Foch crew (see earlier entries in this blog). Nor is also that shipping lines are dilatory in admitting the problem and disciplining the wrong do-ers.

It's more that research into gay seafarers shows that, ironically, shipping lines in the past dealt with the problem very well - by employing male seafarers who were not heterosexual, and therefore seldom a threat to women passengers. Some may joke that the obvious solution is simply to employ an all-women crew.

But the real answer is to tackle the pervasive sexism that means women are repeatedly victims of assaults. The over-sexualisation of holiday, over-use of booze and availability of date-rape drugs doesn't help either. As commentators of Dianne's death said, have a lot of fun, but have it responsibly.

For more info on such crimes see: http://www.cruisejunkie.com/
Posted by Dr Jo Stanley, FRHistS. at 01:02 No comments: 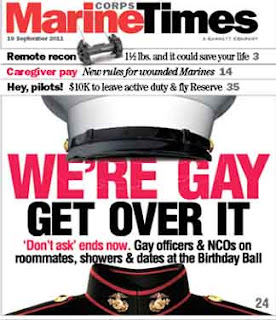