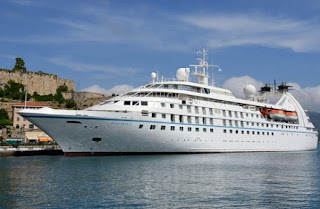 " The quick response of two Santa Monica women aboard a cruise ship, led to the rescue of a passenger, who went overboard into the Mediterranean Sea, off the coast of Italy. 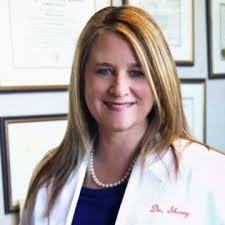 Dr. Sherry Ross (pictured left) and Dr. Peggy Gutierrez (pictured below) witnessed the woman plunge into the water at approximately 1:30 am on Nov. 8, as the ship traveled from Civitavecchia to Portoferraio. They immediately reported the incident to the crew of Windstar Cruise’s Star Breeze, then made every attempt to keep the victim in sight, while calling words of encouragement and keeping the victim engaged. 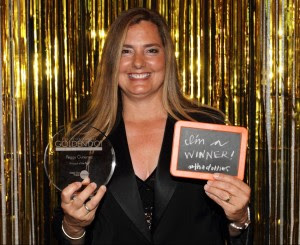 Details are unclear as to how or why the 43-year-old American passenger went overboard, but once in the water she fought hard to survive, back-floating and shouting for help. The crew activated rescue operations, shooting flares into the sky and tossing into the water a buoy containing a light and GPS feature, although by that time, the victim was no longer in sight.

Apparently, the crew used sophisticated computer calculations and a study of the water’s currents to estimate the coordinates of the victim’s location, as the ship reversed course. After well over an hour, the victim was sighted and pulled from the sea. Calm waters and relatively moderate Mediterranean temperatures were said to be factors in the woman’s survival, in addition to her own will, strength, and endurance.

The Chief Officer told Doctors Ross and Gutierrez that 99 percent of those who fall into the water on a cruise ship are not found alive.

The ship’s crew and passengers praised the heroic actions of the two Westside women, who were the sole witnesses to the accident, and whose immediate and intelligent reaction averted tragedy and saved a life. Both women are also highly regarded in their professional lives.

Dr. Ross has a private medical practice at Providence St. John’s Hospital in Santa Monica, specializing in obstetrics and gynecology. Dr. Gutierrez is Principal at Locke High School in Los Angeles, serving students in the community of Watts.

As to the rescued passenger’s welfare, the Chief Officer reported that she is doing well and traveling through Europe."
Posted by Dr Jo Stanley, FRHistS. at 04:25 No comments: