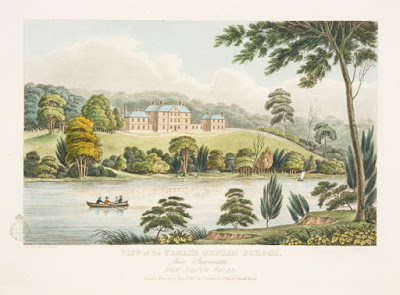 This month the British Library is running  a series of blogs about the emigration of children from the Madras Orphan Asylums to New South Wales: BL Blog orphan girls

There's a little information about the usual anxieties  about girls' virginity on the voyage, which was safeguarded by a matron. Other histories have shown that some young migrating women eagerly escaped their chaperones to secretly meet men on dark decks. Some were sexually used by male crew and passengers. Some ended up pregnant, which impaired their job prospects. From 1850 the law stepped in.

In the BL blog no mention is made of whether the children were mixed race. But occupying British troops in India at that time had children by local women and then abandoned these 'Anglo-Indian' dependents. Possibly only light-skinned children who could pass as white British were sent off overseas.

Here's what the blog says:

Discussions about sending girls to New South Wales from the Madras Female Orphan Asylum took place throughout 1841 and 1842.  The Asylum drew up a list of girls willing to emigrate, with details of their ‘Character, Disposition, and Proficiency’ ..

On 3 January 1843 the [new steam] ship Duchess of Kent arrived in Sydney with ... five girls travelling in steerage.

There were a number of convicts on board ... no objection was raised because a ‘steady and respectable matron’ had been employed to look after the girls in case they might be ‘corrupted’.

Mrs Wooller accompanied the girls for a fee of £35, half paid in advance and half paid on arrival in Australia once the ship’s captain had confirmed that she had discharged her duties properly.

She had recently accompanied the family of Major Cortlandt Taylor [1798-1874, and seemingly his wife Emily] from New South Wales to Madras and now wished to return home to Hobart Town.

[From my own ancestry.com searches it looks likely that Mrs Wooller had initially sailed to New South Wales in 1829, on the Princess Royal. I've found an Elizabeth Wooller who was thought to be 30-odd (born 1799-1800). It's not clear why she sailed at that time, for example was she the wife of a convict?

[Two years later she was granted the right to marry convict Matthew Flynn. We may wonder if he had died or if the marriage had not worked out, as she was sailing under her own surname in 1842 and had a mobile career.]

The girls were taken initially to the Female Orphan School near Parramatta [pictured, in 1825] ... the New South Wales authorities said a report on their ‘disposal’ would be sent after six months.

A letter from Sydney to Madras dated 26 April 1844 ... said that the girls had been ‘kept in India too long, having apparently acquired confirmed habits of indolence’.  In future, no girls should be sent from Madras above the age of ten or eleven  ... [These five were 13, 14 and 15]

Four of the five young women were far from biddable. One was:

• Caroline Smith [14] – Sullen and idle.  Went to Mr Mills, schoolmaster at Parramatta, on 25 July 1843 as a children’s maid.  Conduct so bad that she was only kept there two months.  Then sent to Mr Buchanan, a clerk at North Shore, without wages.  Was returned again to the school with ‘a most disgraceful character’.

• Mary Watts [15] – Very good conduct.  Went on 25 July 1843 to live with Dr Smith of 99th Regiment as children’s maid, but returned on 2 December after the baby died.  Went on 4 December to Mr Fletcher, shoemaker in George Street Sydney.