Marry a pirate and live to regret it.? 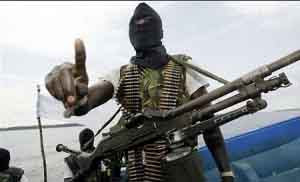 Somali women want to marry pirates. Or at least they think they do, according to an The Korea Herald - McClatchy-Tribune Information Services via COMTEX report of Jan 28, 2011: 'Somali pirates are the most sought-after [bride]groom[s] among Somali women'[January 28, 2011] http://satellite.tmcnet.com/news/2011/01/28/5275018.htm

My blog of 13.10.2010 shows what a mistake it can be to say 'I do' to a modern swashbuckler. Accoding to Shukria Dini’s findings such marriages can be nightmares, not fun-filled eternal bliss with a Johnny Depp-substitute.

Certainly marrying a high-flying pirate can bring (limited and temporary) access to wealth beyond the earning power of most women in impoverished countries. The article quotes a Financial Times report that the average ransom a gang of Somali pirates gets is $5,4m.

From that it's easy to see why women are excluded from the action end of this industry.

In an interview with the BBC Abdi Farah Juha, a resident in a regional capital of Somalia, said most of the pirates are aged between 20 and 35 years and in the piracy business for money. 'They wed the most beautiful girls; they are building big houses; they have new cars; new guns.'

Yes. And they ditch those wives for newer models, spend the dosh on dope, and die young. Not the best of prospects. So don't put your daughter in the piracy marriage market, Mrs Worthington. Get her an independent career of her own.
Posted by Dr Jo Stanley, FRHistS. at 06:01 1 comment:

Women at sea in Royal Navy: The transition years

Kath Sherit made an interesting presentation about Wrens and their seafaring, at the Institute of Historical Research yesterday (Wed 26 Jan 2011).

The long saga in the 1970s and 80s about whether Wrens could be allowed to go sea in Britain's defensive navy is a tangled tale. Using official reports and participants' revelations, Sherit has created a clear summary of what was going on. It's part of her Ph.D.

One of the key reasons women were finally allowed into men's hallowed vessels is that there simply were not enough men - competent men - to do the job.

The picture above is one I tinted from a photo. Although it's a Wren (a Boarding Officer) from an earlier period, it is a really good illustration of the way men possessed the high ground - and the way women were positioned as interlopers.

Because I know about women in the Merchant Navy Kath asked me later why sea service had lost its appeal in the 1970s and 80s. I don't think it did in the Merchant Navy,in relation to women - but I have found no stats to prove it. It would be great if someone working in personnel in shipping offices at that time could send me some information.

My hunch is that throughout the 1970s and 80s, opportunistic women landlubbers continued to be attracted to the sea. They were interested both in:
# the newly-opened up 'men's jobs' like electrician following the two 1975 equality laws
# the glam newish jobs like croupier, beautician, and ship's photographer.

I sense that in the 1970s and 80s the MN and RN attracted very different sorts of women. The Merchant Navy drew adventurers who wanted to be at sea for a while and didn't necessarily have a sense of vocation or national commitment.

By contrast the Wrens probably attracted women who wanted to be in institutional settings, women who'd been in sea cadets or had family in the forces etc and were looking for a solid career, maybe in defence.

The Greenham Common effect meant that in the 1980s very many lively women (potential seafaring material) were peaceniks opposing Trident, and eschewing the military-industrial complex. Belonging to the Royal Navy would not have made such women popular in some circles - let alone enviable, as they sometimes are today.

On the equal opportunities front these days, the Royal Navy is a much better employer. It has really good anti-harassment policies and practices. But Merchant Navy women are captaining bigger ships.
Posted by Dr Jo Stanley, FRHistS. at 18:10 No comments: 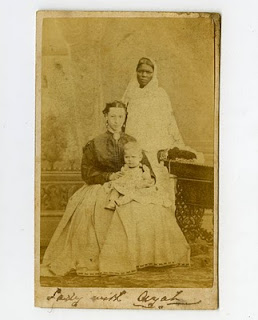 This BASA article is part of a much bigger work I am doing on ayahs who sailed.
Posted by Dr Jo Stanley, FRHistS. at 05:18 1 comment: 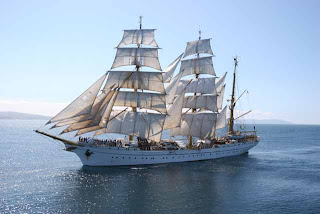 OK, ships have their bizarre initiation rituals. Though most of us wouldn't like to undergo them, some rituals may not be harmful.

But German navy sailing ship, the Gorch Fock, is undergoing a mutiny investigation because it's all gone too far. It's just emerged that after Nov 2010 some recruits refused to obey orders after a woman cadet fell to her death from the rigging.

Sarah Lena Seele (25) was bullied into climbing the 27 metre mast in a training exercise, say her colleagues. Insult was added to injury when the ship's crew held a raucous party just three days after the woman had died, reports Helen Pidd in a Guardian article: German Navy hit by sex, drink and bullying scandal. http://www.guardian.co.uk/world/2011/jan/25/german-navy-sexual-harassment-claims.

Another women cadet, Jenny Böken (18) has also died in mysterious circumstances. She drowned in 2008 and her parents believe she was sexually harassed in the run-up to her death. They have demanded a full investigation.

“I think it is absolutely possible that Jenny was harassed and went overboard during a quarrel,” father Uwe Böken told Bild. “An accident simply doesn’t make sense. From the beginning I’ve thought that sexual coercion was the scenario.”

There have been many complaints about sexual harassment and bullying on this ship. Not only are women the targets, but also young men. Pidd writes: 'In the leaked report... [the parliamentary ombudsman for the armed forces, Hellmut Königshaus] and his team report tales of massive alcohol consumption on board. Drunken officers forced their underlings to scrub their vomit from the deck, it is claimed, and threatened to kill cadets while intoxicated.

'One male cadet complained of sexual harassment in the ship's showers. "It was like being in jail on the ship," he reportedly told investigators. "Every new recruit had to offer up his arse." The cadet said crew members were always throwing his shampoo bottle on the floor so that he had to bend down to pick it up.

'Over the weekend a female cadet told the tabloid Bild that she and other women were frequently propositioned by men on board.

'According to another report in Spiegel Online, one recruit told investigators that crew members told him they were members of the Aryan Brotherhood. [This is]the racist group which is responsible for murders, extortion and drug trafficking in US prisons.

Königshaus wants to install an equal opportunities officer on board.

This entirely misses the point that harassment and bullying are cultural problems, to be tackled at the root. Any one who has been at sea will know this can't be just a one-off situation. The case of cadet Akhona Geveza (see my blog July 25 2010) makes that clear.

Respect has to be taught and learnt and learnt, not least in the isolated and pressurised spaces of a ship at sea where people are so vulnerable to bullying.

See more at the Safety4sea site: http://www.google.co.uk/imgres?imgurl=http://www.safety4sea.com/admin/images/media/2010.11.09_GORCH_FOCK
Posted by Dr Jo Stanley, FRHistS. at 18:02 No comments:

I can't bear to post a picture and give this whole sorry saga any more attention than it already has had. The pathetic anti-gay, semi-pornographic videos circulated on this ship deserve only three comments.
1. It's useful that we now know the kind of immature culture that exists on - probably many - US naval ships. Those videos have been an education in the pervading attitudes and values in the US navy - and implicitly raise questions about how it is in other navies. The publicity has allowed much useful airing of discussions of LGBT matters and gender at sea.
2. How much use is it to sack the commanding officer, really? Yes, it's great that an official stance is being taken against a senior figure who has perpetuated bigoted and unacceptable attitudes.
But isn't it mainly a bit of tokenism to quiet the scandal? Owen Honors' dismissal must become part of a much bigger move to address homophobia and sexism. The goal has to be that women and LGBT people who chose to work at sea can do so without having to face all this hegemonic brutality.
3. The tabloids and their readers have loved it. Much lewd talk about sex! More sales-enhancing conflict! I would like ships to not be newsworthy because sailed by idiots.
Posted by Dr Jo Stanley, FRHistS. at 05:51 No comments: