Facing fatal Infection at Xmas: the ayah on the threatened SS Nubia

It was the run-up to Christmas and New Year. Pandemics were on people’s minds as they travelled to the UK from hot-spots aboard.

Such travelers included a hired care worker, her employer and the baby. They were among the hundreds of passengers facing the prospect of death either en route or on arrival.

Ayah Campbell was embroiled in this public health drama in 1896-97 because she was employed by a Mrs Campbell to look after baby Campbell on a three-week voyage from India.

Ayah Campbell’s own name is not recorded – which was common.

Indeed, it’s unusual that a reporter managed to glean any passenger’s name in such circumstances. Mrs Campbell may have been reprimanded for her disclosure.

We can hypothesise something about ayah who found herself in such a traumatic situation.

A typical incoming ayah that year would have been in her thirties, married, and expecting to go back home within weeks, to be with her children and husband.

The crisis would have been extra bewildering if her English was limited. It’s possible that the ayah was a wet nurse. However such a delicate matter would never be mentioned in a public report, let alone in a brief one.

Mrs Campbell was possibly the wife of a non-commissioned officer. Her Scottish name suggests a possible connection with the HLI. Typically such homeward-bound military mothers were in their twenties. Possibly she was returning as a widow. I suggest this as no solder called Campbell is mentioned in the reports.

Unfortunately, data is limited. This is likely because of administrative inadequacy rather than an official-ish cover-up.  So it’s not clear whether the Campbell party had embarked at Calcutta or Colombo.

Indeed, had they even joined after as the ship wended its way north through the hellishly hot Red Sea at Christmas and then north west to Port Said, Malta, Gibraltar and home?

We might imagine that the Yuletide celebrations on Nubia were something like those in this image, created a decade earlier.

How did the drama come about?

The Campbell party were leaving behind an India facing Bubonic plague in some areas, and a famine so severe that Victoria mentioned it in her Queen’s speech in January 1897.  Plus, for at least half a century, Asiatic Cholera pandemics had been a cause of anxiety, following the 1817 and 1826-37 outbreaks.

Nubia’s cholera emerged a few days after the vessel had coaled in Port Said on Wednesday 29 December. 'A quantity of fruit and vegetables was taken on board with other stores, and it is supposed that this led to the outbreak,’ reported the Evening Mail. (But Egypt counter-claimed that it was cholera-free.)

By the time the Nubia was past Malta a few were sickening. The ship’s medical office must have wondered if the diarrhoea (a key warning sign of Asiatic Cholera) meant the trouble was serious. Or were his charges just suffering from the common and tellingly-named ‘Gyppy Tummy’?

He was helped by soldiers’ selfless comradeship. ‘On the outbreak of the disease some of the soldiers on board volunteered to ... [and] acted as nurses. These men have so far escaped the disease. Their conduct is the subject of warm praise.’

Although soldiers and lascars were suffering, the civilians were alright.  They included at least eight women, and 15 children, who were anyway socially distanced. In that period of moral vigilance and strict hierarchy women would typically be segregated from the soldiers. And all diligent ayahs were always hyper-protective of babies.

Two lascars and two soldiers had died by the time the ship arrived into Plymouth Sound at 3.30 am on Saturday 9 January. TSS Nubia arrived flying the square yellow flag warning that a ship was yet to be cleared of contagion.

Ayah Campbell must have woken up with the hope of finally placing her feet on dry land that weekend. She was not so fortunate.

The ship had to anchor a safe distance away from the harbour. Instead, she probably wrapped up the baby and watched as the tenders arrived carrying the alerted public health authorities that day and on the next. 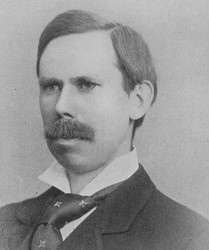 Dr FM Williams, Surgeon-Major-General J. B. Hamilton (who’d been on the hospital ship Tenasserim in Burma), and Dr Herbert Timbrell Bulstrode (pictured), took the outbreak very seriously. However they agreed that it had been well-contained and the worst was over.

Poorly people were moved to the nearby hospital ship Pique. Everyone still on board Nubia endured the stench of sulphur as working parties fumigated the infected areas.

A fourth soldier died. And the troopship became a hearse as two soldier’s corpses were taken out to be buried at sea.

Female attendance at funerals on land was sometimes seen as unseemly.  Ayah and Mrs Campbell may have stayed safely in a warm cabin, avoiding the melancholy spectacle and the chilling January winds off the sea.

The two lascars’ internments were not mentioned. Indeed Hamilton did not count the seafarers in his figures.

In two batches the women were freed. ‘Three women and three children were amongst those who landed, and they were placed in a closed vehicle and driven to Staddon’ Fort.’ 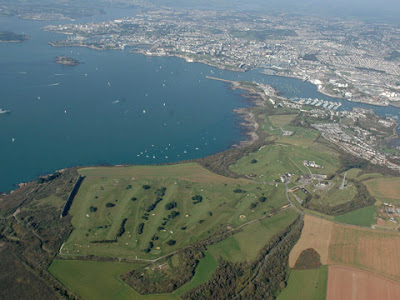 The soldiers, by contrast, marched there and stayed for a quarantine period.

On Monday 11 January 1897, ‘Most of the wives of the non-commissioned officers prepared to go to their homes and were passed by the medical officers. They were landed at Millbay Docks with four married soldiers.’  It’s not known whether Ayah Campbell was in the first or second group.

‘Later in the day these men, with seven women and 13 children, left by train for their various destinations. Their luggage, was, however, detained for disinfection.’

Dr Williams reported afterwards (see pic below left) that 27,000 items from the Nubia were treated by super-heated steam at Plymouth's new disinfecting station. This amounted to 87 per cent of the 31,000 items processed in the entire year. 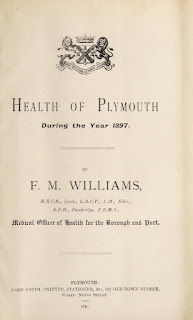 Ayah Campbell’s story ends with some men’s continued illness and recovery, but only one more death: six in total. The scare was declared over.

There was, of course, no televised reassurance from early equivalents of Prof Chris Whitty and Sir Patrick Vallance. The Nubia case had not become an enduring matter of national concern.

Still being fumigated in the Channel, Nubia sailed on to Gravesend.

Within two years  the ship was, ironically, used as a hospital ship in the second Boer War. For a film of its departure from Southampton in 1899 see https://player.bfi.org.uk/free/film/watch-troopship-nubia-leaving-harbour-1899-online

And the British Medical Journal carried a little self-congratulatory material about how the 1896-97 Nubia events had been handled.

Did Ayah Campbell stay in Britain, relieved that her contract had not ended with death at sea and that ‘her’ baby was safe?  Did she sail back home with a new memsahib and even risk going ashore in Port Said? There’s no record.

Nor is there any record of a  reply to Havelock Wilson’ parliamentary question two years later, in April 1899:

‘I beg to ask ... the number of lascar or other Asiatic seamen employed on board the P. and O. steamship "Nubia," on her last voyage, as sailors, firemen, cooks, stewards, and boys  ...  the number of superficial and cubic feet of accommodation provided in the forecastles set apart for such persons ... and whether such accommodation is in accordance with the provisions of the Merchant Shipping Act?’

The point being implicitly made by the head of the seafarers’ union NSFU (pictured, right) was, of course, that overcrowding caused ill health among the Asian seafarers.

Scores of Lascars would have been living in such conditions when Ayah Campbell was aboard.