This Global Maritime History conference, in which I am a speaker, is deeply innovative in two ways:


Participation is virtual. This means no jet-legged late-arriving participant need miss out. Panel-hoppers avid for everything can have their dreams met. Here there are no such obstacles as timetable clashes. Listen when you want, how you want.
As long as the website is up, you can 'attend'.
And there's infinite room for comments and questions. So just metaphorically 'put up your hand, then get to your feet' and join in, via your keyboard. The responses you get, of course, are not instantaneous.

Finding your way around
All the papers are spoken and some are visual too. The abstracts are available as written text. There are no chairpersons. Everyone introduces themselves and their biographies are also available in written form in the conference’s ‘provisional' programme which is actually final and complete: https://globalmaritimehistory.com/maritime-toxic-masculinity-conference-provisional-programme/
You have to scroll down to the bottom of that website, to 'Recent Posts', to find links to all the full papers. Most of them are in Powerpoint 2016 form. The links all work.
I am attaching a summary of the conference here, as I thought others might find the website a puzzling one to negotiate, as well as to find as a whole if browsing You yourself can help raise the conference profile by tweeting etc.

If you want to go direct to my paper, on women, here's the link to that panel. Mine is item two: https://globalmaritimehistory.com/gender-sexuality/

And here below is an outline of the entire conference. It has no keynote or plenary speeches, by the way. Just 4 panels.

Do join in the discussions! This has got to be the most accessible maritime history conference yet

Woman on Costa Concordia: a missing story of heroic alacrity 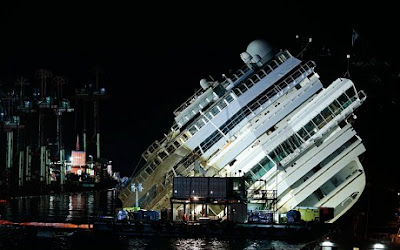 Passenger Concetta Robi seem to be to be the oddly obscured principal female character and a hero in the Costa Concordia disaster story.There’s no picture of her on the internet. She’s  barely visible in the public discussions. Her helpful daughter is un-named.
This absence got my attention when I was reading one of the latest analyses of the ship that ran aground off Isola del Gigli, in January 2012. The Tuscany sinking brought 32 deaths and major publicity about the captain’s behaviour.
Marine consultant Captain Michael Lloyd has just (22 April) posted part 3 of his discussion: https://www.linkedin.com/pulse/voices-costa-concordia-part-3-damage-decisions-michael-lloyd/ 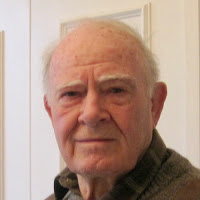 His evaluation contains very useful material about the way people – even captains - freeze and act irrationally in such disasters.But among the people who did not freeze was Concetta Robi.
The story is that initially the crew gave false information to passengers to allay panic telling them it’s only an electrical problem, go back to your cabins. We’ve got it all in hand.
In fact, as Lloyd says,
'instead began a loss of confidence in the shipboard leadership. As the delay in any decisive action continued, passengers now began to make their own decisions regardless of those in authority.
'Indeed, it was a passenger, not the bridge staff, who alerted the shore authorities.
'Somewhere on the ship, an Italian woman, named Concetta Robi, took out her cell phone and dialled her daughter in the central Italian town of Prato, near Florence.
‘She described scenes of chaos, ceiling panels falling, waiters stumbling, passengers scrambling to put on life jackets.
'The daughter telephoned the police.’
As a result the rescue process got under way, helped by Senora Robi’s accuracy after the misreporting by ship’s crew.

Why is this woman not credited for her role?
Because she’s not a maritime professional, but  a passenger and a woman - and one who excelled, implicitly showing up male crew?