2020 sees the centenary of the founding of the Sea Rangers. Keep an eye on the website for details: https://searangers.org.uk/the-sea-ranger-2020-centenary-celebrations/. So far their plans include a Centenary Parade and Service in Portsmouth on Saturday 25th April 2020. 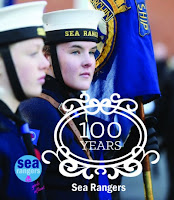 Born in 1939 Janet became a Girl Guide, a Sea Ranger, a Wren, then a Girl Guide leader. Rangers were part of the Girl Guide movement.

Janet and her Sea Rangers pals (pictured left) especially loved going on summer training trips. For one or two weeks a year a SR unit would have a solid spell on the water, usually on a shared boat. For Janet in the 1950s this included being on the Sea Rangers' own motor torpedo boat at Dartmouth.

Being in a Sea Ranger unit meant any city girl, whatever her poverty, could almost become a Nancy Blackett, the boaty heroine of Arthur Ransome's inter-war children's books like Swallows and Amazons.

You learned so much...


Not only was membership of the SR  a way for young women over 16 to learn small boat skills and gain access to the sea at a time when gendered restrictions on mobility meant women travelled less than men.
(Only one per cent of UK merchant seafarers in the 1920s and 30s were women. Many ships had no woman crew at all until the 1970s and even later.)

But also being with the Sea Rangers also meant former WW1 Wrens could enjoy passing on nautical culture, volunteering as Sea Ranger officers.

And the would-be ‘sailorettes’ these officers trained could then be fast-tracked into the Women’s Royal Naval Service, as Janet G was in the 1950s.

But usually members did not go on to work on merchant ships as stewardesses. The SR didn't funnel women  into a water-based career. Rather it helped develop transferable skills as citizens and responsible human beings.

Other ‘Daughters of the sea’

Being a Sea Ranger, or a member of the other related organisation, the Girls Nautical Training Corps, meant being proudly part of a sea-minded network: rowing and sailing boats, tying knots, communicating by Morse and semaphore, learning maritime lore. 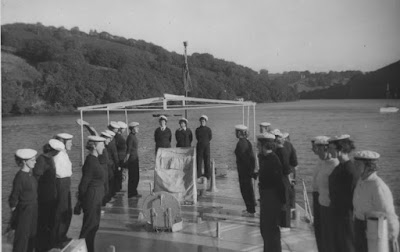 Patriotically, some members of these organisations, especially in the mid-20th century, saw themselves as ‘daughters of the sea’.

They had fun, for all that there was naval-style discipline too, as the picture of Janet's SR colleagues shows. (Pictured left, above)

As part of a strong, can-do, adventurous team, girls and young women in the SR and GNTC developed confidence, a sense of agency and also a sense of motility - the idea that one was capable of travel.

Women and girls could live a sea-minded life, generation after generation, in this way. Mothers and aunts and babies were part of this sea-focused community.

Gender did not have to be an obstacle to accessing maritime life directly. Thanks to the SR and GNTC women didn't have to rely on being the daughter or wife of Jack Tar as a way to connect on to maritime life. Any member could connect in her own right.

From the mid-1930s to the 1950s Sea Ranger novels boomed.  (GNTC novels, by contrast, seemingly did not exist).
In genre such novels were far closer to the girls adventure juvenilia end of the spectrum, than to cruise ships novels (the other booming genre of sea fiction for women in the 1930s).
Authors of SR books such as Helen  Beatrice Davidson  (fl.1898- 1998) - see below, Lucy of the Rangers - also wrote about Brownies and Girl Guides. 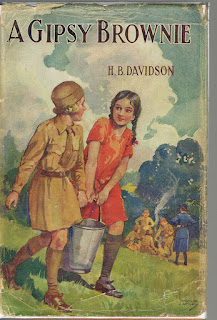 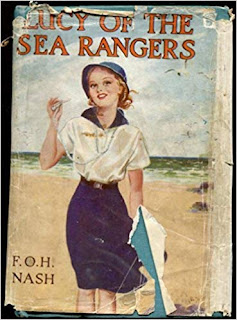 Frances Olivia Hartopp Nash  (1887-1953) shows her sea-minded heroine transitioning from the Girl Guides, as in:


In other words, becoming a motile young woman - who got away from home - was represented as natural progress. The novels encouraged readers to see that they could move on from earlier girlhood in wholesome organisations within the scouting and guiding community, become women who travelled, and even be heroic. Frances also wrote about girls' adventures on land, including at boarding school.

Some Sea Rangers include:

Sea Rangers stories have a counterpart in flying novels for girls by Dorothy Carter (1901-1948). That thrilling new field, civilian air transport, was a profitable topic for the Josephine March-type writers of the day.

Had Louisa May Alcott  still been around and in the UK she'd surely have written another quartet for girls: Little Brownies, Good Guides, Great Air Rangers, and Brilliant Girl Pilots.  Actually it appears  that there were no novels about Air Rangers, Sea Rangers’ counterparts. 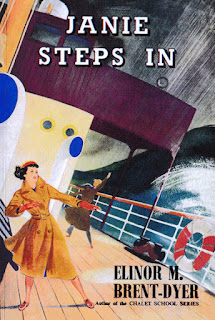 Celebrating mobility,  and making clear that long-distance travel was not just confined to boys, these inspirational Sea Ranger novels were the ‘daughters’ of earlier girls’ boarding school novels such as those by Elinor Brent-Dyer and Angela Brazil. 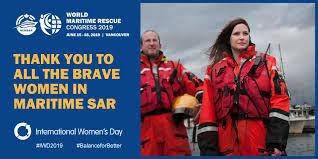 International Maritime Rescue Federation awards for Search and Rescue will include a special new award for women this year. Shortlisted women were announced yesterday.
What follows is mainly an extract from part of the press release, but with added pictures and personal details.
The SAR award honours both professionals and volunteers. Often volunteering is a way in for women.
Winners' outstanding commitment' is honored. But the awards also make the wider world aware of SAR. 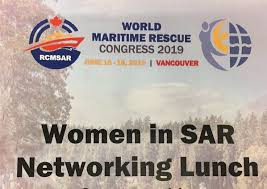 The Women in SAR Award is part of the  International Maritime Rescue Federation's wider #WomenInSAR initiative.
This is in support of the International Maritime Organisation's Empowering Women in Maritime campaign.
“The Award will recognize someone who is an inspirational role model for others.
Shortlisted finalists for this inaugural Award are Captain Song Yin of the Donghai No.1 Rescue Flying Service in China and Isobel Tugwell, a crew member at the RNLI Shoreham Lifeboat Station in the UK. 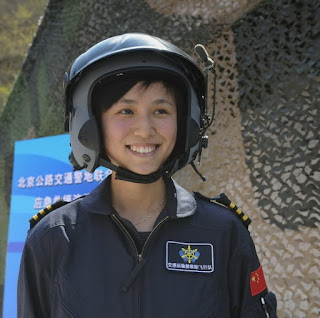 
Song Yin joined the Rescue Flying Service after graduating from Shanghai Maritime University in 2008. She has gained extensive flying and technical experience to become one of China's first female search and rescue helicopter captains.
A People’s Daily online article about this ‘most beautiful female rescue pilot’ and her feats can be seen at http://en.people.cn/90001/90783/91300/7404983.html. See their pic. 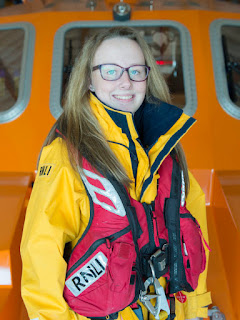 Isobel Tugwell joined the Shoreham lifeboat crew at 17 and has been taking a full part in SAR operations ever since – even while she was studying for her A-levels.
There are two other women in her RNLI team too. See http://www.shorehamlifeboat.co.uk/the-crew/
Isobel is also a community police officer in Brighton and Hove. Her dad is part of the RNLI team and so was  her granddad.

Why this award matters

On announcing the shortlist Theresa Crossley,  the chief executive of the IMRF said: "The calibre of all the nominations continues to inspire and amaze the judges. All around the world there are breath-taking search and rescue operations being conducted in harrowing conditions with SAR professionals using their skill and expertise to save lives in remarkable circumstances.  Here are just some of those people, selected today as our finalists."

The winners of all the Awards will be announced at a presentation ceremony on 10 September, on board HQS Wellington, during London International Shipping Week. The Awards will be presented by Vice-Admiral Sir Tim Laurence. He is Anne, Princess Royal’s second husband.

Setting up this award is an important step in the struggle to encourage women into STEM jobs, and in recognising the achievements of those already in it.
‘If you can’t see it, you can’t be it’ goes the slogan, highlighting the value of role models in helping young women see wider opportunities. This award helps us do that seeing.