Asian seafarers' stories are seldom told in stories of shipping disasters, and almost never from their point of view. Such was the racism in recording news at that time that these men were often nameless and always faceless.

So it's good to find someone redressing that imbalance. In this case the focus is on the 39-plus Asian crew of Anchor Lines' SS Britannia, which was torpedoed on March 25 1941 off Dakar. Some escapees were 23 days reaching Brazil in a lifeboat.

Journalist Melvyn Misquita has set up a website, partly because his grand-uncle Constant Misquita (see picture) died on that ship. http://www.misquita.in/britannia/intro/html.

For me it works particularly well because Melvyn has retrieved so many photos of the men. He welcomes more information to augment this hidden history. Goan comments on his site can be found at http:www.mail-archive.com/goanet@goanet.org/msg02070.html.
Posted by Dr Jo Stanley, FRHistS. at 05:12 No comments:

Spaces and places reflect and reproduce the hegemonic heterosexuality of the world we live in. But among the many people exploring challenges to this dominance of 'Straight rules' (Not Ok.) are the Space, Sexualities and Queer Research Group of the Royal Geographical Society.
See their site at http://ssqwg.blogspot.com.

I am particularly interested in the sea as an exceptional space, and big ships as highly sexualised places where people feel free to transcend their usual sexual orientation.

'Why is it so different to land?' That's my preoccupation.

And it's one of the reasons why I'm on the SSQRG's committee. Next week (Fri 26 Feb 2010) the group is meeting to plan a new future, now that it is a Research Group, not just a Working Group, of the RGS.

There are at least two other interesting websites on queer geography:
http://www.goodreads.com/group/show/3683.queer_geography
and
http://www.queergeography.blogspot.com

And as for good books, try:
- Queer Space: Architecture and Same-Sex Desire by Aaron Betsky
- Geographies of Sexualities by Kath Browne, Jason Lim, and Gavin Brown
- A Queer Geography by Frank Browning
- Gay New York: Gender, Urban Culture, and the making of the gay male world by George Chauncey
- Txt, Space as a Key word by David Harvey
- Space of Hope by David Harvey
- Queer Sites – gay urban histories since 1600 by David Higgs
-Space, Place, and Sex: Geographies of Sexualities (Why of Where) by Lynda Johnston & Robyn Longhurst
…. And the fo 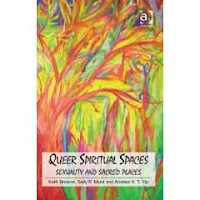 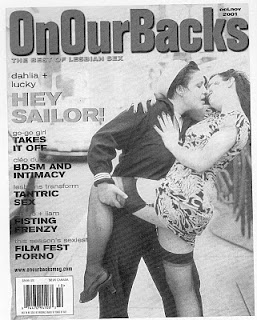 
So I saw the real thing, out there in the sunshine by the sea. And it's huge - 25 foot high - and therefore bigger than one of the plastic bears some pubs have in the kiddies' play gardens. And it's just as Disneyfied. And it's significantly at Mole Park on the waterfront (where those oh-so-embarassing guys sleeping rough get tidied away by the police each morning before the cruise ship passengers walk by), just opposite the Pacific Fleet's base, and right by the maritime museum.

But... isn't it just another loud public insistence that heterosexuality is desirable? (No gay embrace would be similarly sanctioned). Isn't it just another formal affirmation that it's OK for men - especially 'our Boys' to master any woman, in the name of passion and victory?

Touring that bay, our skipper announced as we passed the statue by US Midway that actually 'the lady' (Edith Shain) grabbed by the unknown sailor that day was said to have been displeased by the assault. Ho ho. Tee hee. Tut tut. Oi vey!

But try turning that around. How would a male professional - say a doctor, say a skipper - feel about some boozed-up stranger coming up and invading their mouth without warning? Affronted, I think. It certainly wouldn't be celebrated at public expense.

And actually the statue is designed so that it's a formal invitation to look up a woman's skirt. Among the world's thousands of statues of famous men looking noble, upright and very inviolable, have you ever seen one that offer passers-by the chance to peer inside men's trousers?

If men are going to be respected, then why not women too? (and I would like it to be possible to stop repeating this simple point soon. A century-long protest is quite enough.)
Posted by Dr Jo Stanley, FRHistS. at 22:03 No comments:

Sex is not exactly a topic much discussed in the maritime historiography world. Gender, yes - recently and to some extent. Instead sexual activity on ships is what gets talked about in the bar outside of formal proceedings. For example, 'twas in an Oslo beer tent after a maritime conference that a colleague first recited to me the ribald 'Good Ship Venus' with its references to friggin' in the riggin' etc.

But Sailors, Sex and the Sea was the topic of the special panel innovatively organised by Prof Lisa Norling at the American Historical Association conference, in San Diego, Jan 9 2010: Oceans, Islands, Continents. The papers in our panel were:


Sitting in that grand marble palace, the Hyatt, we had a fascinating session comparing the different ways sexuality was handled in these different worlds.

As always, some of the most enjoyable moments were networking on the side. So it was fascinating to sit in a seafront restaurant overlooking the bay and talk with Lisa, Matthew, and Jeff Bolster, whose work, including Black Jacks, on race and seafarers is so important a counterpart to our work on gender.