British maritime labour history is largely a history of white and BAME men, and possibly 1 per cent white women.
Women of other backgrounds, including Chinese, Yemeni, and African women are almost entirely absent. This is a brief introduction to Chinese women's relationship with sea mobility and British seafaring. 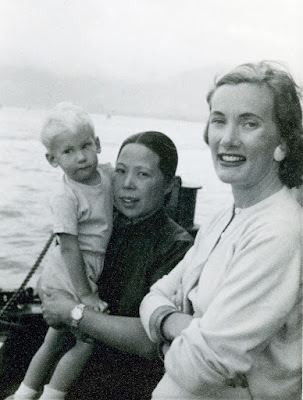 Q. Why the absence of Chinese, South Asian, Afro-Caribbean and African-origin women working on ships?
A. The answer is that shipping companies deliberately excluded such women, despite their potential for being very cheap labour indeed, as both female and non-white. It's not that such women didn't want to go to sea.

Despite extensive research in shipping company and National Union of Seamen archives I have not found any  records of such women. Nor have I found discussions about excluding/including them. Reluctantly, I have to conclude that in the UK in 20C there were no BAME seafaring women. it seems extraordinary.
I've had a lot of conversations with seafarers. From that I understand that the two main reason for this racialised and gendered exclusion are likely to have been on these grounds:

1. PASSENGER ATTITUDES. Bedroom stewardess was the main job open to women until the 1970s. Companies probably believed that BAME women wouldn't have been acceptable to white lady passengers in the intense intimacy of a cabin.

Yet such an objection doesn't seem quite plausible. White European women living in countries such as Singapore, Shanghai, Malaya, and Hong Kong readily employed Chinese servants, especially amahs (children's nurses, even wet nurses) in their homes.
So it may be that actually the reason for the exclusion is about  the need for stewarding staff - as warders -  to subtly wield authority, to be a female-oriented part of the hegemonic and gendered control of passenger-inmates.
Bedroom stewardesses and stewardesses had to, to some extent, regulate the passengers in their patch - for example ensuring they didn't request too much room service, and that they attended lifeboat drills.
It may be that shipping lines thought elite white passengers wouldn't accept such regulatory pressure from 'lower' status BAME women.

Also there were not enough Chinese or Indian female passengers to justify employers taking on women servants of the same nationality to look after them during the voyage. Cash-strapped shipping companies only do what they have to do, and employ specific staff only when it pays to do so.
(This 'appropriateness' type of justification was later used in 1970s legal battles for equality. The concept of 'Genuine Occupational Qualification' was articulated, famously in a case where a gentlemen's tailoring firm remained men-only on the grounds that women should not measure male customers for trousers.)
2.  UNION. The seafarers' union is likely to have opposed BAME women, on the grounds that white men, white women and BAME men - in that order - were more entitled to any available jobs.

The main non-British women I have found working on ships have been: 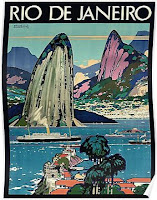 A. Europeans. Portuguese matrons or auxiliary nurses for migrants, pre WW2. They were employed by the shipping lines, usually Royal Mail and Blue Funnel, whose ships took some passengers of Portuguese background to Brazil. a former Portuguese colony.
Crew agreements (registers of personnel aboard each voyage) show some of these women workers have British surnames. This suggests that local shipping agents in Portugal - say Lisbon - would have sought bilingual women, probably Portuguese women who were the wives and daughters of British men living there.


B. Ayahs. 阿媽. Children's nurses - especially from India, Ceylon and non-mainland China. They were employed by the traveller's family, not by the shipping line. They therefore travelled as passengers although they worked all the voyage long. This included the usual nursing, dressing, playing with their charges, plus attending at children's sittings for meals on ship, such as the tea party pictured above.
There are records of Indian ayahs aboard, but few of Chinese or Japanese amahs.
(For a brief summary of amahs' role on land see 'A Lifetime of Labour: Cantonese Amahs In Singapore',
http://www.nlb.gov.sg/biblioasia/2017/10/02/a-lifetime-of-labour-cantonese-amahs-in-singapore/ 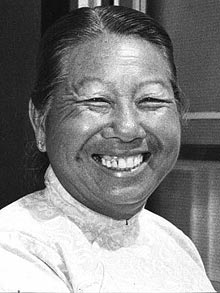 The most famous 'Jenny', who died aged 92 in 2009, led  a gang who:
took ''over the domestic economy and husbandry of each vessel. They washed and ironed, cleaned ship, chipped rust and painted, attended as buoy jumpers, and, dressed in their best, waited with grace and charm upon guests at cocktail parties.

Captains and first lieutenants would find fresh flowers in their cabins and newspapers delivered daily ...[jenny earned] by selling soft drinks to the ships' companies and scavenging every item of scrap and gash which could be found on board.'

Could have been in...

1. Galleys and laundries. It never happened. But it wouldn't have been too abnormal for Chinese women living in the UK,  to be employed in jobs that didn't involve passenger contact, such as laundry and galley work.
It would have been especially 'natural' for employers to take on those women who were part of British culture because of their family connections with British seamen, as in the Portuguese example above.
(By the early 20th century Hong Kong-origin Cantonese men were routinely employed in the laundries of some shipping lines.)  And British women to do such work were so hard to get that in the 1930s shipping companies took on criminalised young women from penal institutions.
One reason for women not being taken on for such backstage work may have been cultural resistance from the community. Chinese people in the UK possibly did not think it desirable for Chinese women work away from home for months on ships. Their shipboard position would have been lowly, and perhaps morally compromised.

2. Ship's nurseries. From the 1930s major passenger ships had nurseries, staffed by one nursery stewardess.
From the 1950s a hierarchy emerged, as was traditional in grand houses: a high-status 'children's nurse' supervised the nursery stewardess, who had a more maid-like status, for example cleaning up spills.
It would not have been odd if Chinese women did this work on ship. In fact they were never employed in this capacity on UK ships. There was no transition from land-based amah to professional travelling amah, as there was with Indian ayahs.

The UK history of Chinese men working on ships is as yet barely known, although this is now being addressed by some Heritage Lottery Funded projects. And perhaps men's history, in this case, is anyway not very helpful to understanding Chinese women's maritime history. It was so different.
Any researcher wanting to go further in exploring men might try these sources, for starters: B. One of the recent digitally-available interviews with/about Chinese seafaring men includes this: Yew Chang (1919-2012). Pictured. From Hong Kong, he was a merchant seafarer from c1938 to the early 1950s. Initially in the engine room then a cook, he worked for the Netherlands company Shell, later Royal Dutch Shell group. Many Chinese seafarers in the UK worked for Blue Funnel.
In war BAME men were among those seafarers who were held in camps abroad. In WW2. Yew Chang was 'detained' in Calcutta for two years, and 'sent to repair damaged aircraft'.
The British Chinese Heritage Centre has made available two interviews with him:  http://www.britishchineseheritagecentre.org.uk/interviews/seafaring/item/mr-yew-chang and http://www.britishchineseheritagecentre.org.uk/interviews/seafaring/item/mr-yew-chang-2.

C.You could try searching the records of the London School of  Nautical Cookery, currently held in the National Maritime Museum Archive, London, at SAH/63.They may include Chinese men, because cooking was one of the jobs Chinese men did on ships, especailly when Chinese food became more popular in the UK. https://collections.rmg.co.uk/archive/objects/469748.html
I recently looked through to find references to women of any ethnicity. The few female applicants were usually told there was no point in training, as no shipping company would take on women cooks.

I am grateful to Sha Zhou for inspiring this blog entry. Sha is at King's College, London, and looking for the history of amahs on ships as part of her Ph.D work on The Life Experience of Chinese Female Migrants in Britain after 1945.
Posted by Dr Jo Stanley, FRHistS. at 03:27 No comments:

This week in the US there’s much publicity about the new initiatives by pioneering yachtswoman Tracy Edwards MBE.
In 1989, age 24, she skippered the first all-female crew in the Whitbread Round the World yacht race on the 58-foot yacht Maiden.
Maiden, the documentary film about her and the crew, was screened in New York last week, It is just opening in Washington this week. https://www.washingtonpost.com/sports/2019/07/04/her-mom-broke-barriers-with-an-all-female-crew-shes-about-set-sail-same-yacht/?utm_term=.8094361e136f
Tracy's original boat has been rescued. Since 2018 it is on a promotional voyage with a new crew, to enable greater opportunities for young women via the Anything is Possible program.
And guess what? No-one is calling the boat 'she'.No-one is wondering if the women can cut the mustard.
But Edwards finds her new crew are part of generation who still face horrifying levels of sexism. And today it's more insidious, harder to tackle. https://www.youtube.com/watch?v=6ClVVdbKKag

Maiden, the documentary about the original voyage, was made by Alex Holmes using much of the footage shot by women on board 30 years ago.

++ When Maiden came out in the UK in March 2019 the Guardian reviewer Peter Bradshaw gave it 3 stars, commented on the sexism in articles of the time and added:
“There is something that the film doesn’t address as clearly it could have done. In 1989, Edwards was asked if she was a feminist and she said no – and that she hated the word. ‘It’s probably clear enough what she meant: she just wanted an equal shot at yachting success, just as the then prime minister Margaret Thatcher once wanted an equal shot at political success.
But, given that the present-day Edwards is interviewed at length, Holmes could perhaps have given her another chance to consider that question.’ See Maiden review – raging seas and sexist squalls, and some interesting comments by readers: https://www.theguardian.com/film/2019/mar/06/maiden-review-tracy-edwards-sailing-alex-holmes

++ In current video interviews Edwards still refers to her colleagues as 'girls', not 'women'. But she does critique the sexists who 30 years ago asked her about packing waterproof mascara, handling female quarrels, and keeping one's lips soft with salve.
There's also the men who said Edwards and her all-female crew 'would' - not 'might' - die in the process of competing.
At the time Maiden's crew wanted to be seen as girly-girls when they arrived in port. They succeeded. But their impeccably-braided hair and makeup meant some people imagined their feat had been minor. It was, in fact, perilous,

++A Daily Telegraph article last year found 'Edwards is impressed by the voice of her daughter’s generation – ‘even boys her age are in MeToo T-shirts’ – and is amazed at the number of female applicants to crew the boat' on this new voyage.
https://www.telegraph.co.uk/women/life/sailor-tracy-edwards-bankruptcy-divorce-back-deck-feisty-female/

Many videos can be seen on YouTube including https://www.youtube.com/watch?v=PJz_PEfSj_Y.
It includes comments by Holmes but also Edwards' explanation of how Jo Gooding, their cook, had become the film-maker too.
They had two cameras, not one (as on most boats), on board.

Moving on -- to help young women

Current online publicity heavily features Tracy’s daughter Mack Edwards-Mair, who, after seeing the film and the way her mother was acclaimed all over again, re-saw the situation.
‘Edwards and her daughter have teamed up to fight for gender equality in education,’ says the Washington Post.
‘Maiden is at sea on its latest world tour, during which it is making 28 stops.
‘The tour is led by a new generation of female sailors from around the world and is designed to help raise funds for the Maiden Factor’s affiliate charities.’
Mack Edwards-Mair, says the Washington Post, ‘will participate in a leg of Maiden’s journey as the ship sails from Vancouver to Seattle.
'While she admits she is actually “terrified” of the ocean and does not have a seafaring proclivity like her mother, Edwards-Mair said she is looking forward to participating in the journey. [She will take photos].
‘For her, it will be an opportunity to glimpse into the world of a woman she says has inspired her her whole life.
"She [Tracy] has made me believe that whatever I wanted to do, I could do it,” she said.’


The official blog is at https://blog.themaidenfactor.org/