Today, at the National Media Museum in Bradford, the Royal Photographic Society ran a Women in Photography Day. (See http://www.rps.org/events/2015/november/21/women-in-photography---bradford)

One of the four speakers, Anthony Penrose, offered a moving and interesting presentation about his mother, Lee Miller (pictured below by David Scherman), and her work photographing women in WW2. Miller's subjects included members of the Women's Royal Naval Service (Wrens). 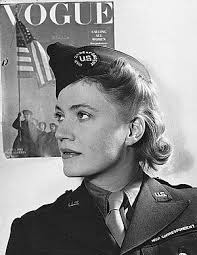 Some were published in Vogue November 1941, accompanying an article by romantic traveller Lesley Blanch. In W.R.N.S. on the job Blanch said:

'[A}lready I observe [that]... type distinctions are crystallising in the women’s services. The W.A.A.F. product is entirely different from that of the A.T.S. The Wrens, in their turn, have produced an individual type: a face, manner and spirit as much their own, and the outcome of navy traditions, as the ‘bell-bottom serge’ uniforms they wear so well.

'Officers and ratings are alike in forming this definite Wren type. In abstract, the Wren has a serenity, even a faint austerity, a balanced detachment: a quietness which is not dull, a dignity which is not pompous. They are disciplined rather than dragooned, unified, rather than uniform.

'And lest these sober eulogies give the impression that the Wrens are smug patterns of female virtue, icily removed from the pleasures and tempo of the times, I hasten to add they are pretty and feminine, as well-groomed as well-dressed, and as concerned with complexion, manicure and hairdressing as any other women, in or out of uniform.' (http://www.bookblast.com/blog/?p=162#more-162)
~~
I myself think Blanch's view was fanciful, totalising and rather silly.

Wrens were a more diverse bunch. Lee Miller's pictures made this point very effectively. Her images implicily suggest a much more nuanced view.

Four years later Hollis & Carter (who later published the autobiography of WRNS director Vera Laughton Mathews), published other images by Miller in a 79-page volume, Wrens in Camera. The words were by KM Palmer, by far the best journalist describing WW2 Wrens' lives.

My favourite Lee Miller photo of Wrens is this one, because it shows women's daring use of risky spaces. 'Wrens climbing down from the quarter boom', http://www.leemiller.co.uk. © Lee Miller Archives, England 2015. All rights reserved. 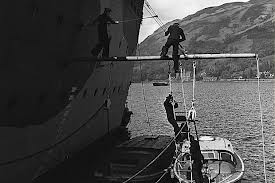 Join the Wrens and become a photographer
Ironically, joining the WRNS was a very good way for a woman to gain training as a photographer. The WRNS employed at least two women in ‘photography work’ in WW1. During WW2 some were assistants (see pic). 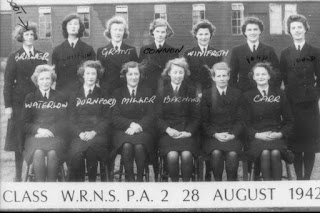 Some were proper photographers. One of them, Pat Gould (see pic) made the front cover of Illustrated News magazine as ‘Fleet Air Arm Camera girl.’ 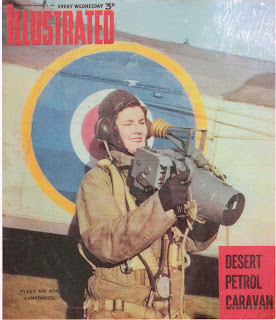 Lipsticked (for the camera, as Wrens in uniform could not wear makeup), confident, and in her flying gear the Wren was posed in the sun against an aircraft, bearing a camera as long as her arm. She was a visual suggestion that this was a glamorous travelling job - a kind of Lee Miller-style job, in fact. Some 180 Wrens were trained in all-female groups. (http://www.rnpa.org.uk/) 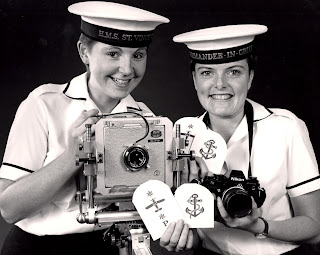 After the war no Wrens were photographers until 1969, when twenty one Wrens were trained as Photographic Assistants. The change was probably a way to deal with staffing shortages and to cut costs (as non-seagoing staff, Wrens did not have to be paid the sea allowance to which naval men were entitled).

Three years later the ‘assistant’ tag was dropped. From 1971 ‘Wren Photographers’ followed a similar path to naval men. According to Jan Larcombe, who after 1981 was the Senior Instructor at the Naval Photographic School, in 1987 Wrens were fully integrated with the male training at the Joint School of Photography RAF Cosford.

WRNS photographers were often sent to ships in port as they were better received than their male colleagues; a woman could brighten men’s days and her camera was forgiven.

Today, there continues to be a Photographic Branch of the Navy, which includes 41 female and male photographers. They still train at the (now) Defence School of Photography, at RAF Cosford. (See Jan Larcombe's excellent archive at http://www.users.waitrose.com/~jandor/index.htm)

Women in Photography
This day school in Bradford today asked interesting questions including the perennial one about whether women's art is different from men's. The answer seemed to be 'not necessarily, but women photographers' processes are different.'

This includes our relationships with sitters, and our access to money and power. Inequalities affect the equipment and training we can get, and the way our work is received, especially by galleries and photographic organisations.

It's very interesting to look for difference in style between images of Wrens by Miller and by male photographers, such as George HW Tomlin, see pic below. 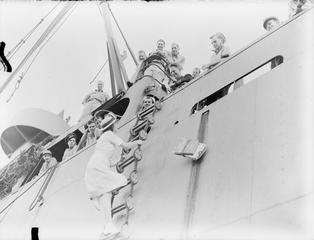 Of course, the Wrens couldn't choose the way they were represented. By contrast, when Linda Marchant was speaking about Pinewood photographer Cornel Lucas's images, she revealed that some female stars told photographers what they wanted. Diana Dors, for example, commanded Lucas to come to the right spot to take this picture of her in her mink bikini on a gondola in Venice, 1955 during the film festival. 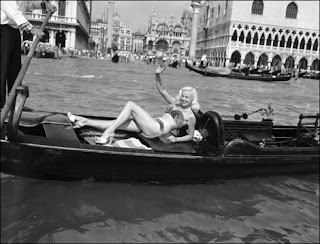 Confident stars at film festivals might seem a far cry from servicewomen in wartime. But the connection is that Wrens were also civilian women whose ideas of themselves were partly constructed by Hollywood.

The flattering versions of their identities as servicewomen were bolstered by the ways they were represented by photographers such as Miller and Cecil Beaton (see pic). These Wrens looked like could-be stars, not just lowly support staff for the Navy. Heroic, bold, confident - and yes, admirably stylish. 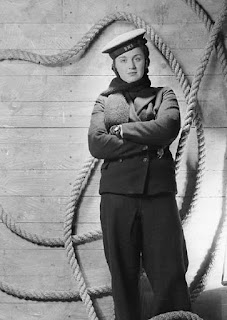 That version of Wrens as ultra-chic women who could cope with anything continued to be purveyed in post-war movies.
This included the iconic 1953 naval war feature The Cruel Sea. Its Wren star, Virginia McKenna - Third Officer Julie Hallam, was later portayed by Lucas. 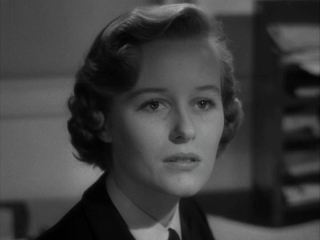 ~~
This blog item arises from research I'm doing for my next book, Women and the Royal Navy, IB Tauris/Nationa; Museum of the Royal Navy, 2017.
Posted by Dr Jo Stanley, FRHistS. at 13:39 No comments: