The Spy who became a stewardess: Granville

I was delighted to catch a BBC Radio 4 Woman's Hour interview with Clare Mulley, who's just written The Spy Who Loved: The secrets and lives of Christine Granville, Britain's first female special agent of WWII (Macmillan). 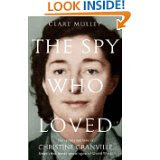 Granville, also called Krystyna Skarbek, was said to have been Ian Fleming’s inspiration for Bond's wonder woman Vesper Lynd. Christine Granville worked for SOE in WW2. But afterwards - ah afterwards, what does a redundant spy do? In this case, she works at sea, where the footloose people were.

Clare Mulley found that life on the New Zealand Shipping Company's brand new Antipodes-bound liner, Ruahine didn't suit this 43-year-old aristocrat. The crew were hostile and thought this female and foreigner was lying about her war experience.

Worst of all, a fellow steward who fell for her and supported her against the attacks ended up as her stalker and killer. She tried to give him the slip and worked on other ships such as the New Australia.

But Dennis Muldowney fatally stabbed her in the lobby of a down-market Kensington hotel in 1952. After he was sentenced to death, at the Old Bailey, he declared‘To kill is the final possession.’

I've given some thought to Clare's biography, in the light of all the interviews I've done with stewardesses of that period. Christine's story fits.

The hostility is plausible because ships then could be dog-eat-dog situations where seawomen (usually 1-3% of the entire crew) had to fight not to be put upon or sexually mis-used, in the very over-sexualised situation that a ship is. And female colleagues could be very rivalrous. Some seafarers were proof that travel does NOT broaden the mind.

Many of Christine's shipmates would have been through hard wars just six years earlier, torpedoed and lost everything they possessed. So they might have thought her story implausibly glamorous and therefore implicitly insulting - they knew they'd been though hell.

And an obsessive, co-dependent character like Muldowney might well have been at sea because it was a place that attracted people who felt themselves to be misfits. Ships' companies were very acceptant of square pegs, because people absolutely have to find a way to get on with everyone else in such a tight space.

So here's a new take on women's merchant seafaring in the post-war years. Christine Granville has got to be the most famous stewardess on any ship. And she's a tragic victim of possibly the only merchant seaman to be executed for killing a seawoman.

See Clare interviewed in the very London cafe that Christine and Polish forces used,
at http://www.youtube.com/watch?v=ZHNr9KR-PNs.
Posted by Dr Jo Stanley, FRHistS. at 12:41 No comments: 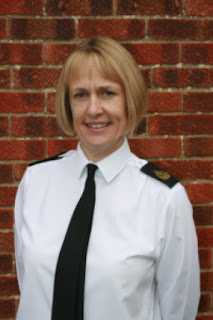 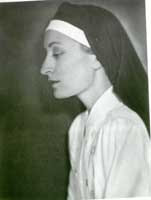 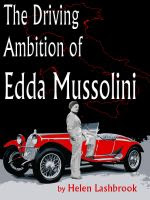 Studying the lives of people in port cities 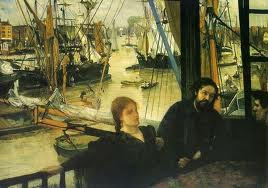 Organised by Liverpool University’s Centre for Port and Maritime Histories, this highly innovative two-day interdisciplinary workshop marked the re-launch of the centre. Port studies might be expected to involve the giant skeletal cranes that dominate quayside skylines, terminal logistics, dock roads layouts complex as airport runways, and the invisible diverse contents of all those seemingly identical containers only differentiated by their matt reds and blues and their stencilled names such as Maersk.

But the organisers’ deliberate focus was on ‘lives’. Therefore the discussions were of those in the borderlands who deliver and unload the goods; those such as sex industry workers who profit from proximity to seafarers and the liminality of the waterfront world; and those who organise trafficking from their high panelled offices far from the seagulls' cries.

Indeed, we were appropriately in a space endowed by cotton broker and abolitionist, George Holt. His profits enabled many privileged Merseyside girls to learn within these stylish walls and go on to Girton and St Hilda's from the early twenties. Edwina Currie attended school assemblies in the very hall where we assembled for our much more earthly purpose. 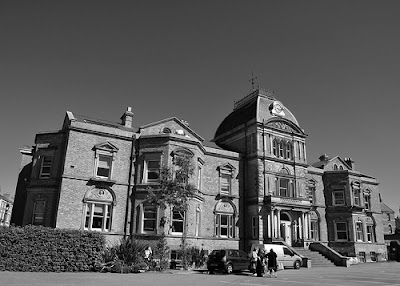 If the topic is ‘lives’ then the question has to be ‘how did people in very different positions work together? What was the impact of the port on their lives, and what was their impact on all the aspects of the port's life?' And the ports in question ranged from Liverpool itself to Nantes, Barcelona, Thessaloniki, Matamoros, Rotterdam and Salvador de Bahia, Hamburg and Cork as well as Portsmouth and Hull. It was an international gathering but also speakers were international in their focus. And indeed, as both the keynote speakers showed, the people in question were global citizens, be they elite British merchants easily connecting to New York or the slavery triangle, or black seafarers in Cardiff with a Pan-Africanist focus.

Participants came from a range of perspectives and disciplines, principally maritime history, business history, cultural geography, and migration studies, folklore and linguistics. One eynote speaker, geographer Dr Dave Featherstone (University Of Glasgow) dealt with a topic for too long occluded in maritime historiographer: black seafarers. The surprise was not only the extent of black internationalist activity in early twentieth century Wales. On one occasion, we heard, rank-and-file white seafarers actually supported their black colleagues. They did so in the face of lack of cooperation by their union’s leadership, which at that time was highly reactionary. 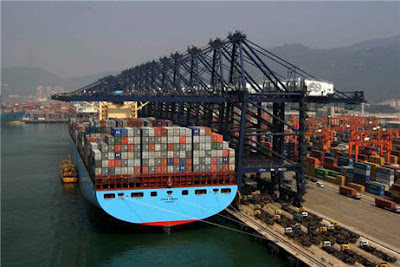 Ports are places changed beyond measure by palletisation, containerisation, fast turnarounds that don't allow the visiting seafarer any time ashore, the competition of air travel, and above all industrial decline.Three indelible images remain for me after the conference: sad grey photos of Hull’s rotting wooden jetties; advertising-bright images of the sleek access roads in Thessaloniki’s drastically restructured ports; and the replica of a wife’s severed head in Tunisia, on an old house wall above a tangled garden.

As Sarah DeMott explained, living in a port had enabled a local wife to meet a foreign sailor (and commit adultery with him). Maritime life had provided the ship that helped them move away. But the white carved head, a replacement for the real and bloody original, was the husband’s assertion of conventional morality and gendered power. Wives risk death if they choose new lovers, perhaps especially foreign ones. It underlines Dave Featherstone's point: it is important to not simply see ships as heterotopic spaces but to understand how the shore and the sea interact. Mores and values extend their tentacles from land as well as to it. It is the overlap as well as the exceptionality of ships that make ports such compelling foci for study.