Eliana Maria Krawczyk, Argentina’s first woman submariner and her 43 colleagues on the missing ARA San Juan, will no longer be sought. After 15 days the rescue operation has been called off and all aboard are presumed to have died after a battery exploded. 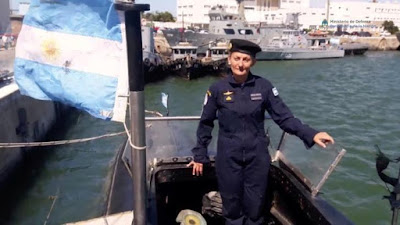 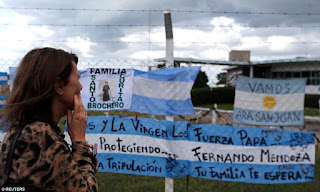 As yet there has been no gender-specific mourning for Eliana.

No one has yet used the tragedy as opportunity to call for women to be excluded from seagoing, as happened with the Royal Navy’s Acting Leading Seaman Faye Turney in Spring 2007 off the Iran-Iraq coast. (Faye pictured with baby Molly and husband Adam, Daily Express, 11 April 2007). Comments about Faye’s reported behaviour after being arrested by Iranian military personnel, along with 14 others, included that she had been insufficiently Nelsonic. 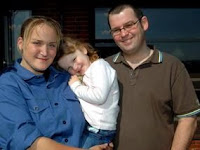 At that time, 17 years after the RN’s 3,000-odd women had been allowed at sea, some in the UK still saw women as inherently not fitted for seafaring, let alone for combat situations. This was seen as especially true for mothers.


A pioneer, not proof of women's unsuitedness
Hopefully Eliana’s achievements will mean that she continues to be a beacon, an inspiration to other would-be female submariners.
Even in the UK women ‘sinkers’ are still seen as pioneers, five years after women being officially cleared to do such work. (The UK is currently said to have c 50 women on submarines, including officers and medical assistants).The first three are pictured below.

Eliana's place in female submariners' global history
See this blog for 22 Nov for a global summary of women on submarines. Eliana is part of the first 500 in the world. She goes down in history as the very first of the sorority to die on active service. 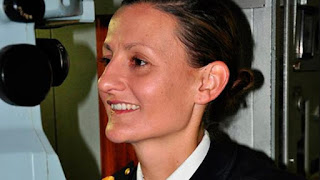