Ten interesting things about working at sea in the past: BBC2's A House Through Time

If you want to know more about Edward   (see pic), who lived at Grosvenor Mount in Leeds,  read on.This is my extra detail about him, to supplement the show. It builds on research done by the Twenty-Twenty team too, especially Anna Bates. 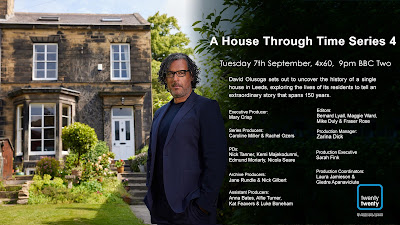 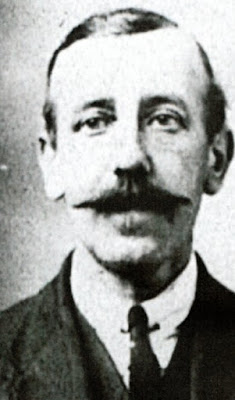 1. WHAT SORT OF PERSON WAS HE?
The Board of Trade official  photo shows he looks fairly attractive and intelligent. He sported the fashionable Adolphe Menjou moustache. I happen to be able to analyse hand writing, so I detect that he was cultivated and steady. At that time, by contrast, stewards hit the headlines as flashy wide-boys into bigamous adventures  and swindles.

2. WHAT WAS HIS LIFE PATTERN?

We don't know how or why he took to seafaring work. He worked first as an import clerk, which may have fuelled his interest in travel and connected him to someone who could give him a reference for Cunard, one of the biggest names in shipping. He'd have travelled to its Liverpool HQ to be interviewed. Certainly reliability and a good service ethos were among the required traits. 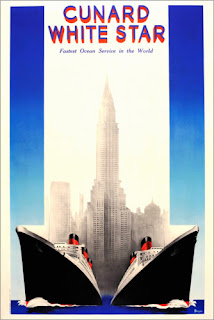 He was employed mainly by Cunard and didn’t change ships much. (See list below). Staying with the same vessel was normal if the Chief Steward and Head Waiter wanted you on their ship. Not everyone stayed with the same shipping line, because they wanted to go to other destinations instead. Edward might well have got tired of going to New York. But if he fancied Australia or Japan he certainly didn’t act on that wish and join, say, P&O instead.  Maybe he was happy being home one week in three, and on the best-tipping route in the world – to and from New York.

He was buried in the Cunard section of a Manhattan graveyard; possibly his family didn’t think it was worth shipping his body home, or were persuaded against it.

Being a waiter was a white job, except for the low-waged Asian stewards working for shipping lines such as British India. Edward would have got several times their basic pay, plus good tips as he was working with American passengers, who tended to be generous with the gratuities.

4. HOW DID GENDER AFFECT HIS LIFE?

Being male meant he was privileged and mobile in this maritime world. Women were not allowed to be waiters until a handful were allowed in on Buries Marks tramp ships for a gimmick in the 1950s, then later on Union Castle liners as stewardettes in the 1960s. See YouTube: https://www.britishpathe.com/video/stewardettes. Dining rooms were the area where you had greatest access to tips, so for as long as they could men made sure they - not women  - secured those rights.

5.IS THERE AN LGBTQI+ ASPECT?

Hotel and catering work - on land and sea - was an area where it was fairly common to employ gay and bi men, or at least men who sometimes had sex with other men. So Edward would have had queer shipmates. Maybe he even shared the same dorm as some gay stewards.

6. WHAT WERE HIS WORKING CONDITIONS IN THESE PALACES?

As a waiter his day began at 6am and ended around 10 pm. He served breakfast, lunch, afternoon tea on alternate days, and dinner, too. When he made it to First Class waiter his job was easier: only one sitting for dinner, not two, and better baksheesh - but stuffier diners.

Waiters sailed in war, mainly on their usual ships which had been converted to carry troops. Edward was certainly at sea in Dec 1914, Jan and Feb 1915 on the Transylvania, with 312 other crew. In 1917 a German U-boat sunk the Transylvania; Edwards seems not to have been aboard.

In In March 1915, as a First Class waiter on the Orduna to and from New York, Edward is likely to have been bringing Canadian officers (and their families) to the UK to train before going to the Somme. In war crew were expected to also learn to use the ships' guns in emergencies. So Edward might well have been as adept at targeting as he was at Silver Service, going to and fro across the Atlantic. Not many areas were mined at that stage. A German torpedo narrowly missed the Orduna in July 1915. I don't think he was aboard at that time. He died before WW2 began. Stewards lost their lives in both wars.

8. WHERE DOES CLASS FIT IN THIS PATTERN?

Edward’s Dad was a stuff merchant’s clerk in Shipley, who died when Edward was 14. So Edward went with mum and siblings to live with his maternal grandparents in Headingley, the house featured in the A House Through Time programme. (See photo of presenter David Olusoga there today). It was fairly posh, but VERY crowded. He had a genteel upbringing and reasonable education, so he'd know about how to behave with the elite passengers upon whom he waited. 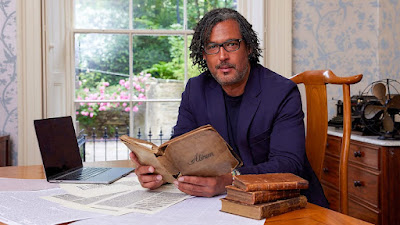 9.WHAT ABOUT EDWARD'S FAMILY LIFE?

There's no typical pattern for stewards' families of that period, except that usually seafarers’ children followed in parental footsteps. Edward's dad was in textiles and Edward had no children, so he was not part of a maritime dynasty. Two of his younger sisters became teachers. Edward would have been able to put in a good word and help get them jobs as stewardesses, if they had fancied what was seen as a daring life for a genteel lady. About 50% of seafarers were married, as Edward was, although we don't know when exactly he married. Shipmates did have adulterous relationships, but more so on long-distance voyages.

Was he an exception? No, only in dying on board. 24:7, Edward did not live the good life his wealthy passengers enjoyed. Most ship's stewards ate their meals on the hoof, so they had gastric problems and kept popping Rennie indigestion tablets. Many men smoked at that time, which worsened lung problems for lowly crew sleeping in poorly ventilated area.

It sounds like Edward had a serious health problem because in April-Jun 1932 he became a lift attendant on the ship - a non-arduous job, like lavatory attendant, which was a sort of grace-and-favour job allocated to loyal elderly staff who were not capable of much exertion. Then for a further six months he became a servants’ hall steward, which was light work. The fact that Cunard did not get rid of him when he became poorly indicates that he was regarded as a useful company man. It's very unusual to die in your bunk, at sea, of natural causes. Most shipping employers would have been ‘let go’ before they reached that state of ill health.

What ships was Edward on?