One of the most important and exciting conferences ever in the exploration of maritime history took place this week: Maritime Masculinities, 1815 – 1940.
Two fascinating days at St Anne's College Oxford, 19-20 December gathered some of the liveliest people applying cultural studies lenses to maritime labourers and depictions of them.
In the past maritime history – a rather conventional discipline involving economic and social approaches to people working at sea - has not given much space to matelots' masculinity. So these proceedings not only showed the new energy being put into the field, but also created more energy as collective enthusiasm was shared. 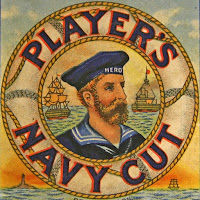 I wrote about the planned conference in this blog on Wednesday, 19 October 2016. I won't repeat that material. This item today is my brief summary of what happened there.

What surprised me?
I have long known that the subject has many facets. But somehow, listening to all these people each tackling their research in very different ways, made me aware as never before of the immensity and significance of the subject.
Under scrutiny were the archetypal seamen of the past: males who were popularly represented as heroes with hearts of oak, saving the nation, ruggedly masculine. Yet part of that masculinity was that they were admirable, kind, fatherly, honourable. I was surprised that there was not more discussion of all the features that didn't fit the heroic stereotypes; realities such as they had same-sex relationships, handled alcohol addiction, and were xenophobic agents of Empire. What fascinates me is the way the socially acceptable features and the silenced aspects interacted, and had major social implications. 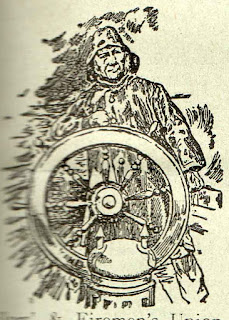 What did I like best?
1. Meeting people who have made a major contribution not just to maritime masculinity, but to applying cultural studies lenses to all the diverse men who sailed.
2. Finding out from so many from all over the world that my work on gender and sexuality in the maritime past had been useful to them.

What do I think was the most significant sessions?
There were two sorts: .
1. the most important sessions for me were those on transgressive sexuality, meaning Jack Tar as someone who had same-sex relationships. So Mary Conley's enticingly entitled keynote speech - 'Looking For Sex in the Naval Archives - really helped me grasp why there are silences about homosexuality at sea: to report an illicit sexual event would be to detract from the reputation of the ship.
Seth Stein LeJacq's 'Sodomy, Abuse of Authority, and Masculine Failure in the Royal Navy, 1797-1840' was a masterpiece of productive close study. He had analysed 500 sodomitical crimes between 1797 and 1840 and found that in different periods they were - more frequently or less - between unequal partners. In other words his findings indicate that what was considered a crime was sex between people who had unequal power to insist/reject, rather than same-sex sex itself.
2. the most visually interesting sessions with those that showed images of sailors as fathers.Mary O’Neill explored paintings of fishermen as models of dignified labour. They were domesticated members of a team, not brawling irresponsible outcasts. 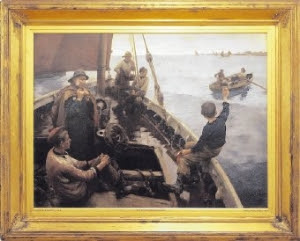 Of course, there's huge diversity of people, times, countries, navies. What's interesting is the forces that produced the differing masculinities, and the contradictions.

How can you find out more?
Unfortunately, no summaries of the conference papers are available online. Nor is any book of the conference planned as yet. Certainly much productive networking will come out of this conference and many single-authored publications will be spawned.
However the conference was extensively tweeted and the tweets can be seen at https://twitter.com/MMasculinities.