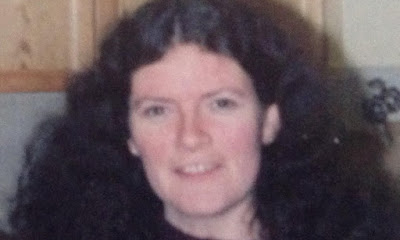 Books that attempt to keep a record always have key figures who got away. Captain Denise Bradlaugh-Bonner, (1952-2016) was one of the women who should have featured strongly in my new book, From Cabin Boys to Captains: 250 years of women at sea https://www.facebook.com/From-Cabin-Boys-to-Captains-250-years-of-women-at-sea-1674785129441025 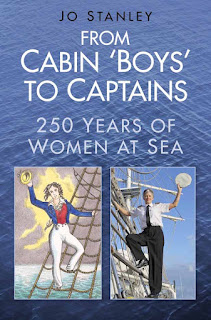 Throughout 2013, 14 and 15 I tried and tried to have the promised interview with Denise, one of the very first women captains of the early 1980s. But we never managed it. Not least of the problems was that she was living abroad, in France, and her emails kept being hacked into and her URL changed.

"My time at Sea? I don't particularly see my self as a significant pioneer! However, if I can be of help - no problem" she told me. We didn't get much further.

But I am still hoping her ex-shipmates and family will get in touch so I can write more. She deserves to be fully on the record.

You can read a robust but vague discussion in 2008 of this popular and competent captain - and lively shipmate - on the Ship's Nostalgia website http://www.shipsnostalgia.com/archive/index.php?t-20410.html. She briefly, and wittily, joined in from Malaga.

Entries from ex-shipmates indicate that in her career c 1983-2000 she worked on very small dry cargo vessels owned by the then-small Cowes firm Carisbrooke, as well as for Arklow and Union Transport. Her ships included Angelique V, Helen C. Greta C, Betty C and Serenall (which I can't track down, so may be a mis-spelling). 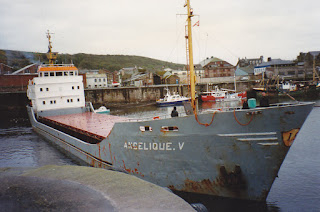 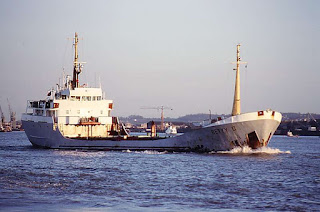 The Betty C at Tilbury in 1990. Picture by John Jones, image courtesy of http://www.shipspotting.com/gallery/photo.php?lid=146340.

One of her husbands was an ship's engineer, Scully. They lived in Port Leache in Ireland. In the early 1990s she split up rather acrimoniously from another husband, John Webb; they had lived near Colchester.

I've just heard that she died suddenly in March. An interesting version of her story appears at http://www.theguardian.com/world/2016/mar/24/denise-bradlaugh-bonner-obituary..

Until then I had imagined her as 30 years older, staid, salty and certainly not the kind of wild child I myself might have hung out with. So this obituary is yet another valuable proof that making any assumptions about women seafarers is a no-no.

The obituary also appears below, but I have added some notes.

My friend Denise Bradlaugh-Bonner, who has died of a heart attack aged 63, was born in London of Irish parents and retained a strong Irish identity throughout her life, which was utterly changed as a 16-year-old schoolgirl when she went on a school trip to Paris just in time for the événements of May 68.
Returning to England, she threw herself into far left politics. She joined the International Marxist Group but found herself in the doghouse when, while attending one of its summer schools, she decided that repairing to a local pub would be a more interesting use of her time and accordingly “borrowed” the IMG’s Land Rover, which was returned somewhat damaged. The IMG constituted a people’s court to deal with these depredations, only to find themselves described as a “boring bunch” by the miscreant. She was later expelled from the IMG (for ultra leftism) and was also expelled from the International Socialists (forerunner of the Socialist Workers party) for the same reason, which may constitute a unique double.
Denise was also heavily involved in the squatting campaigns of the era; she found herself on the receiving end of a medieval trespass law and in some apparent risk of custody. Michael Mansfield, then a junior barrister, came to her rescue and the penalty was mild. It was probably necessary for her wellbeing that her activism eased off and it duly did. She gravitated more and more to the London School of Economics, though for social rather than educational purposes. She never did anything quite so mainstream as a degree.

Taking to the sea
The change in Denise’s life began in the mid-70s, when she gave effect to a long-term hankering and bought and lived on a working Thames riverboat. The boat was moored at Kingston but would regularly head off up the Thames after dinner (she was an excellent cook) in the general direction of a riverside pub with mooring facilities.
She went on to qualify as a Thames river pilot, essentially out of interest, but the sea was in her blood.
A number of members of her family, including her father, Denis Halloran, had worked in the merchant navy [Note from Jo. He may have been Chief Officer of the British Judge, Dennis Patrick Thomas Halloran, who won an MBE in 1944].

... [Denise joined the MN] in the early 1980s, initially at the bottom as a ship’s mate.
Through hard work she went on to become the first female master (ship’s captain) in the British merchant navy.[Others had actually succeeded before that]
She was inevitably met with a lot of prejudice, possibly compounded by her typical refusal to wear the master’s uniform (she wore a white boiler suit instead). [On small cargo ships in the MN it is quite normal to wear boilies. There are no passengers to impress].
But [she] won people over by being very good at her job and supportive to her crews.
Her career came to an end when she caught a serious tropical virus, seemingly in the South China sea.
She retired in the 2000s and alternated between living in Spain and in Norway until she settled at Couiza in the foothills of the French Pyrenees.
Denise married and divorced four times. She is survived by her mother, Margaret, and brother, John.
Posted by Dr Jo Stanley, FRHistS. at 00:39 No comments: