Once upon a time, in the early eighteen hundreds, there were two women working as sex industry suppliers in two major ports: one in Macao, the other in Plymouth.

Then both of them married seagoing captains and went sea with them, giving wifely support in his established business: one in the South China Seas, the other on the St Lawrence in Canada.

The business was piracy.

This week I'm preparing to film some of Zheng Yi Sao's story - not in that busy world port, Macao, but in landbound Scisset, West Yorkshire. Next week I can reveal  the film production details. For now it’s secret.

Why am I telling you? Because I’m so happy about sharing stores of women working in fascinating ways at sea. I like boning up on her global context too.

I hold no brief for pirates at all. But they - and the fantasies about them -  do interest me.

1. how women in authority on the waves handle the male hostility. Did the skills she learnt in managing men as clients on floating brothels on the Pearl River help her with her extraordinary feat: organising and streamlining a confederacy of 400 vessels as seafarers plundered ports and terrorised ships local in South China? Maria Cobham was only involved in one ship, with a maximum of 100 workers. Zheng Yi Sao was commanding 60,000 bandits, the same amount of people as Amazon employs in the UK, and twice the number of fulltime personnel in today's UK Royal Navy.

2. How family/work balance works. Zheng Yi Sao  had her two young sons with her.

You can find out more, now, from: 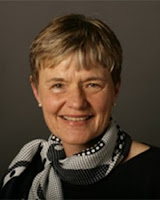