‘Should – could – a woman be given a master’s ticket? In effect, could a member of the ‘fair sex’ ever be a ship’s captain? That was the formal topic discussed at Southampton Master Mariners Club in late May 1928. By fluke I’ve just discovered this debate, while looking through online newspaper archives.
‘Thirty-one members ... laughingly voted against, and two have solemnly voted for, the suggestion that women are fit to command ships at sea,’ recorded the UK’s Truth.
The picture shows some of those Southampton Master Mariners' Club members a little later, enjoying  their first Sea Pie Supper, 1929. The founder, Captain SN Braithwaite, is fifth from left on the back row.

Why does one local discussion matter? Because it was so well-publicised. And it reveals contemporary thinking about the gendered sea, in one of the most significant ports anywhere.
'Women’s Place on Board Ship' was the first debate the club had, after it was founded in February 1928.
And the SMMC's members’ words had a global impact in the English-speaking world. Newspapers in the US and Australia announced the decisions taken by these Hampshire captains of some of the greatest ocean liners.
Although the articles didn’t make the front-page, many  ran along the lines of the Lowell Sun’s: ‘Old salts object to women mariners.’


At that point in the UK women’s equality was anyway a hot topic. The Representation of the People (Equal Franchise) Act was due to come into effect in only four weeks’ time, on 2 July. This law meant that, at last, all women had the vote. 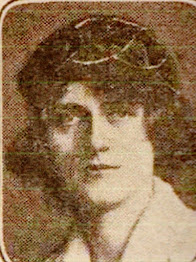 And a yachtswoman, Lady Rasch, (c1880-1944) (pictured) had just been awarded her yachtmaster’s ticket. Katherine’s feat was greatly acclaimed in the society pages of newspapers, including in the US, that month.
Actually the British Board of Trade had, since 1907, been allowing women to be awarded yachtmasters’ certificates, although it may only have been an honorary award before Lady Rasch’s time.

Lady Ernestine Brudenell-Bruce (1871-1953) had begun the fight for that right in 1898, when she was not allowed to take her ticket at the end of her course at a Liverpool Nautical College. She leaked the BOT correspondence to newspapers as far away as New South Wales.
Mr Ingram R Walker of the BOT told Ernestine ‘I am directed by the Board of Trade to state that they have always considered and held that a “master’s certificate” clearly implies that it is confined to men.’
She carried on sailing anyway. So did some other unticketed yachting stars such as Mrs Grace Schenley (pictured, courtesy of Classic Boat Museum, Isle of Wight). 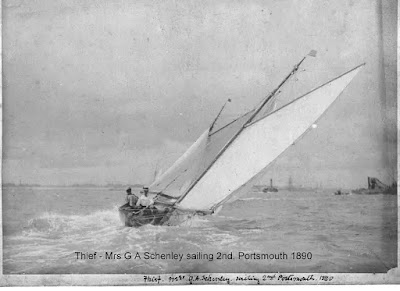 Furthermore, women officers were already on liners. Since 1919 ships had conductresses who acted as social workers for solo female emigrants. And nursing sisters had been accorded officer status on ships for two decades.
Victoria Drummond (pictured, courtesy of Catherine Drummond-Herdman)) had become the world’s first female marine engineering officer in 1922. 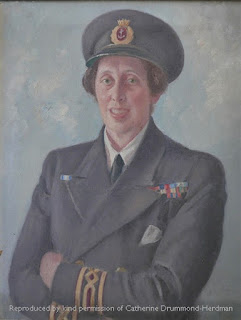 So why weren’t women fit to command ships – or even work on them as deck officers – according to the conservative, and possibly tongue-in-cheek, chaps of 1928?
There’s much confused reporting, which ignores – ahem – the slight difference of scale in the business of commanding a yacht as opposed to that complex cluster of operations, the ocean-going ships.

But the two main reasons appear to be:
1. ‘The life of the sea breeds characteristics, particularly in the way of vocabulary, not best suited to female comradeship’ went one argument in the Truth. Presumably this was a metonymic way of saying that women belonged to a separate and more refined culture. Therefore mutual intelligibility was impossible.

2. Sex-segregated space on board would be required, as the women worked their way up the ranks. ‘Whether they enter as apprentices or ordinary seamen, women would have to be berthed apart from the rest of the crew ... I cannot imagine shipowners relishing such an additional demand upon space’ was another obstacle raised in the Truth. The same argument was still being used to exclude women from ‘men’s jobs’ in the 1970s.

The Truth’s writer thought the discussion in the press which led to the Master Mariners’ vote ‘started from the wrong end.’ He focused on unladylike bossiness:
‘That women have the mental ability to take an extra-master’s "ticket" nobody will doubt. That a large type has fitness to command men anybody with knowledge of boarding house landladies will readily agree.’  (Such  businesswomen were stereotyped as the epitome solo female tyrants). The H  Ryder Haggard characterisation of a woman as ‘She who must be obeyed’ had been jocularly circulating for 38 years by then. 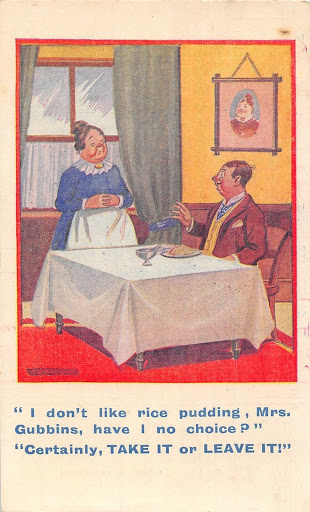 However, the Truth also added somewhat sensibly ‘‘But command of a ship is a goal at the end of a long and very hard  road ...  and the real question is whether women have the physical and temperamental endurance to travel that road.’

Leaking Pipeline Syndrome is still a problem today. The obstacles to women ‘flowing on’ in a lifetime career are now recognised as including that:

How to solve the problem?


So what was to be done, in 1928? In a world where all training ship cadets were male the Truth’s reporter suggested ‘A training ship for women might meet the case up to a point ...  but at the end of their probation the same difficulty of "mixing" would occur.’
‘The real solution would seem to lie in an all-woman "manned" ship,’ (something partly attempted in 1960s China).
The Truth then mentioned precedents: that women disguised as men had got on quite successfully in the maritime past: ‘celebrated examples of successful disguise [included] ... Hannah Snell, Mary Read, Ann Bonny, and Mary Ann Talbot.’
He did not deduce that these disguised women’s success (in low-ranked shipboard roles) proved that the problem was not women’s actual lack of intrinsic competence.
Rather their feats were proof that trouble only occurred because men imagined that any woman who was visibly female must somehow be too cowardly to climb up masts or to survive bad voyages without going into hysterics over the wet chintz cushions or possible damage to her nail varnish.

It’s no surprise that the elite Southampton gatekeepers protected their professional enclave.  But it’s telling that two men voted for in support of women - if only for the pleasure of playing devil’s advocate. Today women recognise that male mentors are important. In 2017 the Women’s Engineering Society instituted the Men as Allies Award.
But who were those two enlightened masters mariners nearly a century ago, who deserve retrospective awards?

1.       The first can barely be traced. Captain SN Braithwaite, MBE, was at that time the Marine Superintendent for the Royal Mail Steam Packet Company and seemingly in his 50s. In WW1 he had been honoured for his part in the Dardanelles campaign, as captain of the troopship Cardiganshire, which took soldiers out to Gallipoli.
He had organised the founding meeting of the SMMC, in the RMSPC staff dining room, just a few months earlier. He later went on to become Staff Captain, then Captain, of the Club. In 1933 he became president of Southampton Shipping Golf Society. So maybe his opinion carried some weight.  In other words he was popular and a networker. Often male supporters of maritime women were fathers of lively daughters, but his family life is not known.
Captain Braithwaite declared to the press ‘We have women mayors and councillors, women lawyers, women doctors, why not women master mariners? Personally I should not mind serving under a woman master.’

Maritime women’s second ally was John Archibald Rupert-Jones, the hydrographer to the Southampton Harbour Board. Then 54, he had been decorated for his RNR service in WW1. And he was esteemed for his survey of St John’s harbour (1912) and Chronological Order of the Introduction of Steam-Propelled Vessels into the Royal Navy’ (1927).
He was married to a farmer’s daughter, and had grown up in an applied intellectual and taxonomic situation: John’s father was the distinguished professor of geology and palaeontologist Thomas Rupert Jones (1819-1911). Thomas had been teaching at Sandhurst when John was born. This background may suggest John was a person who would not have readily tolerated untrained, undisciplined people ‘interfering’. In other words, he wouldn’t be someone to gallantly support just any women fancying herself in gold braid. But he would be able to make space respectfully for those who were competent.

John Rupert-Jones named Mrs Beatie Fry as a ‘living example of a woman who would be a capable master mariner.’  The Press Association journalist on the story gathered some quotes from Beatie Fry (formerly Holme Sumner, 1842-1966). Then aged 66 she was one of the best known female authority figures in Merchant Navy circles as, effectively, the head of the training ship Mercury for three decades.

From girlhood she had been notorious for her ‘manly’ disregard for feminine conventions: she rode astride, wore masculine clothing and had been involved in a sex scandal.

Beatie Fry joined this SMMC debate by asserting she would ‘have liked to see women given the chance of becoming master mariners. The necessary qualifications which she named, nerve [“not nerves”], comprehension, self-control, and stamina were, she considered, present in some women as in some men.'
‘She herself frequently led the boys of Mercury aloft, a feat which she considered presented no difficulty to the average woman. Like [Prime Minister Stanley] Baldwin, she was convinced you cannot cheat the sea: competence for the job, and competence alone, can save a skipper’s face and make a skipper’s reputation.’


‘Such competence would, she considered, be recognised and reverenced by a crew as readily in a woman as in a man skipper. Mrs Fry’s robust and generous faith in her own sex is both convincing and refreshing’ opined The Woman’s Leader.
‘Asked “What about mutiny?” Mrs Fry said “There would be no fear of mutiny if a woman were in command. As for sea-sickness, a woman is no more liable to sea sickness than is a man," reported the Nottingham Evening Post.
Two weeks later Captain Thomas Luther Evans, who had 29 years’ experience, told the Western Mail her claim was ‘absurd and impracticable.’ He ‘would strongly advise her to drop a subject for which she is totally incapacitated.’

‘Today thirteen of the club's 250 members are women,’ says SMM Club membership secretary Barry Peck. 'Of these, five as Master Mariners  and one is a Younger Brother of Trinity House. times have moved on since 1928. ' 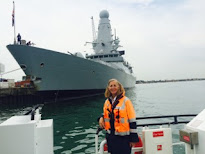 Captain Rachel Dunn NMN, is an example of this. ( Pictured above on the Admiralty pilot boat after bringing in HMS Dauntless, Portsmouth 2015.
She joined in 2000 when five month’s pregnant with her twin girls.
‘It’s a great place to have knowledgeable collective discussions about how to create a comradely happy ship.’
She found the members were still so unused to female captains that they mentored her and saw her as a novelty. But they respected her endeavour.
When she became the first female captain of the Club in 2019 she did not want her gender to be commented upon in the media. ‘I was a ship’s master and my qualifications were just the same as those of any other captain of the club,’ this STEM ambassador told me this week.

What does it mean?

This SMMC debate, and its global publication, is not only a really useful way of understanding gendered social ideas about women in authority in the maritime past.
It’s also a way of figuring out which women were being seen as significant in the maritime world of that period: the notorious Beatie Fry, Victoria Drummond, and Lady Ernestine Hunt (nee Brudenell-Bruce). Their aristocratic backgrounds helped them rise.
By contrast their forbears, such as Hannah Snell, succeeded despite being working-class, because their gender was invisible to their shipmates and because they did not seek authoritative positions.
--
(The author is grateful to Barry Peck and Terry Clark of the SMMC, and to  Rachel Dunn, for their co-operation over this article).
Posted by Dr Jo Stanley, FRHistS. at 06:42 No comments: