This breaking news story is heading straight for that boring category from ten years or more ago: 'OMG,! See what happens when you put lady sailors on warships! The stork comes along and upsets operations. Whatever next! Layette-knitting sessions by the torpedo launchers? Regulation issue baby-milk expressing pumps on the bridge? Told you women would only lead to trouble!' 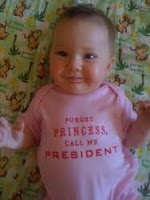 This is the story as CNN tells it: 'Surprise! US Navy sailor unexpectedly gives birth on aircraft carrier', by Barbara Starr and Tom Kludt, September 14, 2016. http://edition.cnn.com/2016/09/13/politics/us-sailor-birth-at-sea-persian-gulf/

"A sailor who hadn't previously disclosed her pregnancy gave birth recently aboard an aircraft carrier currently involved in military operations against ISIS, the Navy has confirmed."

'Just Tummy pain?'
"A Navy spokesman said the sailor had complained of abdominal pains and was checked into the medical department on the USS Dwight D. Eisenhower. It was there where she later gave birth to a seven-pound girl. 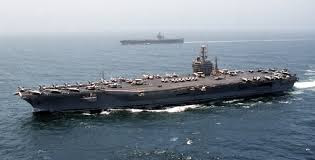 .
"Both the baby girl and her mother "are healthy and are doing well," according to Cmdr. Bill Urban of the US Naval Forces Central Command.
"As the baby was born at sea aboard an operational unit, the main focus for the US Navy, the ship and its crew is the safety and well-being of the baby and the mother," Urban said.
The woman and child were flown to Bahrain by helicopter with a medical escort, where they are receiving follow-up care at a shore-based hospital."

In the middle of fight against ISIS
"The unexpected birth came at a tense time aboard the ship. The Eisenhower was in the Persian Gulf in support of US-led air campaign against the ISIS.
Urban said that Navy policy allows expectant mothers to "remain onboard a ship up to the 20th week of pregnancy and only if the time for medical evacuation to an emergency treatment facility is less than six hours." But the Navy was unaware of this particular pregnancy, he added.
"While it would have been preferred to send her to her homeport earlier, per policy, we are now focused on caring for the health and welfare of our sailor and the newest member of our Navy family," Urban said. "We are working a plan to move them to a shore-based hospital as soon as possible.""

Diapers by chopper
Other US sources reporting the event say the Navy flew out nappies, formula (processed milk) and an incubator for the baby before the petty officer and her daughter were taken by chopper to a Bahrain hospital.

Operation Inherent Resolve, which the Eisenhower has been supporting, has been making air strikes from the Arabian Gulf since 22 July. In all 3,200 people are aboard this elderly nuclear-powered carrier, which carries 90 aircraft. 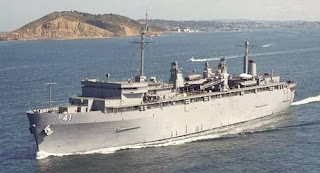 My comment:
The story, of course, indicates something tragic: that education systems have truly failed women if they don't know when they are pregnant. And if they do know, but have to hide that knowledge - perhaps even for themselves - then changes are needed in naval ways of operating in regards to that should-be simple and important matter: women's reproductivity.