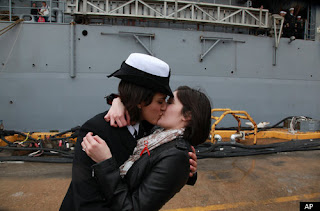 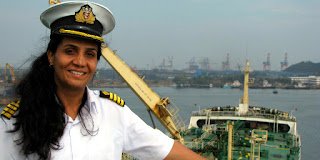 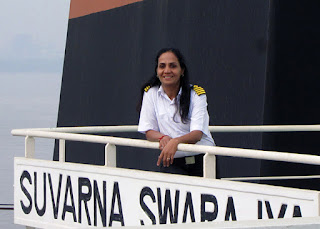 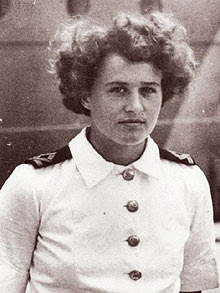 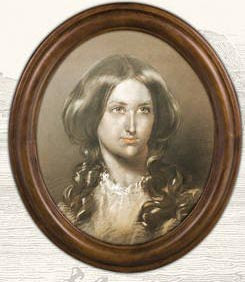 An astronomer and navigation expert Janet Ionn, later Mrs Taylor, (1804-1870) made important contributions to maritime life. But she was cash-strapped at times, died in poverty and was never properly respected by the elite of the British naval world, though others esteemed her innovations and generosity.

Guest contributor John Croucher, one of the authors, reveals the story behind the book: 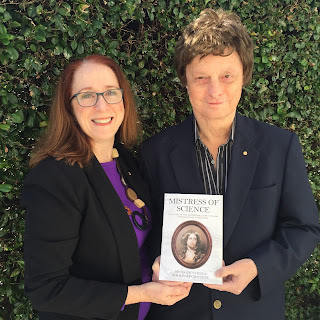 “My desire to write Janet Ionn Taylor’s story was a deeply personal one. I am her great-great-great-great nephew, descended from Janet’s eldest brother, William Ionn. His grandson emigrated to Australia. His daughter Olive Stella Ionn married Henry Croucher, my father's father.
As a statistician, a Professor at Macquarie University, Sydney, I was intrigued by my super-talented ‘aunt’, and the mathematical ‘gene’ that connected us.
Sydney Ross Croucher, my father had made a few tentative enquiries. That opened up a correspondence with Lieutenant Commander Ken Alger.
Alger had been a teacher of navigation on the very same site that Janet had conducted her Nautical Academy for over thirty years in the middle of the 19th century. Ken’s modest 1982 pamphlet about Janet’s life whetted my appetite to find out more.

What kind of woman runs a London navigation school, has eight children (and three step-children), patents a nautical instrument like these below and swings ships? (Pictured, the compass, octant and binnacle she manufactured.) 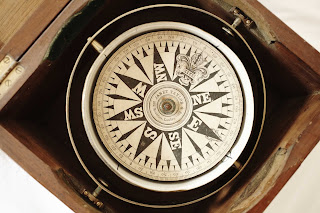 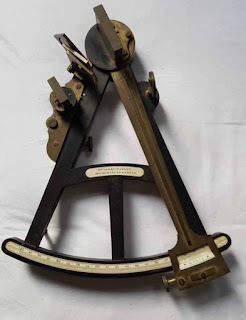 What started as, for me, a journey of curiosity resulted in a determination to tell her story. I wanted to fill in a unique, and missing, piece in the history of sea navigation.
Rosalind Croucher, the co-author, my wife, and an Adjunct Professor of Law at Macquarie University, is a legal historian. Her work is in 19th century women’s legal history - and incidentally she is thought to be a descendent of James Cook.
She shared my curiosity and together we sought to recreate the life of Janet for this biography. 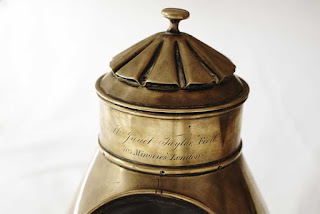 Looking for evidence
The story was written by our piecing together all the surviving publicly available historical records. This included things like:
~ correspondence with the Admiralty
~ letters to the Editor of the Nautical Magazine
~ baptism, marriage and death records
~ census records.
Janet also provided considerable insights in her way of thinking – her religious feelings and general philosophy – in the dedications and introductions in her many books.

But the sense of the private person is challenging to find, without the benefit of a personal diary.
A handful of private letters to family were of some assistance, together with the recollections of those close to her. On a rainy March weekend in Brittany, two of my distant cousins, Elizabeth Soulsby and her younger sister Winifred Cameron, brought out a rolled parchment.
Penned by Janet’s youngest brother the year before she died, this document provided many insights into many of his family members. It provided a backbone to support the essential structure of the narrative, particularly of Janet’s early years.
Without a diary the gaps between the events that are publicly recorded had to be filled in. Here we used a process of reconstruction, combining the fragments of surviving records together with deductions based upon the experience of women of her time and place in history to provide the narrative detail.
Throughout the book are also interwoven descriptions of many of the historic happenings of the day and their imagined impact on Janet and her family, given where she lived, and the nature of the events.

Modern links
And then there were the many hours spent with Ron Robinson, master compass adjuster and raconteur extraordinaire, in Hamble. His knowledge and admiration for Janet, his ease with the subject borne of a great mastery, and love of a good conversation enhanced the book we constructed.
It is very sad that Ron passed away on 6 July 2016, missing the fruition of Janet’s story. But his daughter, Jo, his student and business partner, carries on his fine tradition of compass adjusting.

Remembering
In June 2004, we provided a new headstone for Janet, in her family’s graveyard at the parish church of St Helen Auckland. It had the following inscription:
DEDICATED TO JANET TAYLOR (BORN JANE ANN IONN), MATHEMATICIAN, ASTRONOMER, AUTHOR, INSTRUMENT MAKER, INVENTOR AND FOUNDER OF HER OWN NAUTICAL ACADEMY. RESTORED BY HER DESCENDANT PROFESSOR JOHN S. CROUCHER AND HIS WIFE ROSALIND, AUSTRALIA, 2004, IN HONOUR OF THE 200TH ANNIVERSARY OF HER BIRTH.
(Photo courtesy of John Bake)

Within the constraints of a headstone, we sought to give, for posterity, a summation of her life’s work. And together we completed this book in the hope that, in a small way, her extraordinary story may now seen in the light it deserves.” 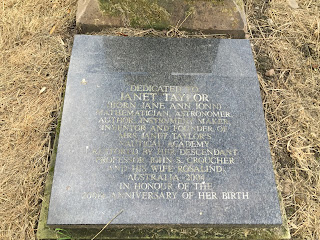 Editor’s Note
There is also a very interesting article by Rosalind and John, which reveals how much her lower social class and her useful applied theories meant she was less respected than her peer, Mary Somerville. This admiral’s daughter was more famous and feted, but less useful. ‘Mrs Janet Taylor and the Civil List Pension - a claim to recognition by her country’, Women's History Review, 2012 , vol 21, no 2, pp253-80.