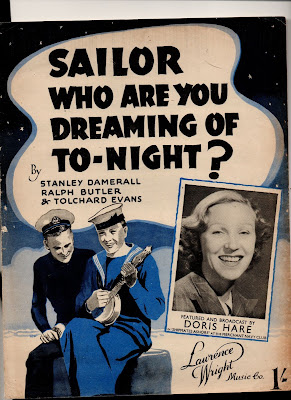 The singer and actor was the proof that crises – like Covid-19 and war – bring heart-warming attempts at bridge-making between diverse people.

And women who have never worked on ships, like her, have made – and are still making – big efforts to improve seafarers’ mental well-being, as caring activists.

Seafaring may still be a 98 per cent male occupation. But women ashore in the maritime industry are – again and still – essential supporters.

In Australia the Senate recently approved support for an activist nun from Stella Maris Apostleship of the Sea: For ‘over twenty years, Sister Mary Leahy, known as the angel of Sydney's waterfront, has worked as Chaplain to seafarers either visiting or based in Sydney,’ announced Tasmanian senator Anne Urquhart.

Mary’s help includes supplying practical things like clothes. But she and her team also inspire increased morale in ‘these most challenging times.’

In WW2 she pulled out still more stops than she had pre-war: treating these  seafarers respectfully, and raising money to support their convalescent home, Limpsfield. 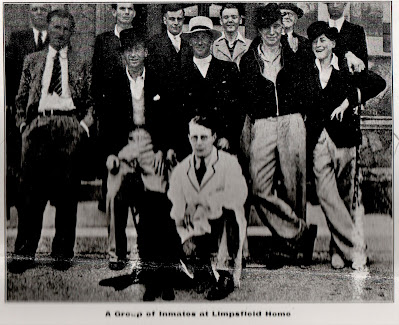 Her efforts helped so much and she was tellingly acclaimed. ‘No wonder we call you the Florence Nightingale of the M. N. after the way you have spent time and money on our behalf,’ one fan wrote to her.

She was not offering medical aid.  But she heartened the men with the genial energetic way she tried to look after their welfare.

And they appreciated it:  ‘In the early days of seafaring ... ships would have had carved figureheads of Doris on their prows,’ the National Union of Seamen rejoiced at the time. (The NUS was subsumed into the trade union RMT, https://www.rmt.org.uk/home/ )

Discovering Doris for myself

It was fifteen years ago that I first noticed Doris, when researching the National Union of Seamen’s archives at Warwick’s Modern Record Centre. How could anyone overlook her!

Over the first half of the twentieth century hardly any women appeared in the pages of The Seaman, apart from the General Secretary’s wife and the odd forlorn widow. But come WW2 and here was this beloved young woman smiling in issue after issue.

WW2 allowed several women benefactors to cross the exclusive portals of this very male organisation, and even be made honorary members. Doris was the first, and the most frequently pictured.

80 years on, our health crisis has provided good reason to think again about providing health care for poorly workers.

I’ve not been seeking comparisons with the role played by concerned women play in our current pandemic. But my interest in what such women did grew because the story of Doris’s bigger context is now coming to light. I’m even meeting the daughters of the heroine, Kate and Sue. 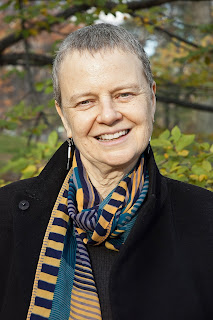 Kate Crehan, Professor Emerita at CUNY, is about to make Doris’ story public. After winning the Biographers’ Club Tony Lothian prize 2020 for best proposal Kate is now looking for a publisher.

But Will It Get a Laugh? The Life of Doris Hare in Three Acts tells the history of British popular entertainment in the twentieth century, through Doris’s life.

For the next 80 years she appeared in a huge range of genre and media that included Noël Coward revues in the 1930s and the television sitcom On the Buses in the 1970s.

Singing their blues away

Women were the bulk of the entertainers in the war. If they sang to service personnel far from home – over the radio and in person – some, including Doris, were cast as beloved objects of mass affection. 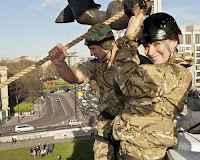 Initially, the programme was broadcast one morning a week from London’s Astoria. And then Charles Jarman, the acting general secretary of the National Union of Seamen, declared 'If we can have a phoney, once-a-week club on the air, why shouldn’t we have a permanent real club in the West End?’

His wish came true thanks to US seamstresses who got the club’s ball rolling. The International Ladies Garment Workers' Union of America raised £15,000 (£688,000 in today’s money) ‘to devote to seafarers’ welfare.’ 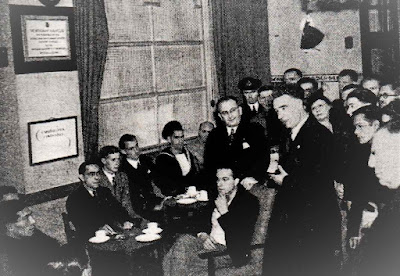 And in July 1942 the on-the-air club became a real venue: the Merchant Navy Club in Rupert Street, near Soho’s Leicester Square. There in wartime any seafarer ‘could get a 1s 9d [9p] lunch and ... you could always find a nice girl to dance with and a good band to whistle to.’ said the Daily Express (4 Dec 1943).

Every week, for the rest of the war, compere Doris was there fielding the requests, singing and introducing guests. In January 1943 Shipmates Ashore even toured: to Liverpool, Cardiff, Bristol, Leith, Tyneside and Southampton.

A Sunday Pictorial reporter who interviewed her later was surprised to find that ‘Hearty, hail-fellow-well-met Doris Hare is not half so rough and tough as she sounds in Shipmates Ashore.’ (Sunday Pictorial, 7 January 1945). But to today’s ears she sounds well-spoken.

The show reached millions, including wives of seafarers. So did Vera Lynn’s Sincerely Yours, another Howard Thomas programme. 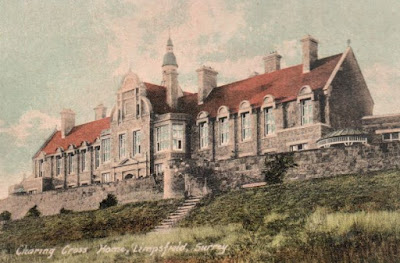 In wartime the public sent Doris an average £50 per week (c£4,500 today) for ‘her boys’. In addition she shared the royalties from the song specially written for her, Sailor, Sail Me Round.

And she organised numerous benefit concerts featuring herself and celebrity friends.

In the Doris Hare room there’s a plaque recorded ‘Endowed by funds, sent to a great artiste who cheered thousands of seamen during their arduous trials in the second great war by her broadcasts as compere of “Shipmates Ashore” programme.’

Her fundraising efforts are all the more remarkable given that the BBC had a strict rule forbidding any fundraising on air At the Merchant Navy club Doris, right, buys £500 of Savings Certificates, that would enable the NUS to later build bungalows at Limpsfield for ‘aged seamen’. The Seaman, Sept-Oct 1943.

Doris Hare was not a pin-up like Vera Lynn. This married woman was adored because she was a warm, real and friendly pal. And the birth of her first baby, Kate Crehan’s older sister Susan Roberts, in 1942 seemed to consolidate the way Doris was appreciated as a friend, not as crumpet.

Not all seafarers were beguiled by her initially. Mr Gallagher, an official who moved the vote of thanks to her at that 1943 AGM, said he’d been a critic ‘but had come to the conclusion after seeing Miss Hare in the flesh that his and other criticisms had been ill-founded.

'He would … suggest that henceforth Doris should be known as “The Merchant Navy’s Sweetheart”.’  The meeting gave ‘three cheers for her and one for her baby, Susan Jane.’

Doris’s daughter Susan soon became such a starlet in the NUS’ eyes that a statuette to her was erected at Limpsfield. With her mum, Sue attended the 1945 unveiling of the first bungalow built there, Susan Jane Cottage, a ‘snug harbour’ for needy retired seafarers, a ‘dream come true’ – thanks to Doris.

ABOVE: Doris helps her daughter Susan Jane (3) step up ‘her’ cottage doorstep at Limpsfield in 1945. Image courtesy of Susan Griffith. 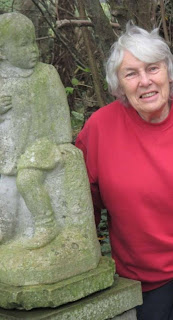 RIGHT: Doris's daughter Sue in 2020, with the statuette, in her Welsh garden after the NUS convalescent home was sold off. Image courtesy of Debi Griffith.

And Doris went on giving, including running a special benefit event in June 1944. Anne Shelton, later to become famous for Sailor, Stop Your Roaming, was one of the stars.

Like But Will It Get a Laugh? The Life of Doris Hare in Three Acts, the convalescent home, and the cottages that came after, are tangible ways of remembering how seafarers in crisis appreciated this woman who understood their emotions when health crises hit.

Sue Griffith tells me her mother 'continued her links with the Seaman's Union right up till she died.’

Doris passed away in 2000 at Denville Hall, the actors’ retirement home  (pictured)  https://www.denvillehall.org.uk/.

Unlike Limpsfield it continues to thrive. It is partly supported by the fund set up by actors’ trade union, Equity. Equitywww.equity.org.uk 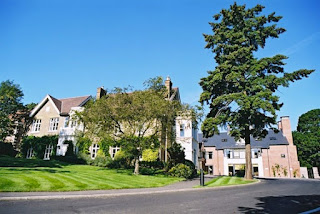 To many seafarers Doris Hare remained a hero and a lady benefactor par excellence.

She was, above all, an adopted sister in a masculinist organisation whose tiny female membership reflected the exclusion of women from maritime life.