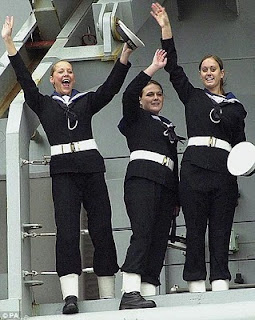 Yes, I am suggesting there is hypocrisy in operation. And it's fascinating to see the fears of trouble, marriage break-up,etc that men are already posting on websites today.
Posted by Dr Jo Stanley, FRHistS. at 12:23