Sex, gender, and the US Navy

The good news is that on Monday 25 Jan the new US president Joe Biden reversed a Pentagon policy that largely barred transgender individuals from joining the US military.

This reverses the ban ordered by Donald Trump, in a tweet, during his first year in office. An estimated 15,000 out of 1.5 million active-duty troops are affected.  Working on that basis, I calculate the decision will matter to around 1% cent of the 336,978-strong US Navy.

It’s been a long fight, with many challenges along the way. Kristin Beck (pictured), who’d served 20 years and  became the first US Navy SEAL to come out as transgender in 2013,told Trump “Let’s meet face to face and you tell me I’m not worthy.”

Kristin declared a person’s gender identity made no difference to their ability to do the job. (Independent. 26 July 2017)

TIMELINE: TRANS IN THE US MILITARY

Here’s an interesting US article from 2017, with troubling responses:  Should Transgender Persons Serve? https://tinyurl.com/Trans-serve. 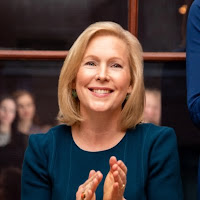 The other good news is that Lloyd Austin, the new Defense Secretary, plans to end the ‘scourge’ of sexual violence in the US armed forces.

“You do agree that we can’t keep doing the same thing that we’ve been doing for the past decade?” Senator Kirsten Gillibrand (pictured), a New York Democrat, said during Austin’s confirmation hearing.

“Do I have your commitment to be relentless on this issue until we can end the scourge of sexual violence in the military?” https://tinyurl.com/Gillibrand-to-Austin. Yes, he assured her.

What’s the scale of the problem? The latest figures (fiscal year 2019) show there were 7,825 reported assaults involving military members of the US armed forces as victims or subjects. That's a 3 per cent increase on the previous year.

Women were roughly 4 times as likely as men to be targets (aka 'victims'). Of people on active duty an estimated 24% of women and 6% of men reported being sexually harassed. https://tinyurl.com/sex-assault-2019

I could not find information broken down to show the 52,391 women currently in the US Navy. This figure would have been very interesting, especially if it had showed sexual harassment levels on ships. For example, is it that the longer or harder the voyage, the greater the number and severity of the sexual difficulties?

Naval Officer Maribeth Coye wrote a very useful MSC management thesis, Sexual Harassment and Rape in the Navy. She produced it in 1983 and it was released in 2013. https://core.ac.uk/download/pdf/36728426.pdf

After surveying 322 women Maribeth found 'sexual harassment and rape are significant problems in the US Navy.’

Under-reporting was, and still is, a major issue. But officers are more likely to report their experiences than ratings. 84% said they had been harassed.

Was it worse on ships? No. She found that ‘especially outside the continental United States, some men may act in ways they would never dream of doing ...but believe is "expected of a REAL sailor” in overseas ports.‘

Macho attitudes didn’t help. Their officers, ‘especially if they have no women on board, may ignore or tolerate these behaviors' as just 'letting off steam'. Evidence refuted the illusion that sexual harassment was merely courtship behaviur that went too far.

Did it even happen on ships?

Sexual harassment happened mainly in the workplace (30% of cases). The majority of attempted rapes happened off-base (44%).

Women at that time were seldom assaulted on vessels because women were not allowed to serve on naval ships until 1978, and only on combatant ships from 1994. 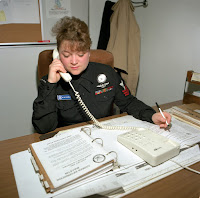 At this date Navy Counselor First Class (NC1) Cheryl Ann Cassarella (pictured) was one of the first  59, on the USS Dwight D. Eisenhower.  The sexual harassment cases she surely faced are not revealed to the public.

Maribeth found that in the 1980s women were only 7% of personnel, (by comparison to 16% today) and were mainly clustered in low-status ‘women’s work.’ This meant they were in a weak position in relation to men.

Their more senior male colleagues had been in the Navy at a time when women were denied a place at sea 'Therefore they had no role models for dealing with women as co-workers' but only as wives or girlfriends.

As one male officer said '"I had to develop a whole new concept of what women are. It is very difficult when overseas and the primary woman contact was a hooker.'"

Buy hey, there's been time to learn in the four decades since 1983, when the first guidelines and grievance procedures were only just being put in place.

Change matters because women who’ve been assaulted can be left with STDs and lifelong trauma. They resign instead of developing their potential after years of training.

But if women did have sex at sea – wanted or unwanted – only 18% of ratings and 3% of officers became pregnant while on ships, according to the 1998 Pregnancy and Single Parenthood in the Navy study. Contraceptive pills were invaluable.https://apps.dtic.mil/sti/pdfs/ADA353976.pdf.

Is it a similar situation for the 9.4% women in the 30,000-strong Royal Navy Royal Marines’ regular forces today?

In 2015 a report was issued: Royal Navy and Royal Marines Sexual Harassment Survey. It found only 2% of respondents reported being sexually assaulted and this number had been stable for years.

For more on the various kinds of sexual harassment see https://tinyurl.com/RN-RM-report-2015.  Firm guidelines are in place. But cultural changes are slow.

The very day I write this blog the Daily Mail is reporting that a naval technician has just been court-martialled at Bulford. The 22-year-old AB was found guilty of sexually assaulting a junior colleague. It was on an unnamed naval ship at Tokyo in October 2019, which Prince Charles had just visited.

The woman said that her assailant ‘”was in my bed and he wrapped his arms around me. He started kissing my neck and his hands were going towards my shorts.”’

She began kicking him off and ‘he told her to “shut up you stupid c***” and began knocking items off the drawers in her cabin before slumping down naked in a chair.’

‘She helped him put his boxer shorts back on before going to find the duty officer who helped remove the drunken sailor from her cabin.’

In mitigation he claimed his margaritas must have been spiked. No chemical evidence was found. www.dailymail.co.uk › news › article-9197237 › Royal.