Mermaids ain't wot they used to be 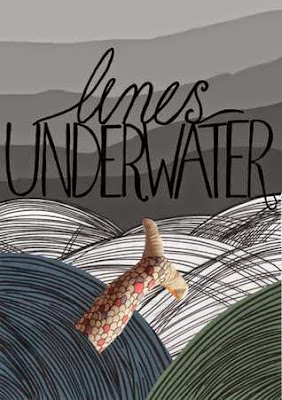 Here's a review I've just found of a book on mermaids to which I contributed last year:
The book is Lines Underwater, edited by Laura Seymour and Kirsten Tambling. It's an anthology of poems, short stories and art.
In an review on August 26, 2013 Caroline M. Davies of Sabotage (http://sabotagereviews.com/2013/08/26/lines-underwater-ed-laura-seymour-kirsten-tambling)explains:

'Lines Underwater ... brings the mermaid into the twenty-first century ...
'Mermaids are used as a metaphor for contemporary issues and dilemmas. Most memorably, Jo Stanley’s ‘Adaptation’ recasts the mermaid as a WAG, the girlfriend of a racing driver undergoing surgery to transform her tail into legs.
'It ['Adaptation’] provides an incisive commentary on celebrity culture and cosmetic surgery and also includes veterans from the war in Afghanistan and transgender surgery:
'“Mainly I visited Stella, who was in supported housing in Slough. She was feeling lonely for all that some of her army mates visited between tours. Seeing their injuries upset her but she loved feeling one of the boys again, as they tried to drink themselves sane.”'

CHOOSING TO CHANGE ONE'S BODY
The above extract is too brief to convey that my mermaid's main pal, Stella, formerly Alan, was a war veteran who, like her, was seeking female genitalia and happiness, at the same time as her and in the same clinic . She lost her tail. He was about to lose his 'manhood'.
I chose the subject after reading a lot of seafarers' stories about mermaid sightings, and thinking about men's sexuality at sea.
It's mixed in with my empathy for many trans people I know who've struggled through gender reassignment surgery. In going for the most important goal of their lives some have been lovingly supported by very macho ex-comrades from the armed forces. I wouldn't have expected these men to be natural allies. But they were, because camaraderie is far thicker than old prejudices about what a 'real man' 'should' be.
In other words I wrote a story about about comradeship, bravery, mobility (in identity as well as physical movement) and gender. I'm glad my story worked for that reviewer. And I'd love to write a novel-length version of it.

A LONG WAY FROM CLICHES
Caroline M. Davies goes on to say 'Like much of the work ...[in this book,'Adaptations'] is a long way from the somewhat clichéd traditional view of a mermaid as an enchanting woman with a fish tail. Lines underwater is by turns playful, thought-provoking and above all packed with original work.
'The anthology is organised into four chapters covering various aspects of mermaids in story and myth: ‘Stories of washed up things, ‘Nets, nerves and wires’, ‘Bricked in and crossing borders’ and ‘Skin, scales, skirts’ ...
'Lines Underwater also includes multi-media elements. There are scannable barcodes so you can access songs and short films. These are also available via the website if, like me, you don’t have a smart-phone.'Go to http://poemsunderwater.wordpress.com/buy-the-anthology/