Elder Dempster - and its seawomen's history 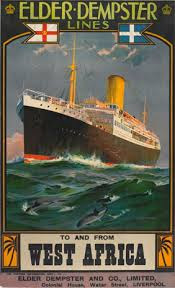 One of the things that Liverpool shipping company Elder Dempster inadvertently did for women in the mid-twentieth century was that it gave them the chance to go to West-Africa and back, for free, as stewardesses.

Now the project Homeward Bound: A Liverpool-West Africa Heritage at Liverpool John Moores University has gathered the stories of 20 Elder Dempster seafarers, including their oral testimony.

The launch party on Friday (11 Nov) was a really great opportunity to not only meet the lively, joke-cracking elders of the company nicknamed Elder Shysters. We also enjoyed a West African band + story-telling presentation there, and heard the story of what the research process found.

PROUD TO BE PART OF IT
I'm really pleased to have been involved in this project in several ways. I hope other shipping companies will follow suit while its veteran seafarers are still with us.


May Quinn, my great aunt, was one of the stewardesses (see picture of her against some of the scraps of fabric she worked with as a dressmaker after her retirement, in the 1950s). She sailed on the Apapa, which was where she met the steward she would marry, Bill Sullivan. 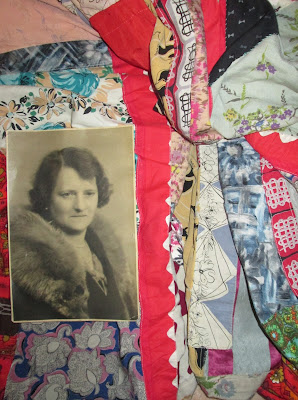 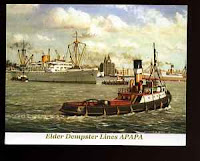 NOT ALOFT, BUT DUSTING THEIR WAY ROUND THE WORLD
It's because of May, really, that I came to be an historian of women's maritime pasts.

After her death I realised that stewardessing was the way adventurous working-class women managed to see the world for free. They dusted their way round it.

But no-one seemed to have written anything about these dynamic women, then. Someone should, I thought. Then I realised that person would have to be me. And so in the 1980s I started interviewing veteran stewardesses. And I went on, and wider...

You can read the stories of May, and of Julia Andrews (whose descendents I interviewed way back) via this link with Liverpool JMU.
https://www.ljmu.ac.uk/about-us/news/future-proofing-history#Find 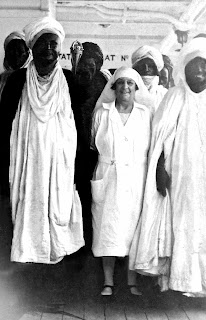 But here today are pictures of the women, some of which will be eventually posted on Homeward Bound's website. Julia is pictured here with passengers in the late 1920s.

Her friend, another ED stewardess, name unknown, walks with a West African woven shopping basket.
Objects change countries. Seafarers were important transmitters of culture knowledge - of which souvenir objects are a material symbol.

The basket lid to the side of her photo is from my old and similar sewing basket. It may indicate the colours of her original basket: this material evidence that she had indeed ventured far away to the country that was called the White Man's Grave - and come back.