“I am no Man to be tried by a Court Martial”: A Nelsonian Sailor Claims “Neutrality of Gender”

This is a guest blog post, specially written by Dr Seth S LeJacq. In it he reveals a fascinating story about definitions of gender, and sex, in the early nineteenth century Navy.


In 1803, the Royal Navy prosecuted William Morris for deserting from HMS Endymion. Officers from the Foudroyant had discovered the deserter when pressing men from the Hawke privateer. Morris had joined that vessel’s crew under the alias “William MacLosh” after fleeing the service. 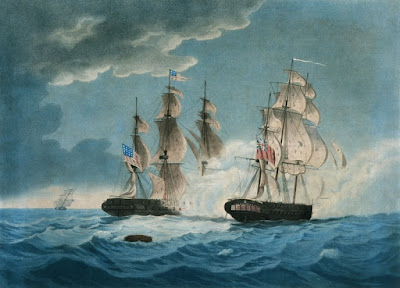 
In a short prosecution phase, the navy’s team established who Morris was and how the sailor had deserted. They made a simple and effective case. A conviction and harsh punishment seemed all but assured. The defendant faced the prospect of flogging, even hanging.

In response, the sailor offered a novel defence. Morris claimed not to be a man, to be “no man.” Naval law only governed men, the logic went. The court had no jurisdiction over those who weren’t male.

This was not, however, an assertion of femaleness; Morris was not claiming to be a woman either. Instead, the sailor defined a status that fit neither of the genders widely recognized by contemporaries.

Legally, it was a weak argument. Naval law in fact governed all in service regardless of gender status. The language in question referred to a “person” rather than a “man.”

But the claim of “neutrality of gender” was plausible to its audience. Early modern people saw, in their own ways, complexities and indeterminacies in their gender systems. They--sailors included (1) --sometimes spoke of “hermaphrodites,” for instance, as people outside of the gender binary. 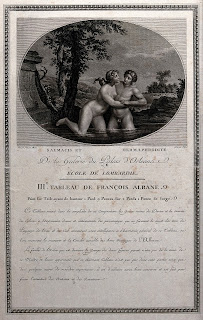 
That may have been the category Morris was seeking to invoke. However, that’s not entirely clear from the records that survive.(2)

Morris did claim, though, that shipmates could prove this gender status on the basis of their knowledge of the sailor’s sexual activities:

“The people onboard the prize [the Bacchante, which the Endymion had captured] Teazed me on accompt [sic] of my having a Girl and slept with her two nights without doing any thing to her. For I am not a Man that could do it. I never had power to do it.”


The author Robert Liddel, deputy judge advocate at the trial, later gave further details in a brief published account of the case. His 1805 book A Detail of the Duties of a Deputy Judge Advocate, a short guide for judges advocate, recounts his version of events. (3)

Liddel reports that even before the trial, Morris had made the “no man” argument. Morris claimed that a ship’s surgeon had performed a bodily examination that very day and agreed that the sailor was not male.

In response, the Commander-in-Chief at Plymouth, Admiral Sir John Colpoys, delayed the trial. The Admiralty assembled a panel of three additional surgeons to investigate further.

They disagreed with their colleague, determining that the sailor “was perfect Man [sic], with the Peculiarity of very small Testicles.” 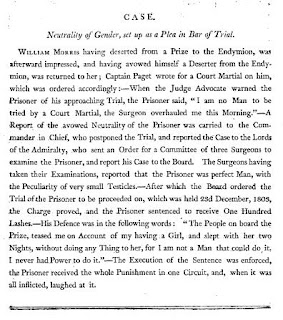 It’s not clear whether this conclusion convinced the court. In the end, the thirteen officers sitting in judgement ignored the defence entirely. A “guilty” followed. They offered no further comment.

William was sentenced to a heavy punishment: 100 lashes with a cat o’ nine tails, to be given in a “flogging ‘round the fleet.” This meant being bound up in a boat that was rowed around navy ships in harbor, receiving a portion of the punishment alongside each, in view of its crew.


And yet, regardless of the dubious legal strength of the defence, the records show that everyone involved considered the “neutrality of gender” claim plausible, at least to the extent that it was worth investigating.

They believed that an ordinary lower-deck crew member could possibly be someone very different from what they expected; they were open to the possibility that Morris might only not be male, but also not be female.

The real questions for them were:
• whether that was the case with William; and
• whether Morris’s gender status even mattered to adjudication.

The trial indicates that those in charge concluded it simply didn’t matter.

As a result, the court did not resolve the first question. Events before and during the trial didn’t fix the sailor’s “true” identity in the eyes of the state, beyond establishing that the person in custody was the same one who had joined the force.

The claim of gender indeterminacy carried no legal weight. So the navy did not ultimately declare that Morris was, or was not, a man. The court martial instead ignored the sailor’s “avowed Neutrality” entirely.

Nonetheless, the legal process revealed a surprising diversity of ways in which navy men thought about gender difference.

In Morris’s story, the lower deck understands masculinity in terms of sexual function. If a sailor is unable to have sex with women the way they would expect, then he is not a man.
Note that everyone takes for granted that shipmates would know all about their comrades’ sexual activities.

The medical men, by contrast, base their conclusions on anatomical and perhaps physiological investigation.

I have not been able to find any record of the first medical exam Morris references. However Liddel’s account of the second investigation indicates that it relied only on sexual anatomy.

Strikingly, this case also suggests tolerance of difference. There is no evidence of anyone having strong negative reactions to Morris’s actions before deserting or allegedly anomalous body. Fellow sailors “teazed”. We don’t find exclusion or violence.

Naval historians such as N.A.M. Rodger have argued that sailors in this period reacted in phobic ways to non-normative sexual activities and gender statuses.(4)  Morris’s tale usefully gives evidence of very different attitudes. 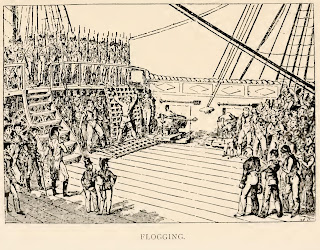 Image 5: A flogging, after George Cruikshank’s The Point of Honour (1823). From Edgar Stanton Maclay, A Youthful Man-O’-Warsman (1910). Public domain, via the Internet Archive.


William Morris’s failed defence opens up a window onto a far more complex world of gender, sex, and sexuality than we usually recognize in this setting.

Indeed, it generated an enormous amount of unresolved complexity. The whole process raised multiple possible interpretations. It’s also made them visible to us, while doing nothing to actually resolve them.

Even Liddel, who oversaw the whole case, refuses to offer his readers a firm conclusion.

His little book introduces Morris not as an example of a man claiming to be a woman to avoid punishment. Instead, the case shows the legal irrelevance of such a “plea.”

Yet Liddel does appear to regard the defendant as some sort of unusual person. He ends his account of the case with an odd, discomfiting observation about the punishment:

“when it was all inflicted, [Morris] laughed at it.”

What are we to make of this detail? What was Morris’s own understanding of body and self? What did this sailor’s life and lived experience really look like?

Countless questions of these sorts can’t be answered or even explored given the surviving records. We may be able to uncover a few more archival traces. But we’ll never be able to know who William Morris, alias MacLosh, “really” was.

What this case does show us, though, is that the wooden world was far more diverse and complex than we’ve often recognized. And contemporaries were well aware of that fact.

If we want to fully understand that world, then maritime historians’ accounts of life at sea need to consider the sorts of people we meet in cases like this, and their ways of thinking.

Traditional sources, and traditional ways of analyzing them, have tended to overlook and exclude gender and sexual diversity, to ignore individuals like William Morris.

But by attending to unusual records like these trial papers and Liddel’s little-known book, we can continue to build a richer, fuller, and more inclusive history of life at sea.

Seth S. LeJacq Ph.D. is a Lecturing Fellow in the Thompson Writing Program at Duke University. He is currently a Molina Fellow in the History of Medicine and Allied Sciences at the Huntington Library. He can be contacted at https://duke.academia.edu/SethLeJacq.

3 Robert Liddel, A Detail of the Duties of a Deputy Judge Advocate; with Precedents of Forms of the Various Documents used in Summoning, Assembling and Holding a Naval Court Martial... (London: by H. Bryer, 1805).