Piracy has been told as a largely white and male story.

But were there actually any brown or black female pirates, like Anamaria (Zoe Saldana)? (PIctured above, telling off Captain Jack Sparrow [Johnny Depp], in The Curse of the Black Pearl.)

Certainly women on land were (and are) involved in the wider piracy business. But few, if any, were at sea like Anamaria, whose celluloid character was based on white pirates Anne Bonny and Mary Read.

Women's support is crucial to the infrastructure of these organised criminal activities.

By contrast women’s presence is hidden, which means solid proof is rare. But we can piece together BAME women’s probable roles using circumstantial evidence and lenses that see both gender and race.

Piracy impacted on BAME women from Madagascar to the Spanish Main and Nassau to New England. The gendered patterns varied with period and location.

For example, in 2000-2018 Somalia, women were affected by high levels of piracy. Women were not involved in heists at sea, not least because it is a Muslim culture and because so many pirates were ex-military, and therefore male. But they were aboard as carers for the captives awaiting ransom.

Brittany Gilmer writes in ‘Invisible Pirates: Women and the Gendered Roles of Somali Piracy’, (Feminist Criminology, 14: 3, 2019) that they were were care workers, resource dealers, relationship facilitators and financial investors.

The Caribbean was one of the main areas. If you’d been a brown or black woman in Jamaica or Tortuga,  needing to earn a living, you’d have been mixed up in piracy, and certainly mixing with the visiting male seafarers.  Some men were BAME. 60 out of Captain Blackbeard's 100 crew were said to black and brown.

As a woman you might have gained your main earnings as a consequence of piracy, if you could supply what the needy incomers required. 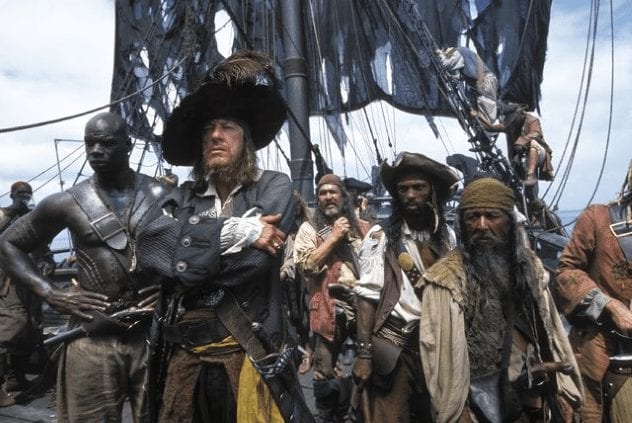 1.What did women do in this Golden Age Caribbean world?

Their five main roles were surely these: 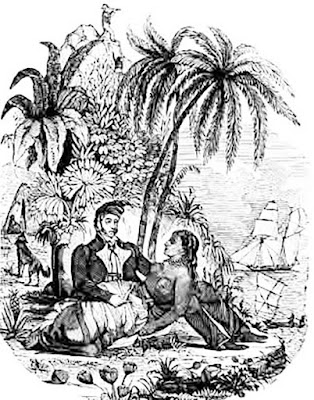 And this pattern was similar with non-piratical seafarers too. For example, in Jamaica in 1780 a formerly enslaved black women, Cubah Cornwallis (c1750-1848), nursed Royal Navy hero Horatio Nelson.

Surely tens of thousands. Estimates say that one-third of the 10,000 pirates of this period were former enslaved men (some escapees).

If this statistic is correct then at least 33,000 BAME men were pirates. If you were the blood relative of a pirate you would be domestically implicated in piracy. These women were not inevitably brown or black but most would have been.

Just before the start of the eighteenth century roughly 6,000 people were in Port Royal, the most infamous of all the West Indies pirate havens. If women were approximately half the population this suggests that at least 2,000 women may have been involved in profiting in some way from the 200-odd ships visiting the port in 1688.

3.Were black and brown women in piracy beautiful ‘co-stars?

It’s unlikely that they were a sort of moll for a Johnny Depp figure. This is mythology. Women who counted as ‘beautiful’ could command the highest prices in the sex industry. This meant that the richest pirate men (captains, who were white) were in a position to attract or buy the trophy women, who were white. And you might not have wanted anything to do with these marauders of the high seas anyway. 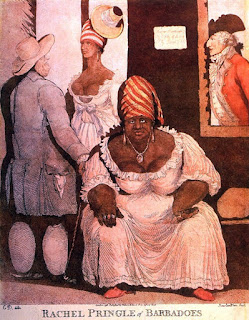 Interestingly, Rachel Pringle Polgreen (1753–1791), who kept a Barbados brothel and is the best recorded Caribbean women in seafaring life, is not portrayed as attractive by today’s standards. But she was very popular.

4. Did black and brown women get rich if they were connected to a pirate?

Possibly. Any newly-arrived ship was an island’s vital opportunity for dirt-poor people to earn in a range of ways. Gain could be substantial, especially from  men newly paid off after a successful venture.

For example when the 300 pirates who’d taken part in legendary Henry Morgan’s raid on Portobello in 1688 went back to their Port Royal base they each had prize money of over  £60. (This was £15,000 in today’s money) or roughly the price of an enslaved human being.) Such prize money was usually spent lavishly, so nearby women gained.

If your pirate was black or brown your situation would have partly been a consequence of the racial attitudes on his particular pirate ship.

In these commune-like situations officers shared out the bounty according to status. For example. a captain might get five shares to the ship’s boy’s half-share.

So BAME pirates’ lack of high-paying roles meant they gained less money than white people. But earnings were often better, if less regular,  than the low wages they could command in legit work on land. 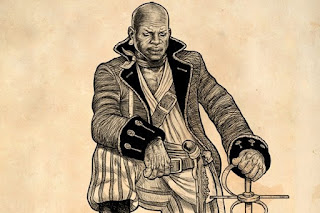 The legendary ‘Black Caesar’ was West African-born and operating around 1710 on Blackbeard’s Queen Anne's Revenge. He is the exception to this pattern. He gained wealth, temporarily.  See imagined version of him here).

5. Was it better to have a black and brown pirate than a white pirate as your man?

In some ways. He was less likely to be hanged than a white man, if apprehended by the law.

Instead a black or brown pirate would be returned to his ‘owner’ or re-enslaved. This might mean he was forcibly located far away from you, in a situation you didn’t want if you had been a relatively high-earning woman in port.

6. Why were BAME women less involved in actually sailing on pirate vessels?

In Golden Age piracy only captains – but not lower crew –sailed with their female partners. (and very few at that).

Captains were usually white, and chose white British women as partners.  For example in the 1710s Calico Jack Rackham on the Kingston sailed with Anne Bonny, a white Irish-American woman who was regarded as his wife. She is said to have had two children by him.  (See artist's idea of Anne, and Mary Read: the tw most famous women pirates.) 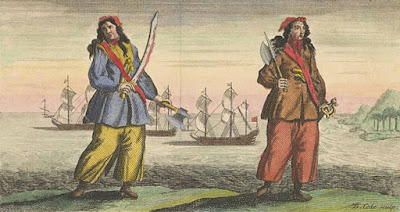 7. What about being captured by pirates?

BAME women in the Golden Age were less likely to be travelling than white women. The few were mainly servants.

Servants of any colour were seen as of less value, not least because they could not be ransomed for a high price. Black and brown women servants would probably have been at the bottom of the chain, and more likely to be raped and discarded.

Black Caesar was rumoured to have had a harem of 100 women captives from ships c1710.Their ethnicity is not recorded. 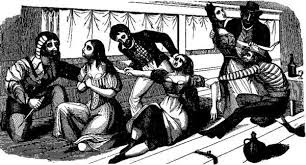 8. Who were the black and brown women who best enjoyed pirate life?

They would be light-skinned, conventionally beautiful, freed women, who were based in ports and prepared to meet white men's needs. The most successful had enough capital and entrepreneurial ingenuity to profit from the more high status men (meaning whites) in visiting ships. Doctoresses and brothel operators were probably the highest earners; it could be a seller’s market.

Women were best off mixing with pirates who were needy after a long voyages . It was most profitable to meet quite soon after the men  had landed, consequent to successfully plundering a vessel. If the women knew how to avoid pregnancy - and in Jamaica they did - so much the better. 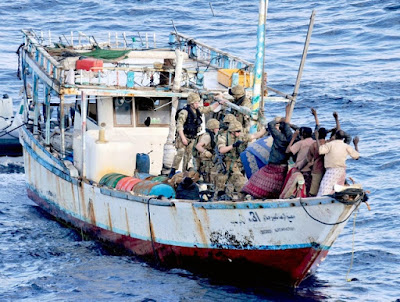 9. Who were the worst-off  black and brown women in the pirate world?

Probably all of them. Pirates were only sometimes gents. They were, and are, men habituated to violence. That could spill over into domestic violence too. For a modern take on it see Shukria Dini’s article ‘Ten reasons why Somali pirates are bad for women’ (https://tinyurl.co/pirateBad).

But women needing the support of a male relative who would remain securely present as a steady earner were especially badly off.  A pirate is part of what is now called the precariat. So you would be in a relationship of feast and famine, and have to tolerating a lot being left behind.

Being morally opposed to the business would bring loneliness and ostracism. BAME women might be the least economically able to survive such difficulties, depending on the sisterly support available and their own resilience.

To my knowledge, there is no solid information on BAME women in Golden Age piracy. But we can deduce a lot from reading histories of piracy in conjunction with modern analyses of BAME and gender.

In relation to what were called the West Indies these include: