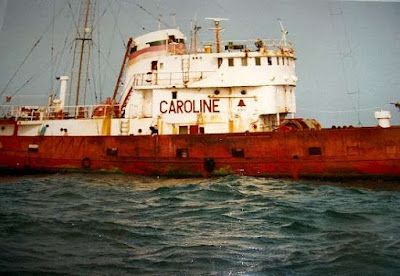 I was inspired to review some of my previous  research on women as offshore radio DJs when the National Maritime Museum put on a talk today about women in pirate radio. Speakers covered the 1980s and 90s.  https://tinyurl.com/women-pirate-radio-NMM

Pirate radio does not, of course, mean that women maraud and swashbuckler like pirates Ann Bonny and Mary Read. But working in off-shore radio does mean the crew live outside the law; their home is a mainly male vessel, out at sea; and they have a glamorous image.

Here’s my summary of the earlier history. It includes the news that – as with many areas of seafaring – women gained job opportunities at sea because of their connection with a man, and because they were prepared to take on traditional female domestic roles for a while. From galley to sound studio was not a big leap in these casual situations. 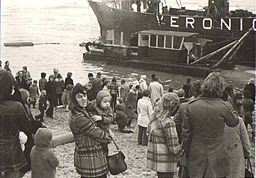 Possibly she DJ’ed from the studio on land (in Hilversum) as many pirate radio ship presenters did. Sometimes the ship was only the offshore base from which technicians transmitted the pre-recorded tapes. 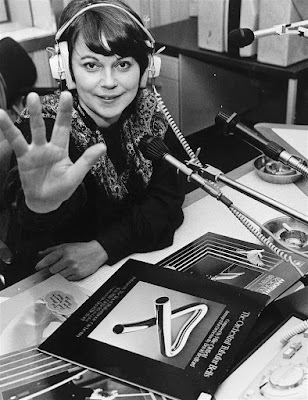 Tineke went on work to become a famous Dutch radio and TV shows. The pioneer she won  the prestigious Marconi Oeuvre Award in 2016.

Picture: Tineke in the early days. Image courtesy of the Netherlands Institute for Sound and Vision

1964. Candy and Susan on Shivering Sands

Their father Reg Calvert ran it, not from a ship but from Shivering Sands. This was a WW2 Maunsell army fort on stilts in the Thames estuary, 14 km from land. 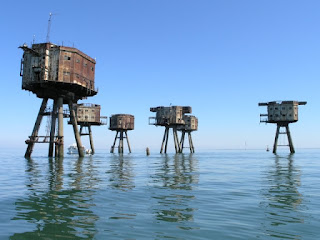 Susan recalls: The seven forts near Herne Bay ‘had narrow, very rocky, catwalks between them, some of them dangerous, high above the rough sea below ... if you fell in you would probably not survive.

“I became the first pirate female DJ.... I can remember quite well that first trip out to Radio Sutch. The station was just being set up - not professional - that came later. It was like a holiday camp and great fun.

‘Not many DJs, just anyone who went – including me –became a ‘disc-jockey’ for the day.... There were mattresses, camp beds, sleeping bags, a makeshift kitchen which became my domain while I was there.’ 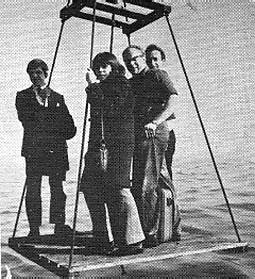 By contrast Susan's younger sister Candy had her own show, Candy's Pop Shop.
When Radio Sutch's became Radio City in autumn 1964 she broadcast during her school holidays.
Candy thinks Susan  probably didn’t present live from the fort  but mainly recorded the show on land.

Picture. Candy Calvert  being winched aloft to the radio station, 1964

Your man aboard helps

I’m interested in the way women get non-traditional work on ships.  On Radio Caroline (1964-today) Debbie England and Samantha Dubois both began their career as seagoing women had for centuries: they were living with a man aboard, did support work while they were there, and came to be trusted and given opportunities.

From as early as the 1750's ship’s steward’s wives assisted the steward did. As the man’s less prestigious half these stewardesses served the food, made the beds and helped seasick people. Eventually from c 1821 shipping companies accepted solo stewardesses, often stewards’ widows, in their own right.

Similarly captain’s wives did not act as under-captains or co-captains. But in an emergency when crew were not fit enough to carry on these wives sometimes took on leadership – and were acclaimed for their skills.

Debbie England was actually the first woman to DJ on Radio Caroline. It was the most famous pirate radio  station at sea  and initially began on a converted Danish passenger ferry anchored off Felixstowe. 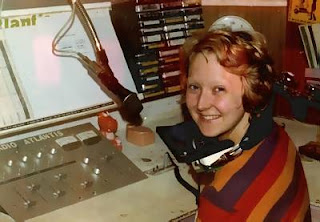 There'd been nine years of male DJs. On 31 January 1973 Debbie did three shows. She was married to DJ Steve England and they had already run a mobile disco business on land together. Debbie was on ship as a cook.

They left in 1974. Debbie now runs Electromedia,  the Cheshire providers of video production and interactive media services. Steve continues to DJ for the pirate station Atlantis.

Samantha Dubois (1955-1992) was the most famous  of the 20th century female DJs on  the pioneering 1960s pirate radio ships. Dave Thompson’s blog about Radio Caroline described her as ‘The First Lady's First Lady.’ https://tinyurl.com/Samantha-pirate-DJ. 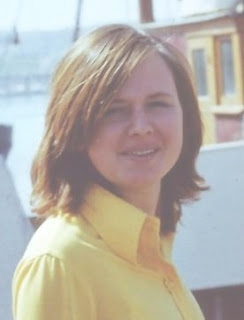 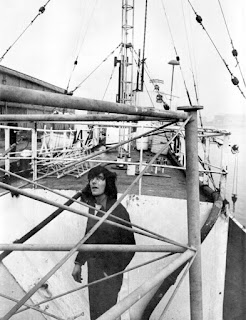 Samantha was her usual name when DJ-ing. She was born Ellen Kraal in the Netherlands, but  grew up in New Zealand.  Her boyfriend was Peter Chicago, the engineer who worked as Mi Amigo’s transmitter engineer , and occasionally made broadcasts

Samantha initially got work as a cook. But then she graduated on 3 March 1973 and began broadcasting.  The relatively ad hoc culture offshore that meant it was possible to have somewhat relaxed ideas about role demarcation.

Her strong mixed accents made her voice memorable. She worked aboard until 1976 and returned briefly in 1977, 1978, and then in 1984 to work on Caroline’s new ship Ross Revenge.

Samantha then married and lived in New Zealand.  She is remembered today on her own Wikipedia page and in pirate radio websites.

Several US women were DJs at the all-American Laser 558, aboard MV Communicator,  a former Lowestoft trawler in the North Sea.

See mini-biographies by Jon Myer for Jessie Brandon, Chris Carson, Jonell, Erin Kelly, Holly Michaels, and Liz West.  They're in the 1980s section of the Pirate Radio Hall of Fame at http://www.offshoreradio.co.uk/

Caroline Martin was actually named after the radio station, because her father was an early fan.  She began working there after being inspired by his tales. From May 1986 she made announcements but then went on to work as a DJ on the Ross Revenge, formerly a fishing trawler. 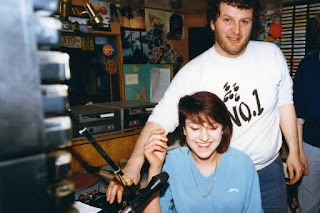 Maritime drama including being winched off by RAF Revenge helicopter in December 1990 after power failures. She later married a DJ, Dave Asher.

“The best years ever were spent on that ship. Through it, I of course met Dave (who is still one of my very best friends) and together we had a son Joshua so, all in all, a lot of good came out of it.

'Also it gave me a knowledge/ appreciation of music that I would never have found anywhere else.' She went on to work for many stations as a DJ.

Did the women DJs feel piratical? Who knows. No woman have left account of their time onboard. Certainly long stints stuck out at sea meant boredom and seasickness.

But being offshore in an informal organisation gave women opportunities that were much harder to get in BBC national and local radio, or in nightclubs.

The exceptional nature of a ship at sea had enabled people – yet again – to transcend role restrictions and become what they fancied, however briefly.

With many thanks to
Steve England, Jon Meyer, and Simon Prentice
Posted by Dr Jo Stanley, FRHistS. at 14:06