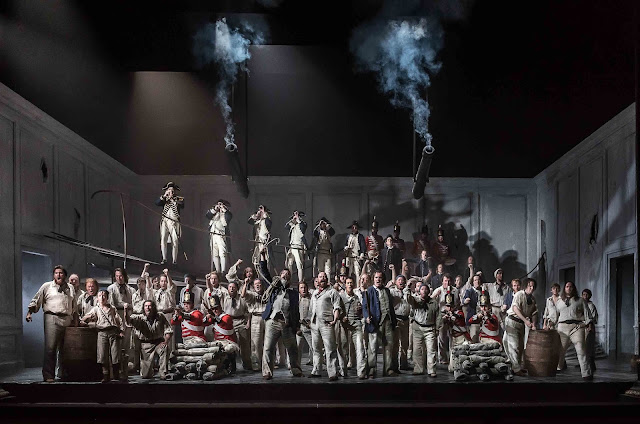 Billy Budd, Benjamin Britten’s opera about an alpha seafaring man who comes a cropper amongst his all-male ship's company - or, arguably, an opera about how covert gay sexual desire on ships goes wrong - opens next week.

This new version is Orpha Phelan’s Opera North production. And the man playing that alpha male in half-Jamaican: Roderick Williams. This is a very daring choice as Black and Ethnic Minority seafarers were only 4 per cent of the navy and racism played a complex part in social relations on board. He may be the first man of colour to play the role.

Williams comments on race in opera too: In a game he plays he looks out across the auditorium:
“The game often doesn’t last long.I count the ethnic minorities. But I might get as far as my mother and stop there.”


Opening night is next Tues, Oct 18, in Leeds Grand Theatre.

For details including the tour list (Newcastle, Salford, Nottingham, Edinburgh) and booking links go to https://www.operanorth.co.uk/productions/billy-budd 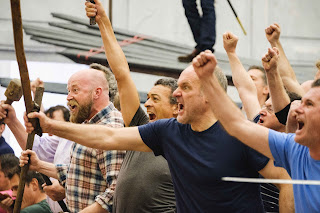 I’ve asked Orpha Phelan the following questions, but sadly she is too busy to reply as yet::

~ This is a very ruggedly masculine subject. What attracted you to it?

~ What does a woman director bring to it?

~ What particular take do you bring to it, with all the awareness of gender you have as a woman knowing Scandinavia's now very equal oppsy society?

~ Women disguised as seamen are a hot topic. How do you think they might have fared on HMS Indomitable? Did that play any part in your thinking? In fact, did you consider having a cross-dressed woman play one of the sailors?

~ Britten is now known to be ‘homosexual’. To what extent were you bearing in mind his queer viewpoint and a then-homophobic society as you made your directorial decisions, particularly perhaps about the complex sexual desirousness that may have lain behind crew envy of Billy?

Orpha‘s website, http://www.orphaphelan.com/ says:
‘Orpha has directed opera nationally and internationally for the last fifteen years. A favourite with Scandinavian audiences, she is the recipient of Denmark's most prestigious prize, the Reumert Award, for Best Opera Production 2016 for her production of Powder Her Face at the Royal Danish Opera.’

Here’s an image from Orpha's Powder Her Face, a “Don Giovanni for the Monica Lewinsky generation'. 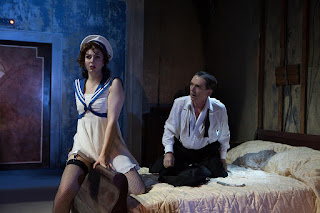 Other Billy Budd productions by women 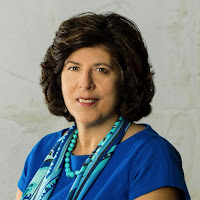 Glimmerglass Artistic Director Francesca Zambello directed Billy Budd for LA Opera in 2014. In a blog item about this Californian production, BREAKING THE SEXUAL CODES IN BILLY BUDD,
http://www.laopera.org/news/blog/Dates/2014/1/Breaking-the-Sexual-Codes-in-Billy-Budd/
an unknown blogger writes:
"In a moment when gay civil rights are a subject of fervent national debate, LA Opera presents Billy Budd - a work populated by people with secret feelings: composed by a closeted gay man; with a libretto written by E.M. Forster, also a closeted gay man. Forster described the resulting tension in the opera as “love constricted, perverted, poisoned, but never the less flowing down its agonizing channel; a sexual discharge gone evil.”

REVIEW: 19 OCT
I saw the opening night last night.
I appreciated it very much. I can't say 'enjoy' because the point is that this is about two bleak subjects: the way humans fail and maim each other, and the misery of living in an enclosed hierarchical world where rugged masculinity and repressed heterosexual desire stymie humanity in relationships.
So if audiences come away miserable that means they've got the message.
For that reason, Budd and his humane pal Dansker (Stephen Richardson) are indeed beacons of comradeship. And the patchy crew solidarity is cause for hope .
Apart from the production being educative in this way (every student of 18C history should go), it was also interesting to see the difference that a seafarer's racial identity did NOT make, in this version.
As an opera performance, the muted greys of the designer's palette were so right. And the ensemble scenes were a particular delight, hinting always at the huge power of the masses, physically below the few gold-braided individuals set on warring with Napoleon