Sea-blindness is a term usually used by people who deplore landlubbers' ignorance of how much we depend upon the sea and ships.
Women in our society are especially made sea-blind as girls are seldom given ships to play with, offered seafaring as a career, or meet successful maritime women as role models.
But in a blog posted in April this year, http://maritime-executive.com/blog/women-at-sea-is-sea-blindness-gendered, Dr Lisa Otto (pictured), a Research Associate in Maritime Security, Coventry University, UK and expert on West African maritime crime took a slightly different turn. 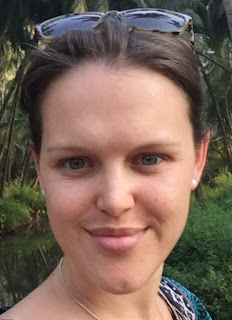 In her post Women at Sea: Is Sea-Blindness Gendered? 1 April 2016 she discusses the discrimination against women at sea and argues 'The sea space appears to have fallen largely outside of conversations around gender equality and representation. Sea-blindness apparently extends to social and gender issues also.'


We are blind to women at sea
As I understand it, her point is that the wider world does not know that women are at sea. And there is blindness to the value and rights of those women that are on ships.
That situation is both a product and a cause of women only being at sea in tiny numbers. Women mariners are less than 1 per cent globally, according to the latest figures, which is a decline from the 2 per cent figure common in 2003.


Captain Zetta Gous-Conradie
Dr Otto cites the very interesting case in April 2016 of:
'a South African female captain of a container ship, Zetta Gous-Conradie, helped to foil an attack by sea criminals in Nigerian waters. Gous-Conradie’s employee records show that she has been at work as a seafarer for more than thirteen years. Her record and actions defy the idea that female seafarers are condemned to ferries and cruise liners. Is it time to revise our ideas on the role of women at sea?' 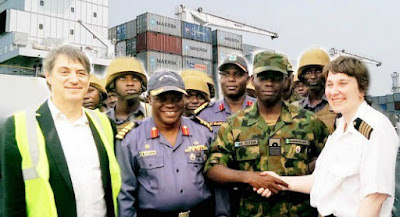 Captain Gous-Conradie's encounter with pirates story can be read at www.timeslive.co.za/sundaytimes/.../SA-heroine-captain-foils-Nigerian-pirate-mob

Responses
The diverse responses to Dr Otto's post are interesting: a woman seafaring veteran of forty years, Jill Friedman, writes 'Yes, there most definitely is discrimination at sea. It starts in the office ashore. Many companies refuse to hire women. I have heard all kinds of excuses, from "we don't have facilities for women" (I can bring my own lock for the bathroom door), to 'the captains wife won't like it" (I AM a captain!), to "women aren't capable of doing the work" (BULLSHIT!)'

While some employers are blind to women as potential seafarers, this is not for want of educative efforts by recruiters, unions and organisations such as the Merchant Navy Training Board. The MNTB impressively offers touring speakers as Careers at Sea Ambassadors as part of its Inspiring Women campaign. http://mntb.org.uk/careers-at-sea-ambassadors

Maybe the problem is also that some females choose to be seablind because life at sea still seems not worth looking at, especially for women who want to combine a career with children.

To me it seems the issue is 'How can women be helped to see that a blind eye should not be turned to the sea as a career? How can employers make it worth women looking -- and even going towards -- maritime life?'
Posted by Dr Jo Stanley, FRHistS. at 01:49