Maritime Media Awards 2016: Opportunities for Women in Marine-Related Occupations - and those who write about them 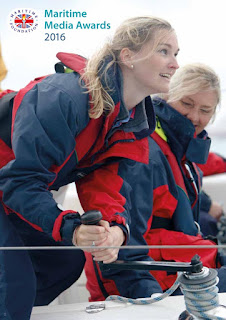 Opportunities for Women in Marine-Related Occupations is the theme for the 2016 Maritime Media Awards, which will be announced at a gala dinner at the Institute of Directors in Pall Mall on Oct 26.
My book, 'From Cabin "Boys" to Captains: 250 years of women at sea', is on a short list of four for the Mountbatten Literary Prize. http://www.bmcf.org.uk/awards/.
Many fascinating brief articles on women and the sea, plus vivid pictures, are included in the brochure for the awards ceremony. It's just out. You can read them all on my website, www.jostanley.biz.

Have women won prizes before? Yes, but not many. I calculate it to be thirteen out of approximately seventy (The total isn't clear because I'm not sure when the digital media award began.) Here's a list for the period 1995-2016: