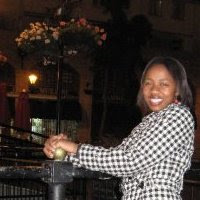 The more I think about cadet Akhona Geveza's death at sea and the alleged sexual harrassment it's exposed, the more I feel appalled.

Latest news is that there's no news - and that no-one has asked for a second autopsy on her, to clarify whether she was murdered or killed herself.

The United Filipino Seafarers website (http://www.ufs.ph/2009-10/node/3879) has added this: The SA Transport and Allied Workers' Union (Satawu), which said it was horrified by Geveza's death, sent its "heartfelt condolences" to her family.

"Akhona’s death should signal to our government the importance of developing our own ship’s register, where South African seafarers can work on ships owned and registered in South Africa, and therefore be protected by South African laws, including labour laws," the union said.

Satawu would seek a high level meeting with Transnet to discuss measures that must be taken to protect trainees from further abuse.

Several cadets in the maritime studies programme, speaking to the Sunday Times on condition of anonymity, said there was systematic abuse of power by senior officers, who threatened cadets’ careers if they did not perform sexual acts. The sex abuse allegations include claims that :

* Two male cadets were raped by senior officials while at sea;
* A female cadet terminated two pregnancies that followed her rape at sea;
* Three female trainees were pregnant at the end of their 12-month training stint;
* A male cadet was sent home a month before finishing his programme because he refused to have sex with a senior official; and
* A female cadet has a child with a married South African Maritime Safety Agency executive after he forced himself on her and threatened to cancel her contract if she told anyone.

Said a former female cadet: “When we arrived on the vessel, there were 10 women, and we were told that the captain is our god; he can marry you, baptise you and even bury you without anybody’s permission. We were told that the sea is no man’s land and that what happens at sea, stays at sea.”

Said another former female cadet: “It was like we were dumped in the middle of a game park.”
Posted by Dr Jo Stanley, FRHistS. at 22:25