Nelson's women - a talk to come 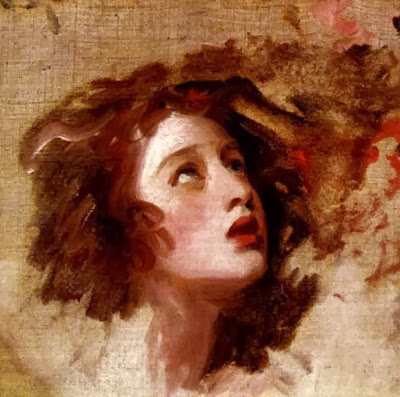 On Wednesday January 8 2014 there'll be a talk at the Queen's House Greenwich on Nelson's women. It's at 14.30.
The stories of Lady Emma Hamilton (above, as Miranda), his lover; Fanny Nisbet (below), later Viscountess Nelson; and Horatia, Nelson's daughter, will all be explored. I certainly believe it's worth thinking about why Emma's is represented in popular culture as both an iconic lover and British heroine as well as blowsy and theatrical working-class upstart. 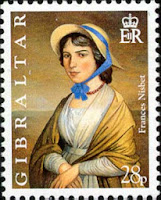 The talk is free but you need to book. See http://www.rmg.co.uk/whats-on/events/calendar/nelsons-women-jan.
If you can't make it to hear about Nelson’s relationships as evidenced by manuscripts from the Caird Library collection, then try:

1. Seeing the movie, That Hamilton Woman (1941)which Churchill said was his favorite film and claimed to have watched over 80 times. 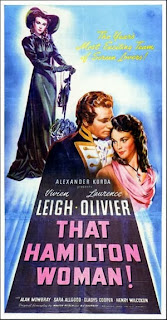 2. Reading Tom Pocock's book, Nelson's Women, Andre Deutsch, London, 2002.
I reviewed the hardback for Mariner's Mirror in 2000, but am not sure it was ever published. The review read 'there is scope for more sophisticated and analytical work to be written by scholars with more understanding of women's subjectivity and a more contextualised understanding of Emma and Fanny as partners of naval men.'
Less politely, the book seemed to be a rather Hello Magazine version of history. It needed 'to show these women's structural relations with their society' and tackle gender rather than just add on potted biographies built of slight vignettes.
Here's hoping this talk is an example of that necessary thoughtful approach.
Posted by Dr Jo Stanley, FRHistS. at 19:52