Seafarers, especially in the 1960s,70s and 80s, quietly contributed to the ending of apartheid in South Africa. This blog,on Nelson Mandela's funeral day, commemorates their roles in the struggle he headed.

Their stories, particularly that of Gerry Wan, highlight the way that the sea not just wet space but an actor in the struggle for justice. And seafarers aren't just people who happen to do an itinerant job. They're global citizens who can use workplace opportunities to make connections that can change the lives of millions.

In letters home seafarers from the UK who sailed to South Africa repeatedly mention their disgust at the white racism there. These were not radical people, simply average ones who believed in fairness.Some say they never want to go back, they are so appalled - and puzzled - by the bigotry.
--
British women seafarers, it seems, weren't involved in direct action.
However, being a historian has taught me that one never knows anything for sure. Many late-emerging tales prove evidence of the contrary to existing assumptions.
On ship and ashore these upper-working-class women met black people traveling as passengers and crew. Early 20C stewardesses (such as Julia Andrew, see picture, on Elder Dempster ship, laundresses and nurses came back with stories and photos which educated those around them who had less understanding of people from other cultures and their struggles for justice. 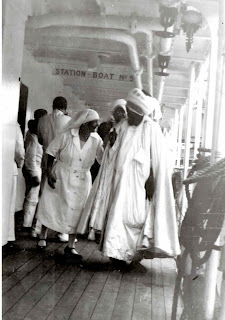 --
London Recruits, an anthology of writings by committed radicals who smuggled anti-racist material to South Africa, shows clearly (but too briefly) that some seafarers took their sense of outrage a step further. They used their position as people going routinely to and from for their work, to help the struggle, via the African National Congress and the South Africa Communist Party. See London Recruits: The Secret War Against Apartheid, compiled and edited by Ken Keable, Merlin, London, 2012.

The book's website includes fuller stories that have newly emerged:http://www.londonrecruits.org.uk/index.php/items-received-since-the-book-was-published

One of these is of Gerry Wan ...'a Liverpool-born black seaman who worked on the Union Castle line. He sailed out of Southampton to Durban on a regular basis' according to Roger O'Hara's speech on that website.
Gerry ‘would carry messages, documents and sometimes large amounts of money that he left in “post boxes” for the ANC to pick up later. As he once said, he realised, if he was caught and being black, the regime would not jail him, but treat him much worse.'
--
Ex-seafarers George Cartwright, Eric Caddick and Pat Newman at very short notice joined luxury yacht Avventura to take 20 young freedom fighters from Mogadishu to somewhere on the South African coast to join the armed wing of the ANC.
Engine problems stopped them continuing. South African police caught and killed five of the 20 young men as they attempted to travel over land instead.
British supporter Billy McCaig was supposed to prepare the Avventura’s reception. But he was captured and with Sean Hosey was tried as part of the Pretoria Six. Hosey served five years in jail.
--
O’Hara, who knew the Merseyside seafarers, said ‘Some years later we were informed, by ANC members who were studying at Liverpool University, that we shouldn’t see the episode as a failure... The government media had [implicitly] alerted the population the ANC was not dead.'
The publicity around the slaughtering had actually revealed that although 'Mandela might be in prison the ANC was still active. This news was dramatic as it gave the rank and file ANC members their confidence back.'
And Liverpool City Council has agreed this year to put up a plaque commemorating Merseyside people's contribution, especially that of the seafarers. 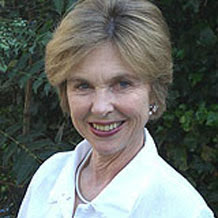 At least seventeen young women from Britain were among the people who in the 1970s and 80s smuggled British-published flyers and newspapers and leaflets to be circulated to activists in South Africa. It was vital information that the South African upholders of apartheid had suppressed.
--
Mary Chamberlain was one such student. In 1972 she sailed with her ‘husband’ Carey Harrison as newly-wed immigrants on the SS Vaal,.on board were couples ‘hoping for a new and better life in South Africa where we could raise a family in a wholesome environment, free of the stresses of unbridled immigration and interfering socialists.’
Mary and Carrey took ‘old-fashioned wooden tea chests … each …with a false bottom containing brief histories of the South Africa Communist Party and copies of a comic book. Simon and Jane told the simple love story of a young couple torn apart by apartheid, and driven to take up arms and fight for justice. Its centre-fold gave instructions for making a Molotov cocktail.
‘We had over twenty packing cases containing 2,000 SACP histories and 5,000 comic books, all printed in super-fine paper … We filled the cases with duvets and pillows, plastic colanders and egg-whisks, anything that looked plausible but weighed nothing.’
Much stress followed as Mary’s article on the website shows. But they accomplished their mission and returned safely. Mary is now Emeritus Professor of Caribbean History at Oxford Brookes University.

Mandela had not then achieved 'Living God' status but was simply one of the many black brothers (often underground and in prison) whom socialists identified with and helped. Acting as courier was just doing one of the many covert and unsung things internationally that helped build the African National Congress and eventually bring it to power.

This is a good day for remembering two things: how much we still need to work together worldwide as people struggle for justice; and how much some fair-minded unsung people all over the globe inspiringly helped to win the justice implicitly being commemorated today in Soweto.
Posted by Dr Jo Stanley, FRHistS. at 03:07