Sex, race, drugs – and some liberation – in Limehouse’s 1920s sailortown 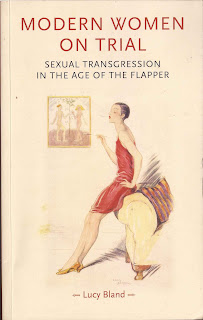 Sailortowns and port areas of cities have long been seen in popular culture and maritime history as sites of sexual and racial difficulty. Cruikshank’s cartoons early showed that no decent woman would go there. Anyone foolish enough to do so would lose her virginity or her reputation, usually both.
The problem by the early twentieth century was perceived to be not only seafarers but ‘aliens’. Foreign seamen, therefore, were a double danger. Miscegenation was a looming disaster.
In her new book, Modern Women on Trial: Sexual transgression in the age of the flapper, historian Lucy Bland devotes a chapter to representations of the British women in the early 1920s who became wives, lovers and allegedly ‘doped victims’ of Chinese seamen and Chinese settlers in London.

LIMEHOUSE AS THE EXOTIC EAST
She reminds us that Limehouse, in London’s East End, stood as the epitome of a sinful location. In the late nineteenth and early twentieth century equivalent of the red-top press Limehouse was othered as a place of opium dealing and gambling associated with the ‘yellow peril’ that threatened ‘English womanhood’ and all that entire trope symbolised, including imperial identity.
Bland found that some young white working-class ‘women were lured to/by a metaphorical East … whether or not the spatial East (End) figured.’ That is, going to the East End and mixing with Chinese men was a way of metaphorically traveling to the exotic Orient, a sort of ersatz mobility at a time when most women could not afford real voyages.
Racism was mixed with anxiety about sexual morality and criminality, especially gambling – in fact with any unruly modern practices that could not be policed. Within Bland’s chapter “Butterfly women, ‘Chinamen’, dope fiends and metropolitan allure” is a discussion of the way popular culture imagined effeminate, unclean and possibly sadistic Chinese men luring thrill-seeking young white women into debauchery.
This scandalised version of gullible females being drawn into Limehouse degradation contributed, she argues, ‘to a discussion of the modern woman across class, her questionable morality, and her unsuitability, indeed non-eligibility, for full citizenship.’ She was too feckless to be allowed the vote. (Of course, only well-off women over 39 had won the vote in 1918; full suffrage for women was not granted until 1928.)

MODERNITY FEMININITY ON TRIAL
Indeed the whole book is about the sensationalised legal trials of modern women, 1981-24, be they young flappers or matrons on a troubling path. It’s about women who were accused of being surplus, promiscuous, sterile, sensation-seeking, addicted to cocktails and dope, too easily duped, insufficiently compliant, lesbian, liars, prone to acting with sexual agency, so disrespectful of their husbands that they tried to murder them, and above all pleasure-seeking. The typical flapper’s hair was too short, as was her skirt; her chest was too flat; her waistline was too dropped; her general look far too boyish to be tolerable.
‘The trials in effect became vehicles not simply for the passing of judgement on an individual, or on a particular type of women,’ argues Bland. The reporting of court testimony ‘also entailed the castigation of women more broadly, particularly their pursuit of independence, consumption and sensation.’

SAILORTOWN AS FREEDOM SITE?
The representation of this particular version of a sailortown was thus not just more of the usual stuff, the familiar moral disapproval and othering of sailortowns.
It also, for the first time, linked what we might call women’s liberation with waterfront areas, those physical and social borderlands that allow new possibilities. And this book is the first time anyone has made that connection clear.
Lucy Bland does not discuss any trial of women associated with Chinese seafarers, as such. Presumably there were none. Instead she reports on that of trafficker May Roberts who lived with a Chinese man and of other women associated with opium circles, who “rashly chose to overlook the fundamental incompatibility of ‘East’ and ‘West’”.

‘ALIENS’, GENDER AND TRANSGRESSION
People interested in maritime and port history know that the post-war presence of ‘aliens’, including seamen, brought huge white anxiety about jobs being ‘stolen.’ This was most strongly expressed in the 1919 anti-race riots in ports such as London, Glasgow, Liverpool, Cardiff, Salford, Hull, South Shields, Newport, and Barry. A strong focus was on South Asian, African, Afro-Caribbean, Chinese and Arab seamen, some of whom accepted lower wages. For more details see http://www.open.ac.uk/researchprojects/makingbritain/content/1919-race-riots
But this book is the first to discuss how anxiety about changing times was expressed and produced by women’s trials and the accompanying narratives about ‘modern femininity’.
In passing, Modern Women on Trial is a help in the new process of understanding women’s positions in this othered world of seafarers. Through it we can see this London sailortown as a socially liminal place where mixed-race liaisons were possible. 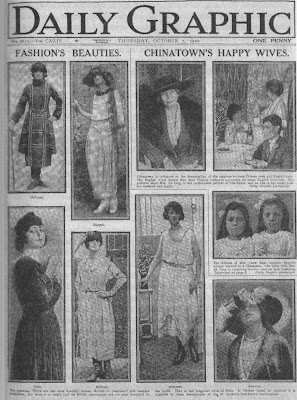 It helps us begin to imagine the extent to which those who enjoyed such relationships and felt them to be not transgressive, such as 'Chinatown's happy wives', did so in the face of xenophobic hysteria about miscegenation.
Seafarers’ liaisons across the divide are a subject in urgent need of an oral history study now, while the people of the climate described in this book are still alive to tell its many hidden stories.