War, Oral History and LGBT lives in the Merchant and Royal Navies

Queer, Proud AND in the armed forces or Merchant Navy? Yes, it happened – and happens. 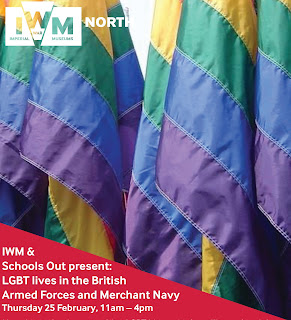 Imperial War Museum North is concerned that this queer military history should be out in the open. And one of the best ways to do it is by talking to the queered people who’ve been in that position, and recording their stories on audio and video for posterity
So on Thursday 25 Feb the museum and Schools Out jointly hosted a Manchester day on oral history: LGBT lives in the British Armed forces and Merchant Navy.
As part of the LGBT History Festival, which took place in 6 cities this year, the speakers (see pic) were me, Dr Emma Vickers, Prof Charles Upchurch and Jonathan Snipe 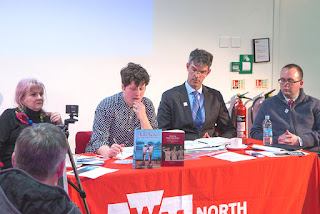 Emma’s path-breaking account built on the interviews with the trans people she did for her book Queen & Country: Same–sex desire in the British Armed Forces, 1939–45. 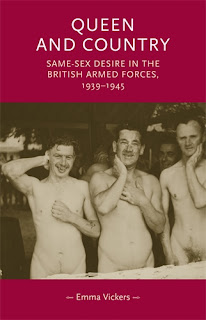 Charles' summary appears here: http://lgbthistorymonth.org.uk/professor-charles-upchurch-on-military-masculinity-and-same-sex-desire-in-early-nineteenth-century-britain. He is known for his book Before Wilde: Sex Between Men in Britain's Age of Reform University of California Press. http://www.ucpress.edu/book.php?isbn=9780520258532. 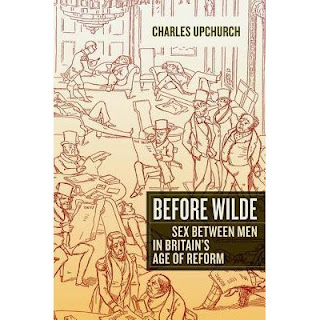 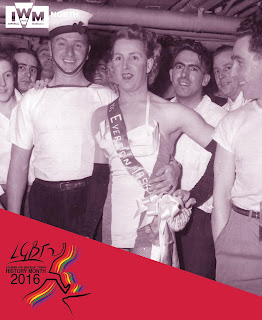 I spoke about the particular challenges and benefits of doing oral history with LGBT men in the Merchant Navy and to a lesser extent in the Royal Navy.
The struggles include:
~ people find it hard to speak out freely if they were earlier demonised and shamed
~ finding the occluded non-camp stories of homophobia
~ that some informants retract. Going public is just too painful.

The boons include that interviews often produce vital evidence, including photos and objects museums can use.

~
The MN and RN had very different queer cultures: camp MN people, especially stewards, were welcomed on ships, unlike the non-camp deck and engineering officers who had to be much more covert – in fact, rather as their colleagues in the forces did.
being out in the MN was easier if you were camp.

Beforehand I’d had my doubts about whether we should even be talking about MN and RN in the same space. But actually I ended up seeing a lot of relevance, including the tragedy of young people in both services committing suicide or losing their careers, just because of their orientation. 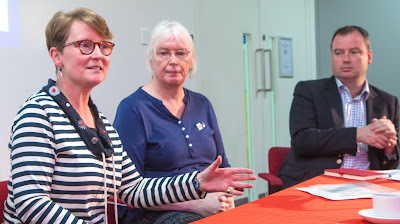 For me the highlight of the day was the brief autobiographical summaries by three veteran activists: Elaine M Chambers, Caroline Paige and Ed Hall (L to R in pic).
Caroline afterwards made the important port that ‘military LGBT history is being glossed over, even driven underground, by the MOD itself … [in] for a desire to show off a good PR model of the military of today … it isn't portraying the historical truth.
‘A few of today's generation are being 'shown off' and credited with making the military inclusive’ she said. By contrast, she declared, the change was mainly due to ‘the inspirational efforts of a previous generation of role models and doers. ‘
Her article appears in the Huffington Post, http://www.huffingtonpost.co.uk/caroline-paige/lgbt-history-month-a-military-snapshot_b_9348388.html
Ed made a vivid point that will long stand out for me: that only in military could such opposed orders be carried out with such alacrity. One day ‘homosexuals’ should be rooted out. The next day homophobes should be rooted out. And it was done.
Afterwards I went away and read his book in one all-night sitting: an important asset to queer history that should not have gone out of print. 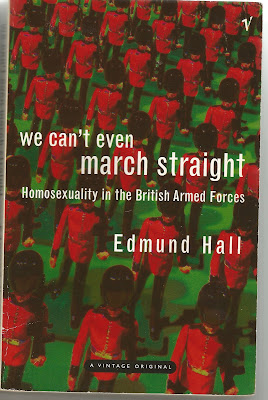 For me the day was a very moving and inspiring one. It revealed a much more complex, long and nuanced version of queer armed forces history than is currently evident.
And it showed how vital it is that survivors of this past tell their story and have it fully represented in all our museums. Some military veterans deplore this past as insufficiently masculine and brave.
But being out under all sorts of fire is an impressively courageous way of living.
Posted by Dr Jo Stanley, FRHistS. at 02:29