Imprisoned on a Scientology ship 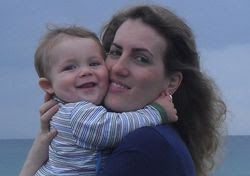 Ships can be prison-like enough, so who needs to be ideologically imprisoned too? Who needs to be kept from leaving by a guard at the bottom of a gangway?

The Village Voice today released an interview with Valeska Paris (born 1977) who was imprisoned for twelve years on the Scientology cruse ship Freewinds. The vessel sails the Caribbean and 'caters to wealthy Scientologists paying for the highest level of spiritual training' at $8,000 a time.

At 17 Valeska, from a Scientology family, was put on board but told her stay would only be two weeks.'For her first six years, she worked as a waitress in one of the ship's restaurants... [later she]became an auditor and an instructor of courses.'

Isn't a life on the ocean wave OK? the reporter asked her. No. '"The schedule in the Sea Org is very different than in the real world. You'd get up at 6 and go to work, and you'd work until midnight. In 1997 and 1998, after our regular jobs we were up every night until 4 am cleaning up asbestos," she says. "There was rubble on the deck. We'd have to go behind the guys doing renovations, vacuuming up dirt until 4 in the morning."

'For several months, she alleges, she was punished with an assignment in the ship's engine room, where at one point she passed out from the noise and heat.'Men were put there as punishment too, so it wasn't gendered. But she didn't leave. Why not?

'"You're so resigned to it," she says. "I had grown up in Sea Org. I never had a bank account. You get 50 dollars a week. You don't have a passport. If you want to leave the ship, you have to go down the gangway, and there's a security guard there 24 hours a day." (Valeska's passport had been taken from her when she boarded the ship; the church says that was just maritime procedure.)'

For all that her situation was so appalling, essentially it is not unlike that of many crew members on some cruise ships today: long hours, low wages, gaol-like conditions and the maintenance of a disempowering mindset that means people think they can't get away.