Queer US seafarers and their union 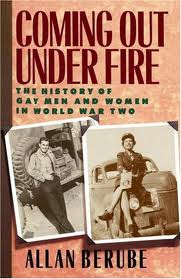 Allan Bérubé has long been one of my favourite historians, so it was a great treat when his new book arrived through my letter box last week: My Desire for History: Essays in Gay, Community, and Labor History, Chapel Hill: UNC Press, 2011. And it was even better than I had imagined possible. Do get it!

Although Allan died in 2007, he is very much alive in people’s minds for the important community history work about sexuality that he did, most notably Coming Out Under Fire. And I am one of many who mourn that his incomplete history of the US Marine Cooks and Stewards Union is still not published.

Several draft chapters from it that appear in My Desire for History give us a taste of path-breaking material that deserves to reach the wider public: the story of men’s – and women’s - co-operation in building a union in the 1930s and 40s that was progressive, pro-black, gay-led (and then wrecked by the Cold War, as so many laudable initiatives were).

It’s very much a story that parallels my work on gay seafarers in the UK, 1945-1990. But Bérubé writes about men who camped their way across the worlds oceans two decades before most of my informants, and who were far more active in their organisation than British queens were in The National Union of Seamen.

The project of editing his manuscripts deserves prompt attending and funding. Such an extraordinary and heartening history is needed in a world where LGBTTQ matters and unionisation do not go hand in hand.
Posted by Dr Jo Stanley, FRHistS. at 10:27