Refugee women catheterise themselves on ship: victims or problem-solvers? 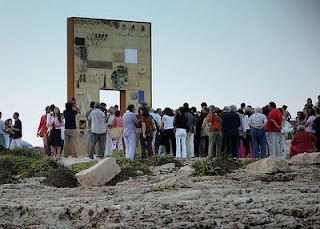 Sometimes people ask me – somewhat rhetorically - what difference gender makes on ship, especially in these modern times. Surely none?

But no, women do have it harder. Especially if racial issues are part of the equation. Stories of some refugees leaving Libya on ship indicate that enduring and silly myths about pregnant women’s ‘impurity’ continue and have a role at sea. And some women continue to not challenge men about this. It comes at a cost to their health and comfort, and at a time of already appalling difficulty on fraught voyages.

Today Dada Aladelokun writes in The Nation online about 32-year-old expectant mother, Nigerian Madeline Adebisi . She and her husband had been living in Libya. http://www.thenationonlineng.net/2011/index.php/news/10270-32-year-old-expectant-nigerian-turns-refugee-camp-tenant-in-europe.html

In a rather heightened article (‘her heart harbours a killing tempest: She may not see her beloved husband again, dead or alive!’) it’s reported that Madeline Adebisi is one of the 45,000 migrants who made their ways to a refugee camp in Lampedusa, Sicily, in the last five months. The moves follow NATO bombardments and Gaddafi’s strategic decision ‘unleash an unprecedented wave of illegal immigration’ on Europe.

Aladelokun’s article quotes Barbie Latza Nadeau's June 12 report in Newsweek. It reports that Mrs Adebisi was pushed onto a ship at midnight, with hundreds of others, on an emergency trip to “nowhere in particular” against her wishes. The voyage “takes about four days and conditions on the ship are often horrific. There is little food and there are no toilets on board.

“Expectant women are often forced to insert catheters before boarding so that their urine won’t ‘poison’ the superstitious men.” She was about five months pregnant.

Only last week I happen to have witnessed someone being connected by small latex tube from urethra to disposal bag by a small tube – in sterile conditions. An A&E Sister catheterised my elderly mother, who hated the intrusion.

The nurse told me that actually it feels a bit like putting in a tampon, only easier because the tube is so small. It’s less than half a centimetre in diameter and even more pliable than a rubber band. The distress is caused by it being inserted into a place that has usually never been so penetrated.

So the issue is not that these pregnant passengers endured pain, but that they did something invasive under duress. And they did so in a stressful and potentially harmful conditions.

(Usually the area round the urethra is cleaned with a 0.9% sodium chloride solution, to avoid urinary tract infection. And there is risk of trauma to the urethra if the correct procedure isn't used.)

And there’s the indignity of catheterising yourself without privacy in a crowded situation. And then what happens? You are presumably encumbered by a 17oz/500ml drainage bag strapped to your leg in a cramped melee, where lavatories are rare and overloaded.

On the other hand, as there were no lavatories at all on her ship, this woman may have made a very creative decision. It enabled her to avoid the problem of urinating in public. This usually involves hanging over the side of the ship, which might have especially awkward for heavily pregnant women in bulky clothes.

(The situation is akin to cross-dressed women seafarers historically resorting to a silver or horn urinating instrument - at bit like today's plastic Shewee. The difference is that they did it disguise their sex.)

Madeline Adebisi, who is now about to give birth, was on a ship that lost its rudder off Lampedusa’s shore. “Unable to steer, its captain abandoned the wheel and the ship smashed onto the rocks, a stone’s throw to the Door to Europe, a statue erected as a memorial for immigrants who died at sea while trying to reach the continent.”

“‘They just kept screaming and screaming, calling desperately for help. I was so worried we would lose some of those babies,’ Lt. Marco Persi of Italy’s military police reportedly recalled.”

Mrs Adebisi said “‘I thought I was dead that night when the boat crashed… I was sure my life was over.’… The United Nations High Commission for Refugees (UNHCR) has estimated that in the past two months, at least 1,600 people have died at sea while fleeing their countries for European shores.” They include pregnant women.

For me the interesting side-point is that Madeline Adebisi and her shipmates already had catheters with them. They were former hospital workers so they were in a position to prepare.

But a refugee information network must have alerted them to the idea that catheters were needed in such a situation. Or were catheters simply part of some extensive medical equipment the women had cannily appropriated from the hospital when they lost their jobs - not least in revenge?

Is this story actually not about women's victimisation, but about their creative - and angry - finding of solutions in a crisis? The key to it probably lies in the word 'forced.' Does it mean women felt impelled by circumstances to make this choice? Or that men bullied women into doing it?
Posted by Dr Jo Stanley, FRHistS. at 23:45